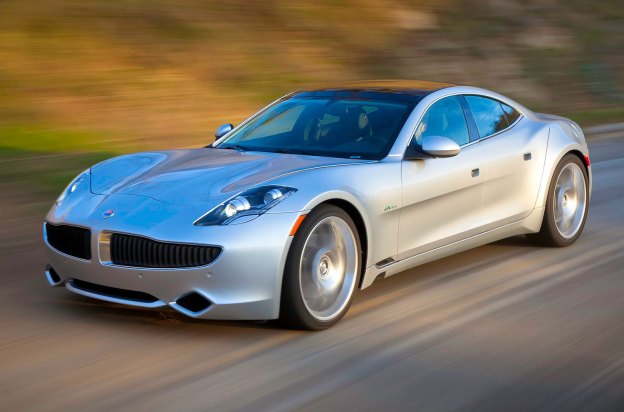 The Fisker Karma plug-in hybrid sedan sounded like a dream car. It was supposed to posses the performance, luxury, and style of the world’s finest automobiles, and the economy of its most frugal.

The dream seems to be over. The Karma has been plagued with problems, and so is the company that made it. Having shut down production months ago, Fisker laid off most of its employees and is currently seeking a buyer. Company founder and namesake Henrik Fisker jumped ship in March after a dispute with Fisker Automotive’s Board of Directors.

That sounds pretty bad, but a new report by Reuters shows that things were much worse behind the doors of Fisker’s California headquarters. Delving through the company’s records, Reuters found that Fisker lost at least $35,000 on each of the 2,450 Karmas it built from 2011 to 2012.

Speaking anonymously, a former Fisker executive said the Karma “cost far more to produce than we could ever charge for it.”

That high price was the result of a convoluted development process. In addition to overcoming the obvious complexities of the Karma’s plug-in powertrain, engineers also had to take pains to preserve Henrik Fisker’s original design.

When it became apparent that the Karma’s unorthodox forward-mounted exhaust was hurting power and making too much noise, engineers encased it in a steel box called the “Pizza Box,” which added millions of dollars in development costs.

The need for unusual fixes like this meant Fisker had to ask suppliers to hand build parts, increasing the price of individual components as much as threefold.

Consequently, Fisker was often cash strapped. After the company failed to meet development milestones, the U.S. Department of Energy stopped payments on its $529 million loan to Fisker, a fact that was kept secret from investors for months. The company only saw $192 million of the DOE loan.

No story about a failed company would be complete without some capitalistic excess, and Fisker is no exception. Even as cash dried up and employees were laid off, Henrik Fisker and partner Barny Koehler continued to draw salaries of $600,000 to $700,000 each.

Fisker also threw a pre-race party onboard a 146-foot yacht for the 2011 Monaco Grand Prix. “Guests drank glasses of champagne served with flecks of gold,” the Reuters report said.

The event cost between $80,000 and $100,000 which “wasn’t lavish by auto-marketing standards, but by this point every penny mattered. Within weeks, the Energy Department stopped payments on its loan.”

Fisker is estimated to have lost $1.4 billion total. With a buyer nowhere in sight, the Karma is officially an orphaned car.

Topics
Tesla to fix window software on 1M of its U.S. cars
Cruise’s robot taxis head to Arizona and Texas
Jeep is launching its first two electric SUVs in the U.S. in 2024
Are EVs more expensive than gas cars? It’s complicated
Uber says it’s investigating ‘cybersecurity incident’
Nvidia’s Drive Concierge will fill your car with screens
The Uber hack is an outrageous tale of a teen hacking for fun
Lux and refreshingly livable, Mercedes’ EQE moves EVs mainstream
How to watch Tesla’s AI Day tonight and what to expect
2023 Audi Q4 E-Tron first drive: the predictable and traditional EV SUV we need
We need more 7-passenger EVs, but the 2023 Mercedes EQS SUV has room to improve
Tesla AI Day 2022: Optimus, self driving cars, and everything else announced
Tesla hopes full self-driving beta will be out globally by the end of 2022