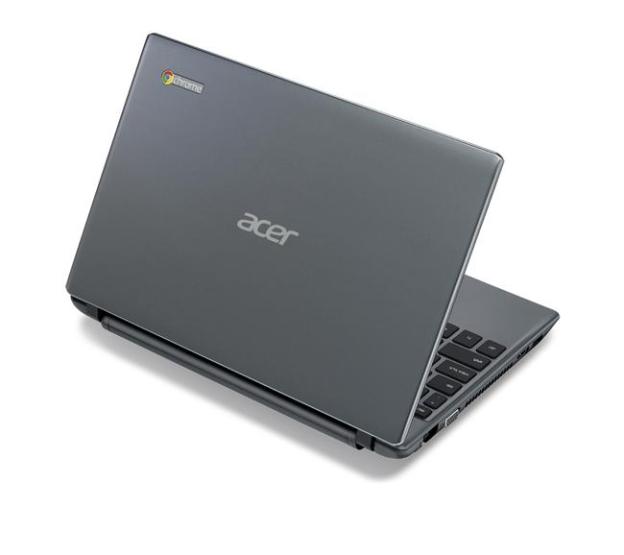 Just as the price of Chromebooks seems to be edging up from the $250 price tag set by the popular Samsung Series 3 Chromebook, Acer wants to re-set prices back to $200 with its latest iteration of the the C710 Chromebook (C710-2833).

After introducing a $200 C7 in late 2012 and a $280 C710 back in March, the Taiwanese company has quietly tweaked a variant of the laptop so that it’ll cost $80 less for those shopping on a tight budget. The $280 and $200 Chromebooks are nearly identical. They share the same 11.6-inch, 1366 x 768 pixel resolution display, 1.1GHz Intel Celeron 847 processor, Wi-Fi, webcam, and run the same Chrome operating system. They even have most of the same ports and slots that you’ll need for a basic computer: three USB 2.0 ports for plugging in peripherals like a printer, an HDMI-out to make it easy to plug the Chromebook into a high-definition television, an Ethernet jack, and a full-sized SD Card slot for moving photos and other media files. It doesn’t hurt that the cheaper Chromebook shaves off 0.1 pounds from its bigger brother (3.1 pounds versus 3.2 pounds).

What the $200 C710 lacks when compared to its slightly more expensive older brother is storage space and on-board RAM.

While the newer C710-2833 Chromebook comes with a 16GB solid-state drive for faster bootup speeds, $80 more will give you access to 320GB of internal storage, albeit on a standard hard drive. In a way, Acer can get away with offering less internal storage on the $200 C710 as it offers owners free access to 100GB of Google Drive cloud-based storage for the first two-years. Plus, the built-in SD card slot means you can always expand the laptop’s storage capacity with a cheap media card.

The cheaper Chromebook also skimps on RAM, providing only 2GB out of the box (but you can upgrade to 4GB on your own). The $280 model, on the other hand, comes with 4GB of RAM, which should be better at handling keeping multiple tabs and windows running at the same time.

If you’re looking for a $200 Chromebook, you should head to Best Buy to pick up one of these Acer C710 Chromebooks before they sell out. Although it’s possible that other Chromebook manufacturers might follow suit and announce price cuts to keep pace with Acer’s C710-2833, it’s hard to imagine laptop prices going below $200.