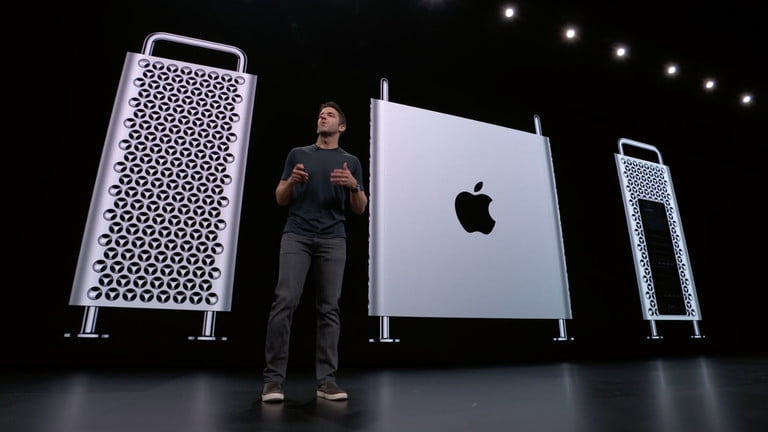 Ever since Apple unveiled the Mac Pro at WWDC 2019, people have wondered when the ultra-powerful computer and the related Pro Display XDR will launch. We finally know the answer: Both will be available to order on December 10.

An email to customers, first spotted and highlighted on Twitter by Marques Brownlee, reveals a date for customers to purchase the high-end hardware.

Previously, the most precise launch date had been gleaned from a tidbit tucked away at the end of Apple’s announcement of its brand-spanking-new 16-inch MacBook Pro, which comes with a new keyboard, high-resolution display, and powerful processors. With typical modesty, Apple proclaimed that “the all-new Mac Pro, the world’s best pro desktop, and Apple Pro Display XDR, the world’s best pro display, will be available in December.”

This means it’s possible you’ll find something remarkable under your Christmas tree, although custom configurations will likely take weeks to be built and delivered. Slipping the date later into December creates fiscal challenges; Apple will be loath to miss out on the lucrative holiday period, and the closer it launches the Mac Pro to Christmas, the more it’ll be cut out of the seasonal shopping bonanza.

The 2019 Mac Pro is Apple’s total redesign of its high-end desktop machine. The previous version — colloquially known as the “trash can” Mac Pro — came out in 2013, but Apple later admitted its slim cylindrical design made it difficult to upgrade with more powerful components, as they would risk overheating. Instead, the 2019 Mac Pro has taken a more conventional tower design reminiscent of the Power Mac G5 from all the way back in 2003.

The Pro Display XDR, meanwhile, is the first standalone high-resolution display Apple has sold since it discontinued the Thunderbolt Display in 2016. Apple claims it offers exceptional brightness and contrast that puts it far beyond the realms of HDR — and we’re inclined to agree. With a brightness of 1,000 nits, a 1,000,000:1 contrast ratio, and a totally redesigned LED panel, it’s a behemoth in the pro monitor world.

Fancy getting hold of the Mac Pro and the Pro Display XDR? The Mac Pro starts at a whopping $6,000 (which is actually surprisingly reasonable considering its insane components), while the Pro Display XDR costs $5,000. While these seem like extortionate prices, they compare quite well to the Windows world when you start getting up into the stratospheric heights of professional work that these devices occupy. After all, it’s unlikely someone like George Lucas or Calvin Harris will be fussed about the price given the power they get in return.

Video-editing app LumaFusion to get a Galaxy Tab S8 launch
Apple has a bunch of new products coming, but not this year
Apple’s October event may have been canceled before it began
The rumors about the Surface Pro 9 may have been true
The 7 best Macs of all time
Don’t miss your chance to get this Lenovo gaming laptop for $730
Google Japan’s bizarre new keyboard can also catch (literal) bugs
This new PC case might be the weirdest one I’ve ever seen
This HP Workstation laptop is over $2,300 off (seriously!)
Best MacBook deals and sales for October 2022
More status options coming to Twitter, including ‘don’t @ me’
Edit Tweet feature is finally rolling out to Twitter Blue subscribers
Adobe Free Trial: Try Creative Cloud for free