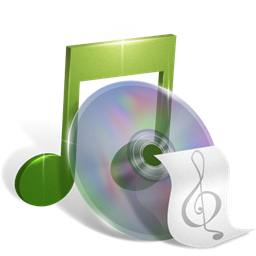 These days, you’d think Apple’s up to its neck in iPad 2 and iPhone 5 development. And you’d be wrong: According to CNN, Apple is also hard at work improving its iTunes’ file quality. Other digital music vendors are also in talks with record labels, and if the development becomes a reality, consumers’ digital music library will be getting an impressive upgrade.

At the moment, iTunes song files are encoded in 16-bit sound – compared to studio recordings, which are generally 24-bit. The downgrade is a necessary one, seeing as many consumer devices don’t support the high-fidelity audio format. But according to music exec Jimmy Iovine, a lateral quality change is coming with Apple leading the way. “We’ve gone back now at Universal, and we’re changing our pipes to 24 bit. And Apple has been great. We’re working with them and other digital services – download services – to change to 24 bit. And some of their electronic devices are going to be changed as well. So we have a long road ahead of us.”

While many Macs and PCs can already handle 24-bit playback, future iPhones and iPods will both need adjustments, as will various other PMPs. Competitors will be pressed to step up to the plate: ITunes is responsible for approximately 66 percent of digital downloads, and Apple has made a concentrated effort in recent years to improve its audio quality. But with better sound also comes higher prices, and maybe iTunes rivals would be better-suited to keep their 16-bit files and low prices for customers, who would rather have fuller wallets than studio-quality music files.

And there are a lot of those types of consumers out there. A good amount of digital downloaders aren’t music snobs, and are very accepting of flawed files. According to Shawn Layden of Sony, it’s about accessibility, and not quality. “The challenges of music right now – I don’t think the primary one is a quality issue. Music lovers worldwide are mostly keen right now on the convenience of access – make it easier for me to have.” And he’s got a point: Recent studies found that people are making even less of an effort to illegally download music. Sony is set to launch Qriocity in the US soon, and from the sounds of it, it isn’t focused on offering 24-bit files — or higher prices, for that matter.