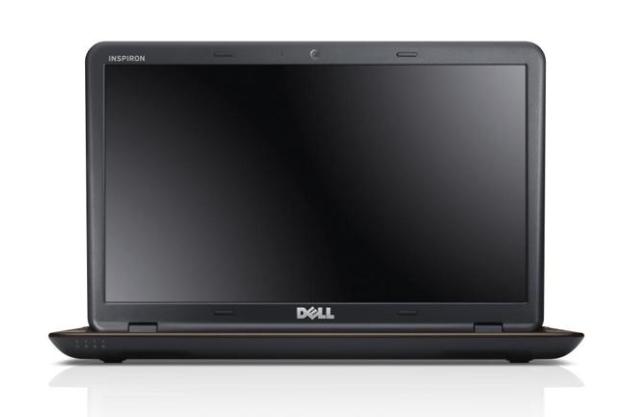 “The Inspiron 14z lives up to its promise as an obtainable thin-and-light. It’s fast, it has good battery life, and it’s affordable.”

It’s easy to forget that most people who buy new laptops buy inexpensive ones. Pay attention the next time you visit the house of a technically un-inclined friend — or even visit a coffee shop — and you’ll see plenty of Dell Inspirons, HP Pavilions and Lenovo IdeaPads. They’re not as hip or cool as a MacBook Pro, nor do they carry the geek cred of a rugged ThinkPad. But they are cheap, and they are quick, so they sell.

Enter the Inspiron 14z. The name itself is interesting, a mashup for Dell’s entry-level brand and the “z” designation, which is reserved only for the company’s thinnest and lightest designs. As far as we can remember, the Inspirion 14z is the first laptop to be badged with both bits of marketing lingo.

The result is a laptop that aims to be the everyman’s thin-and-light. You can buy one for as little as $549 on Dell’s website and still enjoy a chassis that’s under an inch thick. Though that is the base model, it still comes equipped with an Intel Core i3 processor and 4GB of RAM.

Our review unit arrived with modest upgrades, including a Core i5-2430M processor and two extra gigabytes of RAM, bringing the total to six. Graphics power is provided by Intel HD 3000 graphics, the only option on the 14z. These upgrades bump the price up to $649, but that is still extremely reasonable. Let’s see if this is a budget hero.

Despite the affordable price, the Inspiron 14z comes clad in a metallic finish that covers both the display lid and most of the interior. The metal, along with our unit’s Espresso Black paint, provides a refined, understated aesthetic. Those looking for a more exciting exterior can buy the laptop in Fire Red instead. Both coats are only semi-gloss, so fingerprints aren’t a serious issue no matter your choice.

Look closely at this laptop and you’ll find a lot of unexpected details. The chrome trim around the keyboard is just enough to add some class, but not so bold that it becomes tacky. Around the display, you’ll find a bezel that is matte instead of glossy, which reduces the perception of display reflections. The hinges are stiff and every surface feels resistant to minor bumps and bruises. Like the HP g6, the Inspiron 14z is an example of a budget laptop that manages to offer build quality on par with laptops costing hundreds more.

Not everything about the design is perfect, however. Dell’s engineers — or perhaps the marketing team — apparently thought the laptop’s ports marred its smooth design. To fix this, they added flaps over all the connectivity options. Opening them is difficult and the plastic used to attach them feels flimsy.

Once you remove the annoying covers you’ll find two USB 3.0 ports, one USB 2.0 port, HDMI, DisplayPort, a combo headphone/microphone jack and the obligatory card reader. This is a solid, though not exceptional, array of connectivity for a consumer laptop.

You don’t have to use the Inspiron 14z long to fall in love with its keyboard. It isn’t the best we’ve ever touched, but it provides reasonable key travel and comfortable, rounded keys with large gaps between them. The layout makes excellent use of available space and provides plenty of palmrest space, as well. Typing on this laptop is just as easy as typing on a larger 15.6” machine.

Our only complaint centers on keyboard flex. While the chassis of this laptop is robust, a fair amount of squish can be produced by pressing with moderate pressure on the center of the keyboard. We didn’t find it distracting, but some potential buyers might disagree.

Below the excellent keyboard is a not-so-excellent touchpad that appears to have been designed by Dell on opposite day. It’s as small as the keyboard is large, the buttons offer next to no travel, and there’s no texture or detail added to give it a premium feel. Don’t misunderstand us — it’s perfectly usable. You just won’t enjoy the experience.

Our review unit arrived with a 1366×768 display. Dell has a reputation for offering high resolution options, but the 14z doesn’t have an option for packing in more pixels. Gloss is the order of the day and makes using this laptop in bright rooms difficult. The backlight isn’t strong enough to overcome strong reflections.

Glossy displays aren’t without their perks, however. When playing movies and games this laptop performed well, offering a good visual punch. Test images revealed that black level performance is only average, but the gradient banding test image was fairly smooth. It’s unlikely you’ll have any complaints so long as you stay away from serious image editing and movies with numerous dark scenes.

Though thin, the 14z isn’t ridiculously slim, and this seems to have a positive impact on its fan. Normally it is quiet, making no sound that would be notable above the ambient noise of a typical apartment. Stressing it ramps up the fan significantly, but still keeps the volume within tolerable limits.

Heat generation is more than tolerable at low load. The bottom of the laptop is no warmer than the high 80s, while the keyboard and palmrest hover just above room temperature. Stressing the processor produced almost no rise in temperature. The hottest portion of the laptop, the bottom near the left-side exhaust vent, rose to just over 89 degrees.

What this translates to is a laptop that is generally great for lap use. Don’t underestimate the value of this. Many laptops fail to remain cool enough during heavy load to be comfortable for use on anything besides a desk or some other flat surface.

A typical 14-inch laptop is likely to be portable, but the 14z is particularly easy to carry around. Because of the small bezels around the display this laptop is actually just slightly larger than some laptops packing 13.1-inch or 13.3-inch displays. Combine this with a profile that’s less than an inch thick, and a weight of about four pounds, and you have a device that’s easy to slip in a bag.

Our review unit came with a six-cell battery, which is standard. With this battery the 14z was able to last an impressive six hours and thirty-two minutes in the Battery Eater Reader’s Test, and a respectable one hour and forty-three minutes in the more intense Standard Test. Typical web browsing will put you much closer to the former figure.

One quick note about that six-cell battery: it sticks out from the bottom of the laptop slightly. If you want a flush battery you have to take the optional four-cell. We advise that you stick with the six-cell and put up with the slight increase in bulk.

There are certainly laptops with better endurance, but not many, and they’re typically much more expensive or much smaller (i.e. a netbook). It’s nice to see robust battery life from a mid-size laptop that doesn’t cost a fortune.

Dell is one of the worst bloatware offenders today, and the 14z is just another victim of the company’s overzealous software strategy. There are several hokey desktop overlays installed by default, including an Accuweather widget and a row of folder and utility icons that seem entirely redundant with the desktop itself. Several of the choices, such as “Books,” launch pre-installed software instead of sending you to a folder or giving you an option to choose what you want to use to read e-books.

To make matters worse, Dell includes backup and update utilities that love to produce annoying notifications. If you choose to close them, they slide away using the slowest animation ever created by man.

With all of this said, you can simply uninstall the software and be done with it. There is nothing here that causes a performance problem.

As mentioned, our Inspiron 14z review unit arrived with a Core i5-2430M processor, which has a base clock speed of 2.4 GHz. This is a nice mid-range Core i5 processor, and in benchmarks, it proved capable of performance on par with other laptops we’ve reviewed. SiSoft Sandra’s Processor Arithmetic benchmark returned a combined score of 40.38 GOPS, which is on the high end among the Core i5 laptops we’ve reviewed. 7-Zip provided a more mid-range result of 6823.

PCMark 7, which provides a general overview of performance, returned a final score of 2183. That is a mid-range result among laptops with mechanical hard drives. The 14z did extremely well in Computation, but faltered in the Entertainment and System Storage categories.

3DMark 11 won’t run properly on this laptop because the Intel HD 3000 integrated graphics component is unable to handle DirectX 11. We instead relied on 3DMark 06, which returned an average result of 4579. That is right in line with similarly equipped competition, and indicative of a laptop that can play many modern 3D games, but only at reduced detail settings.

Overall, this laptop is a strong — but not exceptional — performer. We guessed this would be the case from the start, as there’s nothing exotic about the hardware used or the way it has been implemented. Most buyers will be happy with what is on offer here, so long as games are not a priority.

The Inspiron 14z lives up to its promise as an obtainable thin-and-light. It ticks off the three check-boxes that concern buyers looking for a portable laptop in this price range. It’s fast, it has good battery life, and it’s affordable.

Of course, this laptop isn’t hurt by the fact that is has a great keyboard and solid design. Anyone going in expecting only average quality will find themselves pleasantly surprised once they handle the 14z. This laptop looks and feels more expensive than its price tag suggests.

You will find the corners that have been cut, if you look hard enough. Touchpad quality is lackluster. The lack of a higher resolution display option is disappointing and some other laptops offer better audio quality. We’d also like to see a discrete graphics option — though Dell’s marketing department is probably concerned that this would step on the toes of its own XPS 14z, which does offer an optional Nvidia GT520M.

These complaints are not major concerns, however. What you receive is excellent for the price. Speaking of which, we recommend that buyers keep towards the lower end of this laptop’s price bracket. Higher-end models heap on the RAM (which isn’t needed) and offer slightly better processors. We feel our $649 review unit is the sweet spot, but the Core i3 powered $549 base model would be a fine choice for anyone on a shoe-string budget.

Best laptop deals: Get a portable workhorse from $119 today
The best keyboards for 2022
The best wireless keyboards for 2022
The best mini-LED laptops you can buy in 2022
Best Apple iMac Deals: Get an Apple desktop for $539
Best Dell XPS Deals: Up to $600 off top-rated laptops
IPVanish Free Trial: Try it for a month, no strings attached
Adobe Free Trial: Try Creative Cloud for free
Why AMD doesn’t need to beat the RTX 4090 to overtake Nvidia
Why the RTX 4080 12GB feels a lot like a rebranded RTX 4070
Microsoft confirms Surface event for October 12, Surface Pro 9 expected
How much does the RTX 4090 cost? RTX 40-series buying guide
Hackers may be hiding in plain sight on your favorite website