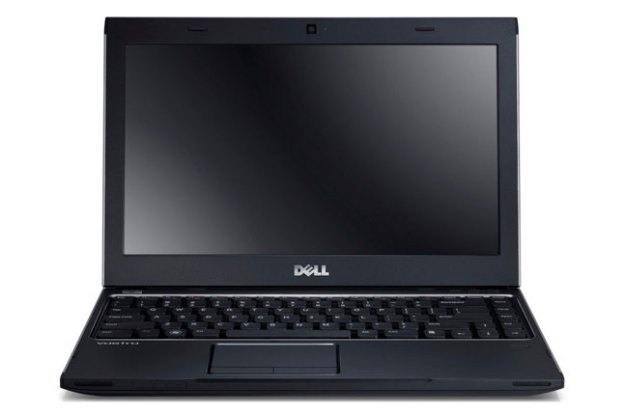 “Though allegedly designed for small business, the Vostro V131 is a clear winner for anyone who is in the market for a small, powerful laptop with excellent battery endurance.”

Among consumers, there’s still only one easily recognized name in business laptops, and that’s ThinkPad. Somewhere far behind is HP’s ProBook and EliteBook lines and then, far in the distance, on the horizon of perception, you have…Dell.

This shouldn’t be surprising. A quick visit to Dell’s website makes it readily apparent that the average consumer is not their target audience. While it’s not difficult to customize a XPS 15 to your heart’s content (indeed, customization is one of Dell’s strengths) the same options are more difficult to find in the company’s business line, and just as importantly, more difficult to understand. There also tends to be less customization, period. You can have Dell paint your Inspirion to look as if an artist went crazy on it after downing five triple-shot espressos, but the business line is reserved, and offers just a few color choices, such as the red found on this Vostro V131.

Our review unit is well equipped, featuring a Core i5-2410M processor 6GB of RAM as well as a 500GB hard drive. This configuration will set you back about $900, but you can purchase a base model for just $499, which means the V131 targets a lot of different users. Let’s see if it can stand out.

Our review unit arrived with the optional “Lucerne Red” exterior finish, a $30 option. While the base silver also looks excellent, this red is an extremely attractive finish that changes in hue greatly depending on the amount of light in a room. We must warn manly men, however, that in bright light it can appear (gasp) a little pink.

No matter which color you choose, this laptop offers a metal lid which provides a premium feel — a nice touch considering the low price of entry. This favorable first impression may not last, however, because the rest of the laptop is constructed of plastic. There’s no noticeable chassis flex, but the laptop doesn’t feel nearly as rugged as similar products from HP and Lenovo.

Though this laptop is slim and inexpensive, there’s a fair amount of connectivity available. On the left side you’ll find HDMI, USB 2.0 and a card reader. On the right there’s VGA, Ethernet, a combo headphone-mic jack and not one but two USB 3.0 ports. Like many business laptops, the Vostro V131 places its power jack at the rear, which is the most convenient location.

Open the V131 and you’ll find a surprisingly spacious keyboard for such a small laptop. It’s nearly edge-to-edge, and as a result the layout is superb. The backspace, enter and right-side shift keys are gigantic relative to some similarly sized laptops.

Key feel is also robust. Strokes are crisp, and keys return to position quickly after they’re released. There’s some keyboard flex that can be teased out by pressing hard on any particular key, but flex didn’t seem noticeable during normal typing.

Surprisingly, our review unit came equipped with a backlit keyboard, a feature that is standard on all Vostro V131 laptops. Though this is becoming more common, it’s not often found in such an affordable product. Better still, the implementation is better than most. Two brightness settings are included, as well as the option to turn the backlight off entirely.

Touchpad quality is so-so. While the surface area is reasonably large, it could be larger, and there’s no real texture to it. Multi-touch gestures are supported, but scrolling

Not much time must be spent with this laptop’s display to realize that it’s average at best. It is an anti-glare panel, which when combined with a bright backlight, makes this laptop easy to use in almost any lighting scenario.

However, the display suffers from the same problem as most others that lack gloss – poor contrast. There’s not much punch to images, movies and games, and while watching movies certainly isn’t unpleasant, this clearly isn’t the best laptop for users who allow their computer to double as a television.

These issues are made worse by poor viewing angles. Laptop displays always have trouble with this, but we found the V131 particularly quick to wash out when moved vertically. Even the slightest tilt away from center can drastically reduce image quality.

Sound quality also seems slanted towards work. There’s not much bass available, and music tends to sound muddy as the mid-range is overwhelmed in its attempt to reproduce sounds too low for the hardware. Yet there’s also plenty of volume available, so if you’re listening to simple audio (such as a podcast), it’s entirely possible to fill a meeting room with sound.

This Dell’s system fan often makes itself known, even when there’s some background noise to help obscure it. As one would expect, the fan only becomes louder when the system is put under stress.

Fortunately, the fan’s tone isn’t annoying, so listening to it is tolerable in most situations. Anyone planning to put this laptop under consistent load might want to reconsider, but this is no workstation, so that would likely be true regardless of the fan’s calibration.

More disappointing than the fan itself is the warmth that permeates the chassis. Even at idle, there is noticeable heat coming from the palm rest and keyboard area, as well as the laptop’s bottom. This makes for a product that’s rather uncomfortable to use for long periods of time in any situation. While this laptop’s slim frame is no doubt the reason for the heat, it doesn’t excuse it.

You don’t need to look at the specs for this laptop to recognize that it’s one slim piece of kit, but for the sake of being thorough, we’ll do so anyway. At the front, thickness is just 0.63 inches, and at the rear in increases to a still-slim 0.83 inches. What Dell isn’t quick it disclose is the fact that the six-cell battery sticks out from the bottom, adding about a half-inch of additional material, but that doesn’t spoil the experience.

This laptop will fit in just about any backpack and most messenger bags. While the four-pound weight is slightly more than would be ideal for a laptop of this size, it’s not so heavy as to be an annoyance.

Better still, the battery life will help you reduce your load by leaving the AC adapter (which is small, by the way) at home. Our Battery Eater benchmark (a worst-case scenario test) ate through the battery in just over an hour an forty minutes, while the Battery Eater Reader’s Test reported endurance of about seven and a half hours. These are not best-in-class results, but they’re better than most, and should prove more than adequate for most consumers.

Surprisingly, there’s not much software shipped with this Dell. On the plus side, this means that there are few frustrating pop-ups. Only Trend Micro’s Internet Security trial couldn’t do without letting its presence (and our vulnerability to all sorts of security threats) be known.

There are a few other tools available, most notable being Dell’s Backup and Recovery, and a shortcut to Intel’s WiDi, which can connect your laptop to an external monitor or HDTV without wires. More confusing is a shortcut to “My Identity Protection,” which turns out to be nothing more than a credit monitoring service made available by Dell for a monthly fee. A fingerprint reader, which works well, is also standard on all Vostro V131 models.

The relative lack of installed software is pleasant, but may actually be a disadvantage. Both Lenovo and HP ship their business laptops with products (such as HP Protect Tools) that are both useful and easy to use.

Yes, this is another laptop powered by an Intel Core i5 processor, this time the Core i5-2410M. The widespread usage of these processors makes the review processor a bit boring for us, but is indicative of how well Intel’s latest generation of laptop processors perform. In SiSoft Sandra’s Processor Arithmetic the V131 achieved a combined score of 41.43 GOPS, while in 7-Zip it managed a combined score of 7,477. Both scores are slightly higher than those achieved by laptops with similar hardware.

These excellent performance results continued in PCMark 7, which returned a score of 2443, the highest of any recently reviewed laptop. Even 3DMark 06’s result of 4,494 is better than one might expect, although the Intel HD 3000 graphics used in this Dell remain only adequate for gaming.

Overall, these performance results are among the best in this laptop’s class. It should once again be noted, however, that they were achieved with a model that is significantly upgraded over the base configuration. The $499 model is equipped with an Intel Celeron running at just 1.1GHz, 2GB of RAM and a 320GB hard drive. We would expect this model to be less than half as quick as this upgraded variant.

Though allegedly designed for small business, the Vostro is a clear winner for anyone who is in the market for a small, powerful laptop with excellent battery endurance. Although the price tag of $889 (as configured) is not a bargain, this laptop never feels like it needs to have a lower price. It’s competitive with (but not necessarily superior to) anything of similar size.

Perhaps the biggest issue with this little Dell is heat. This laptop runs warm, and as a result it can be uncomfortable to use for long periods of times, even under light loads. Touchpad use is also an average experience at best, but this is hardly a deal-breaker.

These small problems don’t overcome everything else that’s offered here. This laptop is attractive, fast, portable, and competitively priced. It is one of the best laptops currently in Dell’s lineup, and those looking for a powerful but portable 13-incher should check it out.