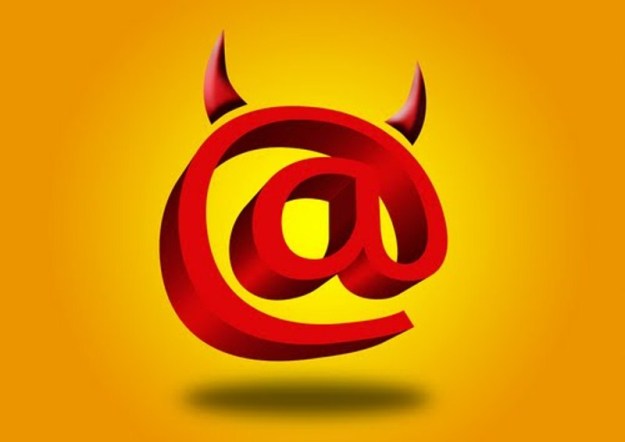 Atos is an international IT company that employs roughly 75,000 people and rakes in billions of dollars a year. It’s also the official IT integrator for the Olympic games. To put it simply, Atos is a rather large company. Which is why it comes as a surprise that the corporation is banning email.

According to The Telegraph, CEO Thierry Breton has enforced a “zero email” policy that will go into effect within the next 18-months. “It is not normal that some of our fellow employees spend hours in the evening dealing with their emails,” he says. “The email is no longer the appropriate [communication] tool.”

“Companies must prepare for the new wave of usage and behavior,” Bretton explains. “If people want to talk to me, they can come and visit me, call or send me a text message. Emails cannot replace the spoken word.” The CEO says he has not sent a work email in three years.

So is Bretton just ahead of the curve or is his anti-email inspiration bound for failure? There’ plenty of “email is dead” fodder to go around, but cut through all that noise and studies show most of us still rely on it. A Pew study this past summer found that email remains one of the most popular online activities: “Among online adults, 92-percent use email, with 61-percent using it on an average day.” And a variety of surveys have revealed that the smartphone revolution has driven users to accessing their email even more, via mobile apps.

But to Bretton’s credit, the deluge of spam we’re subjected to on a daily basis has made the work email client difficult to wade through. And Atos has tools like the Atos Wiki and an office chat program that allow for project collaboration and communication. Still, cutting out email seems like something of a drastic step, and that there might be some stepping stones Atos is skipping in the evolution of email.

There are a variety of services trying to make email more efficient and meaningful, and they are probably part of the process of getting from where we are now to where Atos is already trying to be.

Of course, if you’ve hit your limit with email, in or out of the office, there are a few ways to try and improve the experience:

Topics
Don’t miss this Samsung Galaxy Book 3 Ultra pre-order deal
Best Gaming PC Deals: Save on RTX 3070, 3080, 3090 PCs
ChatGPT: how to use the viral AI text generator that’s taken the world by storm
Apple just found a bizarre way to make virtual keyboards less annoying
The best PC power supply for 2023
ChatGPT has a new way to detect its own plagiarism
Samsung Galaxy Book 3 Ultra vs. MacBook Pro 16-inch
The Galaxy Book 3 Ultra is Samsung’s most powerful laptop ever
Nvidia may have another monster GPU in the works, and the price could be outrageous
AMD’s Ryzen 9 7950X3D pricing keeps the pressure on Intel
What is ChatGPT Plus? Everything we know about the premium tier
ChatGPT Plus to bring priority access during peak times — at a hefty price
Usually $3,879, this Lenovo laptop is down to $1,479 today