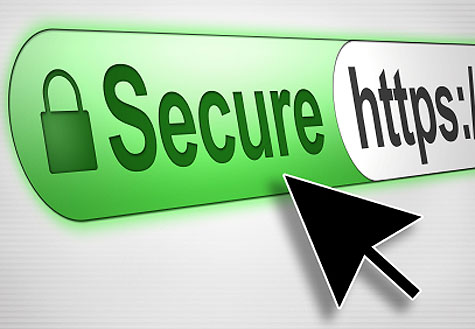 The US Federal Trade Commission is trying to make Web advertisers’ jobs much more difficult. The FTC is proposing legislature that would adopt the same principles of the “do-not-call” list that disables telemarketers and apply them to the Internet. The institution released a privacy report this morning outlining these plans and establishing the need for them, since as it stands there is no online option for consumers to opt-out of being tracked.

The report argues that there is a need “to create better tools to allow consumers to control the collection and use of their online browsing data.” Citing failure of self-regulation, FTC Chairman Jon Leibowitz has long championed the privacy of consumers, dating back to 2007 when he lobbied for a “do-not-track” list, which advertisers loudly opposed. This camp argues that a “do-not-track” list won’t decrease online ad targeting, only make it useful or effective for an individual.

The proposed plan would make consumer information private a default, allowing users to opt-in to tracking as they see fit. Those who do opt-in are allowing websites and online advertisers access to their data, from which they can create a profile based on consumer browsing and buying habits.

Aside from this new legislation, the FTC is really pushing websites to do the work themselves. Calling this method “privacy by design,” it suggests companies “[provide] reasonable security for consumer data, collecting only the data needed for a specific business purpose, retaining data only as long as necessary to fulfill that purpose, safely disposing of data no longer being used, and implementing reasonable procedures to promote data accuracy.” It goes on to stress the importance of transparency, urging companies to be up front with those who access their sites instead of the long, legal-term-filled pages it asks users to accept (which are rarely entirely read). The FTC’s proposed plan also remarks that these aren’t new ideas, “but the time has come for industry to implement them systematically.”

The FTC can write as many proposals as it wants, but it’s going to take a little more for anything to actually happen. David Vladek of the bureau of consumer protection says that “it would take an act of Congress” for such regulations to be mandated. But there’s plenty of support for stricter guidelines regarding how companies deal with consumer information online, and sites like Google, MySpace, and Facebook have come under scrutiny for mishandling such data.

It looks like a “do-not-track” list is going to have to wait awhile longer, however, as a finalized version of the report is due from the FTC next year.

Google Sheets vs. Excel: Which is better?
Searching for emails in Gmail is about to get much faster
You may soon be able to sign files right in Google Docs
Why I still use Microsoft’s Office suite instead of Google’s free options
Best HP Envy deals for October 2022
The new Dell G16 gaming laptop just got a $240 discount
Norton Antivirus Free Trial: Get a week of protection
ABCMouse Free Trial: Get your first month free
Intel Arc A770 16GB vs. A770 8GB vs. Nvidia RTX 3060
Intel Arc A750 vs. Nvidia RTX 3060
Can I use an Intel Arc GPU with AMD Ryzen?
Intel Arc Alchemist: specs, pricing, release date, performance
Microsoft Word Free Trial: Get a month of service for free