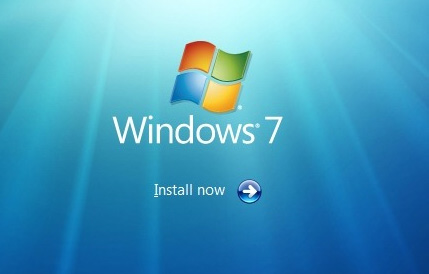 Microsoft’s Windows 7 operating system launched nearly two months ago to great fanfare. Consumer adoption rates have been much faster than Windows Vista, and Windows 7 has already grabbed more than 4 percent marketshare. 4GB of RAM is the standard for new systems, and the majority of consumer installations by OEMs are currently 64-bit versions in order to fully address the memory.

The situation is different for corporate PCs, as corporate IT departments are much more conservative. It is not uncommon for corporations to wait for the first Service Pack to be released before adopting a new OS. However, a Gartner Research paper recommends considering a 64-bit version when they make the upgrade.

“On the surface, it would appear that the most obvious time to perform a move from 32-bit to 64-bit would be during an operating system migration (such as from Windows XP to Windows 7). Many companies feel that, if they don’t make the move now, they may have to wait until Windows 8 or potentially Windows 9 before another opportunity arises. They point to the complexity involved in supporting an additional set of images as a reason to make an all-or-nothing move”.

The same Gartner paper seen by DailyTech predicts that 75 percent of corporate PCs will be running a 64-bit version of Windows by 2014. Many businesses are choosing 4GB or more of RAM when specifying new systems, as the cost of upgrading and downtime can sometimes be more costly than the hardware itself. Windows 7 will be the last OS to provide a 32-bit option, and Gartner thinks that companies should start preparing now.

“Corporate buyers need to establish a position on moving to 64-bit as part of their Windows 7 planning. For many users, moving to 64-bit with Windows 7 may be the right solution with respect to performance and support for new applications. However, others may find significant compatibility issues coupled with little to no benefit from making the shift at this time. Either way, all organizations must take steps to provide a basic level of support for 64-bit Windows 7, particularly for consumer-facing applications”.

Large corporations have tremendous amounts of legacy hardware and software that takes years to upgrade or replace. Most peripherals made since 2007 come with 64-bit drivers, but many older devices will need to be tested for compatibility or replaced. Microsoft requires 64-bit driver support as a requirement for WHQL driver certification.

Most software applications are still compiled and optimized for 32-bit execution, but will run without any problems in a 64-bit environment. The exceptions are with administration and security applications like antivirus programs, software firewalls, and virtual private networks. Some browser-based applications such as Adobe’s Flash Player are also not 64-bit compatible, which means that a 32-bit browser must be used.

Things are already changing though. Microsoft’s Office 2010 is expected to launch in the middle of 2010, and will include 64-bit versions of several applications. The most prominent are Excel, PowerPoint and Access, which will all be updated to support the larger memory models available to improve performance and functionality. Gartner expects that this move on Microsoft’s part will cause increasing numbers of software vendors to consider creating 64-bit versions of applications.

Most companies are currently running Windows XP, although some are still running Windows 2000. Both are currently in the Extended Support Phase of Microsoft’s Support Lifecycle Policy. Microsoft will continue to provide monthly security updates, but free technical support, warranty claims and design changes are no longer accepted.