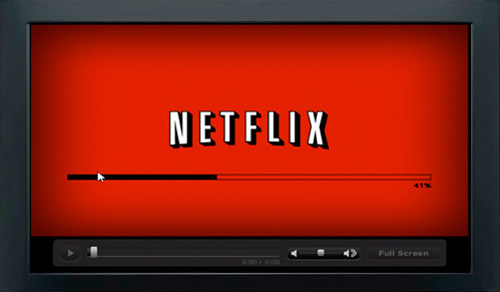 Netflix introduced the idea of a movie queue, and was one of the quickest providers to jump into home movie streaming. And as Internet TVs and connected devices continue to invade the living room, Netflix has its work cut out for it. But now the company will up the ante by offering original content created in house.

Deadline is reporting that Netflix has secured a new series starring Kevin Spacey titled House of Cards. After bidding amongst several other high profile networks, Netflix closed the deal for two seasons of the series to the tune of some serious cash. There are disagreeing reports as to how much Netflix paid: the Wall Street Journal reports it’s unlikely Netflix will end up paying the $100 million asking price for House of Cards, and the New York Times said there is “considerable uncertainty” regarding the specifics of the deal.

Even though Netflix has been able to retain 61 percent of downloaded and streamed movies this so far this year, as notable competitors  like YouTube begin looking into producing original content, it’s only natural Netflix would begin exploring the option. Even those that aren’t offering up original series are expanding their streaming options, like Amazon and Hulu. Options abound for the connected consumer, and that’s why a provider that could get its hands on a hit series could also be giving itself an edge over the competition.

By locking down House of Cards, Netflix is also sidestepping the cable providers that have given it so much trouble. It’s been notoriously difficult for streaming services to offer television shows contracted to stations. But offering up its own out of pocket series, Netflix will be able to sidestep the red tape so many of its competitors are still stifled by. As it currently stands, most online streaming services can’t offering premium channels until long after a season has aired and they hit DVD. Internet services that have offered them “under the table” have found the stations offering them promptly blocked.

This would also restore Netflix’s reputation. It’s largely offered nothing but outdated movies and unpopular TV shows – content that’s inexpensive for the company to license. If House of Cards proves a hit with viewers, Netflix may have a new recipe for success on its hands.

This beloved TikTok feature is coming to YouTube Shorts
YouTube is finally getting serious about podcasts
Downloaded YouTube Shorts clips will soon include watermarks
YouTube may finally loosen its rigid rules around copyrighted music
How to change the login picture on a Mac
What are mouse jigglers?
Lenovo Slim 9i vs. Apple MacBook Pro 14
The best desktop computers for 2022: Dell, HP, Apple, and more
Here’s how to delete your YouTube account in just a few easy steps
How to create a new team in Microsoft Teams
Best Microsoft Office deals for October 2022
Best cheap printer deals for October 2022
Best laser printer deals: Save on Brother and Canon today