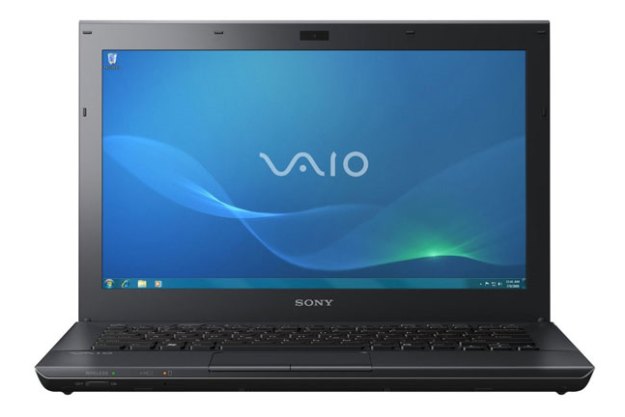 “The Vaio S Series is classic Sony. It’s not the best value, but makes up for its higher price with superior design, some worthwhile options, and a premium model with a high-resolution display.”

While much of Sony has been racked by the woes of its hacking crisis, unrelated divisions of the company have labored on with the scars of that PR disaster. Given recent events, it’s easy to forget that the company has been and remains focused on engineering great products. From its HDTVs to it computers to its phones, its products appear designed with enthusiasm, even when that excitement doesn’t result in a superb product.

If there’s any laptop that presents Sony’s engineers with the opportunity to flex their engineering muscles, both in aesthetics and functionality, it’s the Sony Vaio S Series. This machine boasts a 13.3-inch display, making it part of the slim-and-sexy ultraportable category. While the extravagant Sony Vaio Z Series may be the company’s halo product, it’s this more humble laptop that really puts design to the test, as it must be attractive and quick while remaining obtainable and portable.

Sony’s S Series makes a solid first impression thanks to its subdued, elegant presentation. While the company’s laptops are often lookers, some past models have made use of glossy plastics that betray their luxury aspirations.

Our review unit presented no such nonsense. Much of the laptop is made of plastic, but it’s a hard matte material, rather than slippery gloss. In a brilliant move, Sony has made the entire interior of the laptop out of metal rather than plastic. This is the surface you’ll most often touch while using the device, and it allows Sony to provide a luxurious feel while keeping the price reasonable.

Unlike the metal interior, the laptop’s lid is thin and flimsy. Lightly twisting the display generated an audible creaking noise that seemed to concentrate on the upper right hand corner of the display. This could be a durability concern, and the light weight of the lid allowed it to wobble while typing, an annoying trait when using the laptop for word processing.

Our Vaio S Series came equipped with an Intel Core i5-2410M processor, Radeon HD 6470M GPU, and 4GB of RAM. Unlike many notebooks in this size class, the Vaio S also includes a built-in optical drive. It’s all rolled into a chassis that weighs 3.8 pounds and measures less than an inch thick.

Keyboards have long been a strength of Sony, and the S Series is no exception. The island-style interface doesn’t utilize every last inch of available space, but remains comfortable while also providing a significant gap between each key. The shift, enter, and backspace keys are all large and easy to find while touch typing. Each individual key offers a crisp, tight feel.

While there is some minor flex evident, it is only revealed when a key is pressed extraordinarily hard. The keyboard surface feels solid during normal use. Better yet, a backlight makes the keys visible in dark situations. This is a feature that helps the laptop stand out from the crowd, as there are few laptops with a similar starting price that offer backlit keys.

The touchpad doesn’t let the outstanding keyboard down. It is large, wide and provides two individual keys that are aligned with the forward edge of the chassis. Ergonomically, this is an excellent setup, making the touchpad comfortable to use for hours at a time. The only issue – and it’s a small one — is the multitouch support, which does not allow for two-finger scrolling but instead relies on a designated (but physically unmarked) vertical strip along the right side of the touchpad. Scrolling is smooth, but feels old-fashioned.

Gloss is the typical order of the day for a consumer laptop, but the Sony Vaio S Series surprises with a beautiful semi-gloss screen. It is not flat matte as would be found on a business laptop, but it negates most glare issues.

Our entry-level review unit came with a display resolution of 1366 x 768, which is average for a laptop of this size. Potential buyers should note that the Premium model comes standard with a display resolution of 1600 x 900. As far as we’re aware, that’s the highest resolution offered on any 13.3-inch laptop currently available, and only the 13.1-inch Sony Vaio Z with its 1600×900 display is comparable. Those itching for extra pixels on their ultraportable may buy this laptop for the display alone.

Image quality is average. Black levels are no better or worse than similarly priced laptops, and contrast is also similar to the competition. It’s a competent panel that’s more than sufficient for most users, particularly if gaming and video playback are not high priorities.

Audiophiles will be displeased with the stereo speakers, which have little bass. Podcasts and most movies are pleasurable, but multimedia users who care about sound quality should plan to buy a pair of external speakers.

Normally, this Sony weighs in at 3.8 pounds. Our review unit, however, came equipped with Sony’s sheet battery, a large flat extended battery that attaches to the bottom of the laptop. It increases thickness by approximately half an inch and adds a little over a pound to the laptop’s weight. With sheet installed, this is a chunky ultraportable.

In trade, users receive incredible battery life. Using Battery Eater we found that the sheet offered life of nearly thirteen hours in the Reader’s Test, which simulates the use of the laptop to view a document. Real-world use consisting of Web surfing and document editing cut endurance down to just over ten hours, which is also outstanding. These figures are roughly double what the laptop can provide alone.

Better yet, this upgrade is sold for just $75 on Sony’s website. That’s great value, making the battery an easy recommendation for users who travel frequently. Detaching and reattaching the sheet is easy, so the laptop can be made more portable for shorter journeys.

Despite the laptop’s small size, there’s a wealth of ports and plugs, all of which are found along the laptop’s right side. The typical arrangement of two USB 2.0 ports and a single USB 3.0 port is wedged between HDMI and Gigabit Ethernet. Further forward, you’ll find a SD card slot and a more exotic Memory Stick Duo slot. The only port found on the left is a headphone/mic combo jack that is inconveniently located at the very rear of the chassis.

Physical ports aren’t the limit of this laptop’s connectivity. It also ships with Intel Wireless Display 2.0, which can be used to transmit content from your laptop to supported HDTVs at 1080p resolution via Wi-Fi. Bluetooth 2.1 comes standard as well.

While the right is dedicated to ports, and the left to the optical drive, the rear is dedicated to the cooling system’s exhaust. Performing simple tasks, such as web browsing or document editing, generates little noticeable heat and keep the fan bumbling along at a low, barely audible speed.

During more intense workouts, the little Sony turned in to a hair dryer, blowing air out of the rear exhaust with hurricane force. Anyone who works in a quiet office will be unhappy with the racket this laptop makes when stressed, but it at least kept cool, with only the bottom becoming uncomfortably warm.

One instantly noticeable piece of bloatware is a dock that hides at the top of the display. This bizarre addition swings down from the top of the display when the mouse hovers in that area and presents some icons that can be used to launch programs. It’s entirely redundant with, and less useful than, the stock Windows 7 taskbar.

Anti-virus software is also pre-installed, and more than happy to bug users with pop-up notifications asking for a subscription and warning of the terrible things that might happen to those who opt out.

Alongside the bloatware are a few worthwhile apps. Evernote, Adobe Photoshop Elements, and ArcSoft Webcam Companion are examples of software that at least some users will find helpful. These extras are unobtrusive and can easily be removed if unwanted.

Boasting a Core i5-2410M processor and 4GB of RAM, our review unit is upgraded from the base model, which ships with a Core i3-2310M. The upgrade is priced at $80, and will be worthwhile for many users, not only because of a clock speed boost from 2.1GHz to 2.3GHz, but also because the Core i5 offers Turbo Boost, which dynamically increases the clock speed of the processor when appropriate.

Intel’s Core i5 didn’t disappoint. SiSoft Sandra’s Processor Arithmetic benchmark showed an aggregate score of 38.17 GOPs, while 7-Zip’s benchmark reported a combined rating of 7535 MIPs. These results are similar to what is offered by Core i5 laptops from other brands.

The impressive processor performance is complimented by a Radeon HD 6470M GPU that is standard on all S Series laptops. This graphics solution offered a score of 5126 in 3DMark 06 and a performance score of 613 in 3DMark 11. Hardcore gamers will not find these results adequate, but casual players looking to fire up World of Warcraft or Dawn of War 2 will be happy with what is offered here.

Well-rounded is the best way to describe the performance of the S Series. The combination of the Core i5 and Radeon HD 6470M makes for a balanced system that can handle day-to-day productivity tasks, processor intensive software like Photoshop, and 3D games at low to medium detail.

The Sony S Series has much competition in the ultraportable space. Other brilliant laptops, like the Asus U line, Acer’s Timeline and Toshiba’s Protege, also provide outstanding portability but offer Core i5 processors for less than the base Sony S Series with a Core i3 under the hood. When it comes to bang-for-the-buck, this laptop can’t compete.

Yet the starting price of $899.99 is reasonably affordable, and build quality is better than most competitors, thin display lid aside. Consumers without tight budgets should strongly consider the Premium edition, which offers a 1600 x 900 display and Blu-ray drive as standard features. The sheet battery is a great boon, as well, and may make this the laptop of choice for frequent flyers and other travelers who are often far from a power socket.

This product is classic Sony. It’s not the best value, but makes up for its higher price with superior design, some worthwhile options, and a premium model with a high-resolution display. While buyers could certainly spend less elsewhere, those who choose this laptop are unlikely to regret their decision.

Samsung’s slidable PC display makes foldables seem archaic
Best VPN services 2022 — Today’s top picks
New malware can steal your credit card details — and it’s spreading fast
Intel Unison is yet another attempt to make PCs and phones work together
AMD Ryzen 7000: Everything we know about Zen 4 CPUs
Apple’s October event may have been canceled before it began
Developer says it can turn your AMD 6800 XT into an Nvidia 3090 Ti
Best MacBook deals and sales for September 2022
Best gaming chair deals for October 2022
This new Windows 11 feature will help you protect your passwords
HP flash sale: Pavilion x360 2-in-1 laptop just got a $130 price cut
Save $550 on this HP gaming PC with an RTX 3070 today
Hurry — Dell XPS 13 is $550 off in Dell’s monster clearance sale