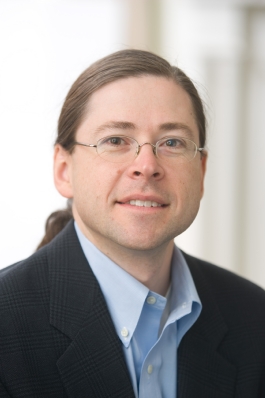 Jonathan Schwartz, Sun Microsystems’ CEO, tweeted his resignation last night. “Financial crisis/Stalled too many customers/CEO no more,” Schwartz wrote. What everyone assumed was just a work related haiku, came to realize this morning it was actually Schwartz’ resignation—you can understand the confusion since most CEOs don’t use Twitter as their medium of choice when jumping ship.

The New York Times writes that “Mr. Schwartz has been fond of using the Internet as a soapbox,” since he was the first chief exec of a major company who was also an avid blogger. Apparently the folks over at Oracle, which recently acquired Sun, were not surprised by this move. Oracle’s CEO, Larry Ellison, said in a recent interview that he expected Schwartz to resign rather than stay involved with the combined company.  Looks like the joke’s on you Ellison: You were expecting Schwartz to resign, but we bet you never guessed it would be via Twitter.

The New York Times reported that Schwartz’ also shared with them his next move, this time via email: “In the short run, I’m planning to spend some long overdue time with my family. Longer run, with a few million businesses and a few billion consumers on the Web, rumor has it there are some interesting opportunities to be had.”