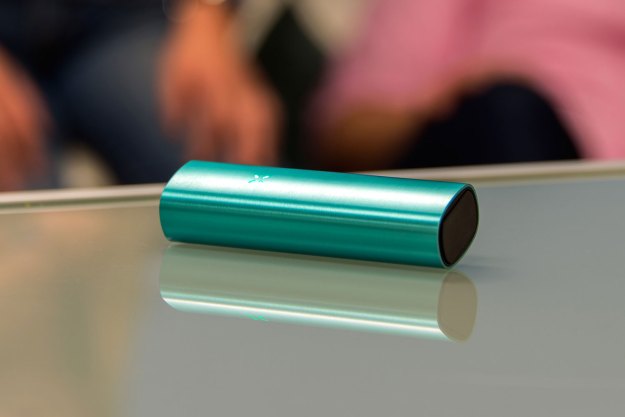 “The Pax 2 is truly the gold standard for portable herbal vaporizers.”

If 2015 is any indication, Pax is becoming an unstoppable force in the vaporizing market. The original Pax convinced users that making the herbal vaping experience more compact didn’t have to mean compromising on flavor and production. Better still, the device was tiny and discrete, with a set of controls that would be at home in an Apple store.

But that didn’t stop Pax from innovating even more, and the Pax 2 was born out of that desire for improvement. With a smaller, more heat and energy-conscious design, and a slew of new features and modes, there may actually be a reason to upgrade.

All of the care and enthusiasm that goes into the production of the Pax doesn’t come cheap. While the original Pax retailed for $250, the Pax 2 costs a slightly elevated $280, which begs the question: Is it worth the extra cost, or does the sequel fall short of the original?

There are those who, after being introduced to the Pax, refer to it as the iPod of vaping, and nowhere is that more accurate than in the design. The smooth, rounded column is dressed in a variety of brushed aluminum colors, with flat black caps on either end. The result is a device that feels as good as it looks — sturdy, refined, and elegant.

The only mark on the front is a flower-shaped LED with four petals. It might not be as iconic as the Apple logo, but those in the know recognize it anywhere. To others, it’s easy to mistake for an MP3 player or other small electronic device. It helps that it’s sort of nondescript, with a smooth cylindrical shape and two flat, black end caps. Even when held and looked at directly, it’s not immediately obvious what the Pax 2 is, which helps it keep a low profile when necessary.

As it turns out, the flower-shaped light is an important part of using the device. While warming up, the lights softly flicker a warm purple color. When it’s ready to go, the lights turn to a bright green. Leave it sitting without moving for too long, and the lights will turn blue to indicate it’s in standby mode; you can wake it by moving it again.

The Pax 2 feels as good as it looks — sturdy, refined, elegant

The two control methods on the Pax 2, a single button underneath the mouthpiece and an accelerometer, work in tandem to provide a surprising number of options. It takes a bit of learning to understand exactly what does what, but they quickly become part of the streamlined process of using the Pax 2.

There are a number of different versions of the Pax 2 (which we’ll get to) but the basic controls are always the same. Shake the Pax and the lights will reflect the current battery charge. Click and hold the top button to see current temperature settings; hold it like an ear of corn and roll it three times to turn on party mode — eliminating standby mode and switching it to a slightly lower, but more consistent, temperature.

Beyond that, every Pax 2 is slightly different, so each one has a unique set of features. Each unit has its own set of unique modes, lighting features, and even a game, but discovering Easter eggs and unlocking new features is a fun perk of learning to use one. Work hard enough, and you can even unlock some features of the Pax 2 that make use of the existing parts in impressive and interesting ways.

While a ton of improvements have been made to the second generation based on feedback from the original Pax, one thing that hasn’t changed is the loading process. A neodymium magnet holds the bowl lid in well (Pax calls it an oven), although removing it is easy by pressing on one side to lift the other end. The problem is that loading the oven requires balancing the Pax on its head.

This means anything on the surface will stick to the silicon in the mouthpiece; it also means placing your herbs in a precarious position. The best vaping experience is achieved by grinding material until it’s almost a powder, and then layering and tamping it down as you go. More than once I’ve spent a few minutes carefully doing so, only to knock over the Pax reaching for the oven lid, spilling its freshly loaded contents into the carpet.

This is such a problem that we actually 3D printed a funnel and tamper from Thingiverse that made the process a bit easier. It’s a lot faster than trying to scoop it into the oven from a grinder, but it’s still the lease intuitive part of the design.

Almost every facet of the Pax has been improved for the new iteration. The battery lasts longer and charges faster via an improved cradle. And the mouthpiece, which on the original Pax was a clicking, moving affair that needed drops of lubrication (no, really), has been improved dramatically. It’s now a slim, flat option with a button in the middle, with the option for a more raised mouthpiece as well.

The lip sensor knows when you’re drawing, and adjusts the heat accordingly. The oven shape has been tweaked to provide more consistent heat and temperature control. Despite the fact the new Pax is 22 percent smaller than the previous version, it’s designed to keep the outside of the case cooler than ever.

While the Pax 2’s oven may be limited to herbs and flowers, it makes up for it with simplicity of use and an intuitive design. It also means the Pax is laser focused on doing one thing right — vaporizing dried herbs and flower materials — and it executes perfectly.

Even the slim Pax 2 doesn’t skimp on vapor production, and with a little practice, you’ll be taking down oven-fulls in style. There is a bit of a learning curve, especially since the Pax lacks any visible controls, so handing someone a heated device usually results in them hunting for a button.

The trick to the Pax is pulling as slowly as possible. It’s best explained to new users by comparing it to drinking from a straw — you only need a little pressure to actually pull out a lot of vapor, especially with the new lip-sensing tech.

And the result? It’s impressive, to say the least. The vapor clouds of an experienced Pax user are thick and full, and with proper breath control, can swell to enormous size without feeling too harsh. After a few minutes of use, the Pax 2’s efficiency can be almost overwhelming, leaving even experienced vapers looking for a breather.

All that efficiency doesn’t stop the Pax 2 from chugging along for days at a time. The tiny device holds a charge surprisingly long — much longer than the already impressive life in the Pax. Results will definitely vary based on all sorts of factors, including how finely the material is ground, how many times it has to warm up to be used for each oven, and individual experience with the device.

Once you’re a bit more comfortable, expect to be able to finish a freshly loaded oven in about 15-20 big draws, stirring once or twice in the process. A full battery charge is enough to take down five or six oven loads, but in my experience, one fresh oven was enough for an entire day or more. It charges quickly too, less than an hour from totally drained to fully charged.

Without a lot of moving parts, there isn’t actually much to open up and clean on the Pax 2. But the few places where junk gathers do need to be cleaned often to ensure optimal performance.

At the top end, the silicon mouthpiece is snugly fit into the top of the chassis and can easily be lifted out with a car or house key. Underneath, there’s a hole for the vapor path, and the aforementioned button. At the other end, there’s a screen sitting at the bottom of the oven, but no clear way to remove it.

The Pax 2’s efficiency can be almost overwhelming.

Luckily, it’s as simple as pushing a pipe cleaner through from the mouthpiece side. This will clean the vapor path, and the screen can be soaked in isopropyl alcohol to clean it off. Scrub out any remaining gunk from underneath the silicon mouthpiece, and you’re back in business.

However, it’s worth noting that the Pax benefits greatly from cleaning at least once every two weeks, if not more often. Not only is the compact vapor path prone to buildup, which leads to lower vapor production and a tougher draw, but the Pax can begin to smell of whatever material was last vaped in it, which isn’t ideal.

After the original Pax’s striking success and impressive design, it’s no surprise Pax would follow it up with an improved version. What is surprising is just how much better the Pax 2 is than its closest competitors. Still on sale for $200, the original is a tempting buy for the cash conscious. Don’t be sucked in. The Pax 2 is a superior choice by leaps and bounds.

At $280, the Pax is far from cheap, but when looking at herbal vaporizers, prepare to spend a bit. One of the least expensive options is the Magic Flight Launch Box, which retails for right around $100. It’s a great option, but the learning curve is steeper, and it’s not nearly as streamlined or intuitive. The Firefly is in the same range, costing $250, but it’s much larger than the Pax and less user-friendly.

With the vaporizer review section just a glint in our eye, we knew that the Pax by Ploom would be a prominent player, a vaporizer that would become the standard to which others are held. Even with our expectations tempered, the Pax 2 manages to impress with a cohesive and simple design, impressive vapor production, and the most streamlined process around.

CES 2022: The biggest news and announcements so far
This wild new display puts a gargantuan 120-inch virtual monitor on your desk
5G-enabled billboard in Times Square briefly brings interactive game to masses
Apple iPhone 13 buying guide: Release date, price, specs — everything we know
K-pop NFTs are here, but I’m not convinced they’re worth it
Solving VR’s ‘infinite walking’ problem with moon boots
Fighting football injuries with 3D-printed, hyper-personalized pads
Inside the U.K. lab that connects brains to quantum computers
ClipDart is an on-demand barber app aimed at people of color
How 5G is changing journalism
Why the moon needs a space traffic control system
10 female inventors who changed the world forever
The most influential women in tech history