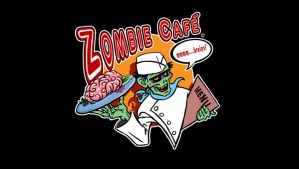 A Pennsylvania father has filed a lawsuit against Apple for allowing in-app purchases in free iPhone games, which he claims allows children to spend real-world money without even knowing it.

Filed by Garen Meguerian of Phoenixville, PA, on behalf of himself and other parents and legal guardians, the lawsuit charges that Apple has enabled unauthorized charges for in-game content, which amounts to “unlawful exploitation” of children, reports Apple Insider. The suit specifically targets games made for iOS devices, like the iPad, iPhone and iPod touch that include the option for digital merchandise.

The games that sparked the lawsuit include Zombie Cafe, Treasure Story and City Story. Through these games, Meguerian’s two daughters, ages 9 and 12, racked up $200 in in-app purchases, for things like “Zombie Toxin,” “Gems” and “City Cash.”

The problem, says Meguerian in the suit, was that Apple allowed for in-app purchases for 15 minutes after the iTunes account password has been entered. This enabled app users to authorize whatever purchases they like, even if they didn’t have permission from the account holder, who was then stuck with the bill.

As noted in the lawsuit, Apple recently changed its policy for in-app purchases in the iOS 4.3 update to require password entry for each purchase. But this wasn’t good enough for Meguerian, who charges that Apple pocketed “millions of dollars” before implementing the policy change. He also says that the password is not enough to stop unauthorized purchases.

This lawsuit follows an instance in which an 8-year-old girl was able to amount a $1,400 bill through in-app purchases made in the Capcom game Smurf’s Village. Following this case, the US Federal Trade Commission launched an investigation against Apple for its in-app purchase system.