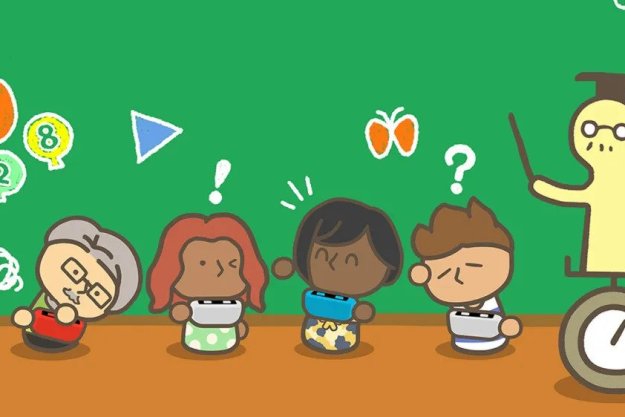 “Big Brain Academy: Brain vs. Brain is a shockingly addictive collection of brain teasers, but a slim package makes it a hard sell.”

Had Big Brain Academy: Brain vs. Brain launched on phones, it would have instantly become my favorite of Nintendo’s mobile apps. The combination of quick challenges and intuitive touchscreen controls makes it feel like a no-brainer for the platform. I could see myself breaking it out anytime I found myself in a long grocery line, filling a few minutes of boredom with some breezy brain teasers.

It’s not available on my iPhone, though, because it’s exclusive to Nintendo Switch. That puts the $30 release in an awkward position. While the Switch is portable, it doesn’t carry the same ease of access as a phone, which is always in my pocket. The game makes good use of the Switch in two-player battles, but Nintendo has missed a seemingly obvious opportunity here. It’s like slotting a circle into a square hole; it technically fits, but it’s not the correct solution.

Big Brain Academy: Brain vs. Brain is a shockingly addictive collection of brain teasers that’s perfect for players of all ages. Though as fun as it is, it’s hard to shake the feeling that it’s appearing on the wrong platform and priced too high for such a sparse package.

If you don’t remember the Big Brain Academy series, you’re probably not alone. A spinoff of the more popular Brain Age series, the puzzle game debuted on Nintendo DS in 2005. It was a clever educational tool where players increased their “brain mass” by completing a set of minigames built around different cognitive skills. A 2007 Wii sequel tried to expand it into a party game, but that was the end of the line for the franchise.

It finally returns on Nintendo Switch, but it hasn’t changed too much. It’s still a slim package that’s built around some focused hooks. The standout is the game’s Test mode, where players tackle five random, one-minute microgames, the results of which determine their “Big Brain Brawn” score. It’s shocking how much mileage comes out of that simple mode. The short nature of tests had me saying “just one more” over and over as I tried to outdo my best round.

That works as well as it does because of the minigames themselves, which are easy to grasp and fun to replay. In one game, I need to memorize a sequence of digits in an instant and punch them into a calculator. In another, I need to pop numbered balloons in the correct sequence, lowest to highest. A personal favorite shows me a figure and then asks me to deduce what it would look like viewed from a different angle. They’re simple enough for a child to tackle, but the intensity scales up with quick, correct answers. I found myself itching to master each one in the game’s pair of high score-chasing Practice modes.

The short nature of tests had me saying “just one more” over and over as I tried to outdo my best round.

While the game can be played with buttons, it’s best enjoyed using the Switch’s touchscreen. Each minigame has intuitive inputs, like spinning a clock’s hands to set the right time or swiping to knock numbers out of a column. It’s an extra kick of interactivity that makes each game superbly satisfying.

The real disappointment here is that the game doesn’t really take advantage of the Switch beyond that. There are no minigames built around motion controls or the Joy-cons’ IR sensors. Most of the 20 minigames are pulled from the previous Big Brain games, making this feel more like a quick compilation as opposed to a new game that was built with the Switch in mind.

Battle of the brains

As the Brain vs. Brain subtitle implies, there’s a competitive aspect to the game. though what’s strange is that its multiplayer options are shallow compared to the Wii installment. While that game featured four different modes, the Switch version basically has one. Up to four players compete to see who can clear a minigame fastest. The first one to hit 100 points wins. Players can either choose the minigame category or spin a random wheel, but that’s about the extent of the options.

There’s no traditional online multiplayer either, which is an odd omission.

The best use of multiplayer comes from two people competing on one Switch with touch controls. Lay it down flat and the screen will split in two, allowing players to sit across from one another and tap their side of the screen to play. It’s a cute little trick that actually makes good use of the device itself.

There’s no traditional online multiplayer either, which is an odd omission. Instead, online play occurs in the form of a single-player “Ghost Clash” mode. Anytime a player clears a minigame, their ghost data is recorded. Ghost Clash allows players to compete against their friends’ and families’ ghosts for some asynchronous competition. It’s not really a substitute for actual online play, but it’s at least a clever way to keep tabs on friends.

The best implementation of the system comes from he World Ghosts option, where players get to compete against random ghosts from around the world. Beating a ghost grants trophies, which increases a player’s Big Brain World Ranking (a sort of monthly leaderboard). Since these are battles against real players, they’re enjoyably tense, as they require some quick thinking and even quicker reaction time.

Could have been an app

There’s not much else to speak of. What I’ve described is the extent of the game’s features: Test, Practice, World Ghosts, and the shallow multiplayer mode. The only other extra is that the game contains 300 unlockable items, like hats and accessories for a player’s avatar. Unlocking every one would take a while, though that would require playing the same 20 minigames over and over.

At $30, this is a budget Switch game, but that price still feels too high. Big Brain Academy worked on the Nintendo DS because touchscreen controls were still a novel concept at the time (the first iPhone wouldn’t come out until two years after its release). But in 2021, there’s no shortage of touch-enabled brain teasers that can be played on any phone for free. Brain vs. Brain is fun, but it doesn’t make a strong case for someone to purchase it instead of downloading the Lumosity app for $0.

Were Nintendo not as stuck in its console habits, I think this would have thrived as a mobile app. All of the touch controls would perfectly translate to a phone screen and even tabletop multiplayer could be replicated on an iPad. Locking it to Switch just feels like a needless restriction in this day and age, especially as Nintendo still struggles to nail its mobile gaming ambitions.

At $30, this is a budget Switch game, but that price still feels too high.

I’m probably asking more from Big Brain Academy than anyone in history (but what do you expect from an S-grade brain like mine?). It’s about as low-stakes a video game franchise as you can get. Parents looking for an educational, but still fun game to play with their kids will eat this up. It’s just a reminder that a Nintendo console isn’t a one-size-fits-all platform for every kind of game — nor does it need to be anymore.

Big Brain Academy: Brain vs. Brain could have used more ideas in the “vs.” department, but the core brain testing is deceptively addictive. Intuitive minigames and satisfying touch controls make for a fun, though sparse collection of family-friendly brain teasers. It’s just hard to recommend it too strongly when mobile apps currently do what it does for free.

WarioWare: Get It Together! is a more robust (though still slim) package if you’re looking for Switch microgames, while the free mobile app Lumosity can fill your brain-training needs.

Realistically, most people will probably get a handful of hours out of it unless they intend to log in every day to stay sharp. Monthly challenges and unlockable items give some incentive for those who want to stick with it.

No. I genuinely enjoy it, but it’s just a hard sell considering how little is included here — though it’s a great pick for families looking for a fun educational tool.

Topics
Xbox Series X vs. Series S
Mario Kart Live: Home Circuit’s studio has made an AR Hot Wheels game
Best PS5 Game Deals: Elden Ring, NBA 2K23, Sonic Frontiers, and more
Minecraft Legends: Release date, trailers, gameplay, and more
All missable characters in Fire Emblem Engage and how to get them
How to use PS5 voice commands
How to enter the Forbidden Meadow in Forspoken
Assassin’s Creed Mirage pre-order: Get a $10 Best Buy gift card
I played the original Dead Space before the remake — and I regret it
How to overclock Intel’s Arc GPUs for better performance
Samsung’s crazy rotating 4K gaming monitor is $700 off today
Forspoken cloaks: all cloak locations and abilities
Forspoken necklaces: all necklace locations and abilities