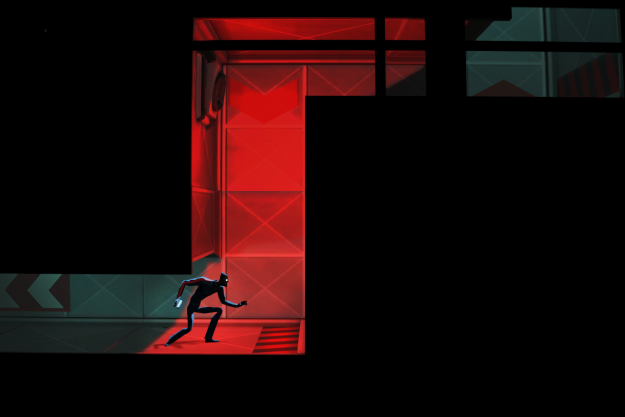 On Her Majesty’s Secret Service is the best James Bond movie. It’s George Lazenby’s only appearance as the smooth-talking secret agent, with the rough-and-tumble Aussie trading gadgets and sly tricks for energizing set pieces. More action flick than spy drama, Lazenby throws a punch with all the force of a speeding Mack truck. He’s the bruiser Bond.

It’s an oddity within the Bond library, a divisive love-it-or-hate-it film that double dips the obligatory intrigue in a piping hot bowl of simmering violence. That’s also a fair – if somewhat generous – summation of what Bossa Studios attempted to pull off with CounterSpy. Sneaky, more than a little violent, and not entirely in line with expectations.

CounterSpy is sneaky, more than a little violent, and not entirely in line with expectations.

The plot is vintage Bond. Earth’s mightiest superpowers during the Cold War era – referred to in this alternate history as the Imperialist States and the Socialist Republic – are in an arms race to launch the first nuclear strike on the Moon. As an agent of C.O.U.N.T.E.R., it’s your job to infiltrate each nation’s secret military installations and steal intel related to the launch plans: rocket specs, transmission frequencies, codes, launch sites… the works.

Each component of the launch plan is divided into five parts, and the difficulty ramps up for every set of five you collect until the final mission is unlocked. Every mission begins with a choice between which faction’s base you’ll infiltrate, but CounterSpy cheekily establishes early on that the Imperialists and Socialists have identical plans, so it doesn’t matter who you steal from.

Once you’re on the ground, CounterSpy takes the form of a heavily stylized side-scroller that unfolds in a 2.5D environment. A Metroid-style map shows you how many “rooms” there are to explore, and each one is typically filled with any number of patrolling guards, security cameras, and collectibles. It’s not actually set, since the particulars of each mission – everything from the map layout to the little secrets squirreled away in dark corners – are procedurally generated.

Developer Dynamighty’s bid to boost CounterSpy‘s replay value produces uneven results. On the one hand, each mission is undeniably fresh. There’s a set of persistent unlocks in the game, weapons and stat-boosting “Formulas,” that carry over between playthroughs and can be equipped before each mission. Between the random map layouts – which ratchet up in complexity significantly at higher difficulties – and the dangling carrot of play-changing unlocks, there’s a strong case in favor of return trips. It’s just too bad there’s so little to do.

Again and again, CounterSpy feels limited by the constraints of its side-scrolling design. Stealth just doesn’t work very well, for starters. Randomized level layouts and enemy placement are key culprits here, since the game’s behind-the-scenes mission creator isn’t the best at creating sneak-friendly puzzles. You’ll very often come upon rooms in which the only way to really proceed is an out-and-out gunfight.

That’s where we get to the action-driven heart of CounterSpy. Duck behind cover and the game pops into an over-the-shoulder view, allowing you to move a targeting reticule around in a properly 3D space. These shooting gallery sequences typically make up half or more of most any mission you set out on, especially if you play with an eye toward finding every secret and taking out every guard (which scores you points).

Again and again, CounterSpy feels limited by the constraints of its side-scrolling design.

Unfortunately, the gunplay gets old very quickly. CounterSpy‘s action moments suffer from a serious lack of depth. Certain weapons and Formulas help to mix things up slightly, but not enough to sustain the replay hooks that the longer game angles for. You can line up only so many headshots and combat roll away from so many grenades before the rinse, repeat process grows dull.

Even worse, the random level layouts sometimes break the experience entirely. Alerted enemies occasionally hop on the radio, which fills a meter tied to the faction’s DEFCON level until you shoot at them. A timer appears if the DEFCON level gets too high, giving you 60 seconds to complete the mission. It’s a worthwhile mechanic that helps to infuse some much-needed tension into every gunfight, but the dim-witted AI too often positions itself completely out of view when it hops on the radio. At that point, there’s really nothing to be done other than dash for the exit in anticipation of the timer or let yourself be gunned down, which resets the enemy alert states.

The presentation helps to abate these concerns somewhat. CounterSpy‘s cartoonishly stylized characters and environments really pop on a PlayStation Vita. The music is also very much in the spirit of period spy fiction, all twangy guitars and brush-heavy snare drums steeped in psychedelia. The bite-sized length of each mission is perfect for Sony’s handheld, though infuriatingly long load times into each mission are a noticeable problem. The load issues go away on PlayStation 4, but CounterSpy sells itself much more effectively as an on-the-go experience.

We’re back to Lazenby, the divisive Bond. Just like the tough-talking Aussie, there’s an audience for CounterSpy even though it’s not an across-the-board winner. Issues with the design hold it back, but more than that, it’s just not the playful work of spy fiction that it appears to be on the surface. There’s a few hours of fun to be had in dashing and shooting your way through cookie-cutter military installations, but the dangling hooks aren’t enough to snare this elusive spy.

Best PS Plus deals for August 2022