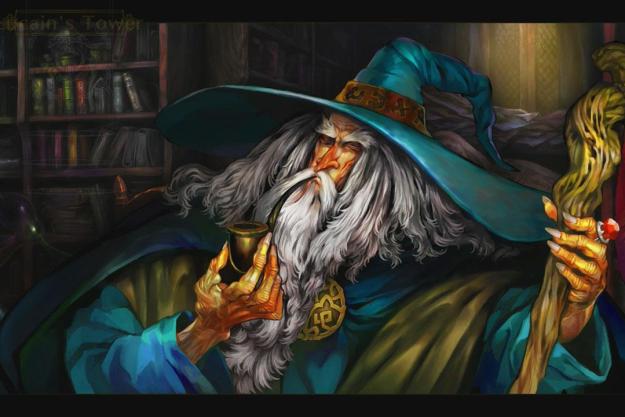 “Dragon's Crown, George Kamitani's latest game made for Vanillaware, is a soup of his very favorite ingredients”

George Kamitani is video games’ most distinctive chef. Dragon’s Crown, his latest game made for Vanillaware, is a soup of his very favorite ingredients. All of Kamitani’s games, from the lost ’97 classic Princess Crown to Muramasa: The Demon Blade, recently reborn for PlayStation Vita, share some hearty basics. Crown is a mix European fantasy — that thick mélange of elves, fairies, swords, and sorcery — with basic Dungeon’s & Dragons role-playing elements and the creator’s trademark impressionist art.

There’s no mistaking Dragon’s Crown as Kamitani’s cuisine; no other game designer and artist has that same painterly style that mixes Lucian Freud-style detail with Akira Toriyama-style bombast (not to mention perviness.) Kamitani, like any great gourmand allowed making whatever he wants, makes Dragon’s Crown a feast. A game that seems simple but develops deep, subtle flavors as it cooks; this is Vanillaware’s crowning achievement.

The Tools and the Talent for Adventure

The Kingdom of Hydeland’s seen better days. Demon-worshippers, pirates, and armies of orcs are encroaching on the placid principality in ever-increasing numbers. All the monstrous baddies wouldn’t be such a problem if the king was still around to command his armies, but he disappeared ages ago after trying to track down the Dragon’s Crown. That legendary piece of headgear is said to let the behatted order around the vicious dragons that destroyed civilizations ages ago, a handy force for fighting off orcs. Unfortunately, the king never returned from his quest.

Who needs a king, though, when the land is littered with adventurers like you? This is your story as well, told in the second person by a would-be Dungeon Master, with the goodly narrator keeping you up to date as you go. His account of your deeds is never as deeply personal as the sort seen in Bastion, sticking close to the sort of standard yet sweeping language of an old D&D Handbook from the ’70s. “Your victory will surely go down in history!” he booms after you slay a particularly ornery dragon. The narrator is so earnest and warm, though, that he catches you up in the moment. My victory will go down in history! Awesome!

As with classic pen-and-paper Dungeons & Dragons, you pick a character for yourself at the beginning of the game from six classes: Fighter, Witch, Sorcerer, Elf, Dwarf, and Amazon. Each has distinct strengths and weaknesses. The elf is quick and wields a vicious bow, but her melee fighting skills are weak at the start. The Sorcerer uses brutal offensive magic, but lacks the useful healing spells the more support-centric Witch has. Dragon’s Crown balances these characters to an impressive degree. They’re all equally fun to use.

Sometimes you feel like tossing around bad guys and the Dwarf’s there to satisfy that need, but other times you want the skilled timing challenge of using the Witch’s spells. It’s all too easy in brawling games like Dragon’s Crown to end up with a bunch of characters that are only cosmetically different from one another. What kills these sorts of games is tedium. If everything always feels the same, the play gets boring quickly. Crown’s characters are distinct enough on their own to prevent the dullness from setting in.

This foundation should sound familiar to anyone that’s played Capcom’s old arcade brawlers that were recently re-released in the Dungeons & Dragons: Chronicles of Mystara compilation. Kamitani worked on those games once upon a time after all, and Dragon’s Crown is a fitting spiritual sequel.

It’s also much more than that. The Chronicles games were ultimately built to get people to pop a quarter in the machine. Character development was thin, and the difficulty was unreasonably high to ensure that quarters continued to flow. The only reward was seeing the next new stage and hopefully getting your initials on the high score list.

Dragon’s Crown benefits from its smart structure and pacing, something Kamitani’s struggled with in the past.

Crown, on the other hand, is a game to linger in for hours. Playing through the game’s story takes around 15 hours, and that’s only if you skip many of the optional quests offered up by the Adventurer’s Guild in the game’s hub town. For the first nine of the game’s 18 stages, you’re left to play on your own with AI companions. This first half almost feels like a campaign in and of itself, as you secure the kingdom’s royal line and save the day.

The first also familiarizes you with Dragon’s Crown unusual personality quirks. For example, you can’t just open treasure chests; you have to command Loni the thief to do it. A mouse-style cursor controlled with the right analog stick issues his commands. “Click” the chest and he’ll work at it until it’s open. Another example: in order to recruit AI companions for fighting, you have to collect piles of bones found outside then resurrect them at the shrine in town.

Optional quests — like collecting mushrooms in a wizard’s labyrinth or killing a harpy boss on your own — aren’t just good for hoarding gear and cash, they’re the primary way you earn the points used for unlocking new skills. Only Runes feel underdeveloped; using a mixture of purchased collectibles and symbols woven into the background art, you use these to cast special spells that grant a free life or clear out the screen. It is weirdly complicated for a largely inconsequential part of the game.

Those bonuses can be useful when battles hit their peak though. Sometimes the action is so crowded and crazy that you can momentarily lose your character in the rush. Knowing how to perform attack combos helps, but you’ll need to diligently memorize them from a list you can only look at in town. These are niggling complaints though.

All of these little flourishes are rolled out slowly as you play the first half of the game. You only rarely feel overwhelmed with information during even the most chaotic fights, and you’ve got good cause to revisit levels after you’ve been there. That’s only the beginning too; the second half turns out to be demonstrably different.

Then it all changes in the next nine stages. To get to the final boss, the Ancient Dragon that can destroy all of civilization, you have to go through totally different versions of all nine stages with harder bosses and more complex goals. Return to the Wizard’s Labyrinth, for example, and while you fight blue Cyclopes you also have to try and stop others from escaping. Ride a flying carpet away from a sentient lava flow! Destroy a legendarily impenetrable fortress gate while holding back an orc army!

All of these fresh threats are tackled with friends you’ve met online. Some might balk at Dragon’s Crown restricting online multiplayer until you’re hours into the game, but the game’s actually doing you a service. There’s little time to talk things through mid-level since you can’t pause while online. If everyone in a multiplayer session was flailing around with no idea how to open chests, the pace would be broken. Crown is smartly structured to ensure anyone playing online already knows the basics.

Crown also becomes more fluid in the second half, giving you the option to keep questing with your party after finishing off a boss. Tackling consecutive stages with no breaks yields greater rewards when you ultimately return to town, like increased gold and experience, but weaponry also starts to degrade. It harnesses that adventuresome feel that makes games like Diablo so endlessly addictive in an immediate, arcade action package.

The framework for greatness is here, and so are the fundamentals to match it. Just getting into the game’s fights feels spectacular. The thrill of running into a horde of angry walking trees, flipping into the air and firing some arrows into the crowd is a singular pleasure. This game plays as smooth as yesterday’s brawlers do in your memory.

Dragon’s Crown benefits from its smart structure and pacing, something Kamitani’s struggled with in the past. He’s always been a chef of note, cooking unusual and distinctive dishes like Odin Sphere, but his previous games have been flawed in one way or another. Sphere was beautiful but bloated. Princess Crown was elegant, but it was often difficult to figure out what to do (and that’s on top of it only being available in Japanese.)

Vanillaware’s art is awash in life. Every character portrait literally heaves, with detail lines expanding and contracting, making something hand drawn seem alive. Even simple things like the level select map are more detailed and surreally beautiful than many whole games. The writing overflows with humor and strange asides, like one Monty Python-inspired boss that shouldn’t be spoiled and a stat-boosting cooking mini-game between stages. From this point on Dragon’s Crown is Kamitani’s signature dish. And it is delicious.