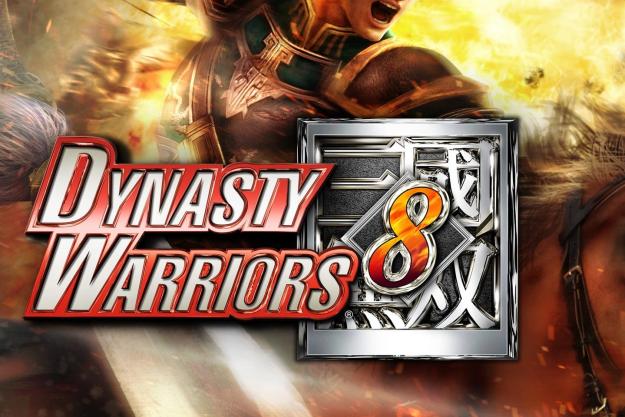 In an ever-changing world of entertainment, the new Dynasty Warriors 8 is succulent comfort food served during the summer lull of big releases. Just because something is familiar doesn’t necessarily mean you’ll like it, though. Dynasty Warriors could have burned an old player out. Is Dynasty Warriors 8 too much of the same? Should newbies be scared off by that big number on the title? Should series faithful, fat on a decade of DW’s hilariously dramatized ancient Chinese history, turn up their noses at “just” another game?

Not at all. Dynasty Warriors 8 is similar to every other entry the PlayStation 2-born series, but it’s also wonderfully accessible, with one seductive new mode that redefines how you play the game solo.

Same as it ever was

Dynasty Warriors 8‘s story is a retelling of The Romance of the Three Kingdoms, the 700-year-old novel about China’s foundational Civil War. It’s hard to overstate the book’s importance throughout all of Asian culture, a drama that’s as vital to making history as it is a document of actual history. Heroes like would-be emperor Cao Cao, feared warriors like Lu Bu, and the nearly 80 other combatants, rulers, and lovers that make up Dynasty Warriors 8‘s playable cast are each to Asian cultures like a combination of Luke Skywalker and George Washington, blending fantasy heroism with historical significance.

Dynasty Warriors 8 is reverent to these figures and their history, but not overly so. This is historical text filtered through Dragonball Z and WWE-inspired theatrics. Take the the battle of the Yellow Turban Rebellion, the very event  that kicked off the Romance era. The game’s take follows the plot of the old novel, but it’s also got a wailing guitar rock soundtrack. There are giant dudes wielding park bench-sized war hammers, doing crazy acrobatics and screaming threats at you. The game puts you in control of one character and you’ll kill more than a thousand soldiers all on your own.  It’s ridiculous fun.

The game is overstuffed, in a good way. There are four main campaigns, one each for the four warring factions of the Romance period. The Jin, Wei, Shu, and Wu clans achieve victory after plowing through 15 increasingly challenging and enemy-stuffed chapters apiece. Finish those campaigns and four more open up, alternate histories re-imagining who might have ruled China once upon a time. It’s not unlike Assassin’s Creed III’s alternate history DLC, The Tyranny of King Washington, but rather than just a brief expansion, Dynasty Warriors 8 retells what would have just been the full single player campaign of a previous game. It goes big.

The game is also a bit more visually rich than the previous numerical entries in the series, coming close after all these years to the graphical fidelity of your average PlayStation 3 and Xbox 360 game. The bland environment textures and spare character models of Dynasty Warriors 7 have been replaced by more detailed work in Dynasty Warriors 8. It still isn’t at the bleeding edge of what competing late-gen releases are capable of, but that doesn’t matter so much for a series that favors brute-force fun over all other things.

Swollen is a good way to describe Dynasty Warriors 8. Each character wields two weapons and has a cooldown-managed Musou special move that can clear out a bunch of enemies as well as a super mode (they’re faster, stronger, etc.) that you can activate after filling a meter. There are hundreds of weapons and new costumes to unlock for all of these characters. As you fight with each one, they gain experience in battle, earning new levels that extend how many times you can use a Musou special move, what weapons they can access, and more.

The world’s always at stake in the game’s campaign stages. You’ll spend a lot of time beating up entire armies with simple combos, but there’s also a bunch of different sub-goals. Maybe one of your lieutenants needs help in the northern edge of a given battlefield–indicated by a flash on the mini-map–or a big leader just appeared to guard a gate somewhere else. The game doesn’t always make it clear how and why these secondary goals appear.

In one stage, a messenger will appear in the north at a specific time after the start of the battle and meeting him nets you more experience and boosts the morale of your army, helping them fight better. It’s up to you to pay attention to the cause and effect of these moments, and the game’s trust in the player to note these cues is more welcome than constant tutorials. Going to war, the most basic activity in DW8, always gives you something new to do, and it makes the seemingly repetitive brawling addictive.

The new weapon system is also welcome. Rather than characters being locked to a specific type of weapon and then unlocking variations on that with different attributes, you can carry two of any kind of weapon regardless of character (though they do have one unique weapon apiece. Don’t want Sun Shang Xiang to always rock a bow? Hook her up with a thunder sword and a steel wheel spear you make at a blacksmith.

The variety would feel arbitrary on its own, but it’s a fun to experiment since each weapon has one of three affinities. “Man” weapons trump “Earth” weapons which in turn trump “Heaven” weapons. Duels with commanders in the field are defined by this rock, paper, scissor setup, and it adds a distinctive strategy flavor to the brawling that isn’t overpowering or annoying. An Earth weapon doesn’t feel markedly different from a Heaven weapon in a fight. Swords with different affinities still swing at the same speed. Wailing on an enemy commander holding an Earth sword with your own Earth hammer won’t do much damage, though.

Ambition Mode is the best new feature in the game. A solo mode has you pick a character and build the Tongquetai, a legendary fortress, to lure the Emperor of China to your side in the wars. Building the palace requires you to accrue fame, gather materials to build facilities like the blacksmith, and unlock more characters to bulk up your forces. All of this requires you to go out into battles like those encountered in the story mode, but with specific goals that range from extended sieges for raising fame and quick trips out to gather materials.

There are even basic role-playing game elements, in which you have to build relationships between your chosen warrior and the unlockable characters that you take into battle. Have Yuan Shu join you for a few fights, and he’ll like you more. Then he’ll fight better and be a more effective overseer for the fortresses facilities.

This fort building is never as deep or demanding as it is in a full scale strategy game. There are only a few different facilities to build and resources are never so scarce that you obsess over decisions. Managing the town and watching it grow between fights takes minutes, not hours. Bump up the teahouse for better pre-fight buffs or don’t, it doesn’t matter that much! As a structure for getting the most fun out of the game’s showy wars, though, Ambition Mode has sharp hooks that grab you. If you’re playing alone – and DW8 is sweet with another player in split screen or online – Ambition Mode is an excellent way to do it.

The changes to the decade-old series that has spawned so, so many sequels and spin-offs are small but significant. For veterans, they provide a convincing reason to dip back into the Romance of the Three Kingdoms one more time, to check out the alternate histories and plow through the Ambition Mode. But the game also demonstrates deftly why there are so many entries in the series after so many years. It’s still  a blast to play at the most basic level. Do not dismiss it as just another Dynasty Warriors.