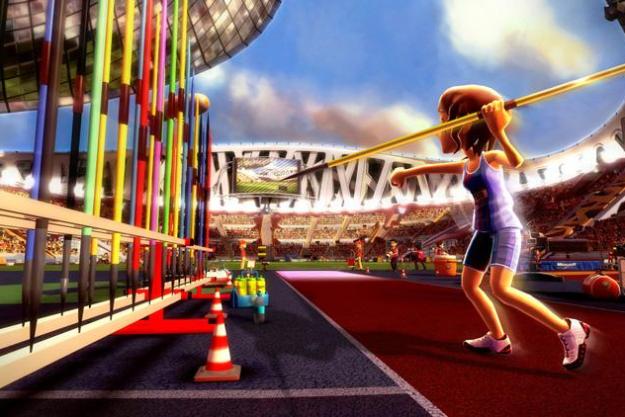 “One of the best Kinect party games around.”

Microsoft’s answer to Wii Sports, Kinect Sports is probably going to be the premiere party game for Kinect owners. As you might expect with a title like Kinect Sports, the game’s focus in on a variety of sports-related games, including: soccer, bowling, beach volleyball, boxing, table tennis, and track & field. Each game has its own style of play, but each involve a form of competition that will appeal to people that picked up the Kinect thinking it to be a rival to the Wii.

The games themselves are mainly based on reactions and timing. For example, soccer has you move in the path of a ball by leaning in that direction, because you cannot actually move forward or back. So you try to block the ball, then with a kick in the direction of another player, you pass it off before you kick to attempt a shot on goal. The boxing has you swing at your opponent and defend, while the track & field offers a handful of mini games that all have their own style, like the javelin where you run in place then release to hit the best distance.

While you can play solo, the games are really made for multiple players. There is even a “party play” option, which lets up to four players chose sides and play two-on-two battles of random game types. When you are playing with others, the game can be fun, but in terms of technical specs, Kinect Sports unfortunately highlights a few of the shortcomings of the Kinect. The best example is the boxing game. When you throw a punch, there is roughly a half second delay, and if you move quickly to land combos, the camera will frequently lose track of you. It isn’t a problem when you are just having fun, but it will turn off hardcore gamers, and it this odd lag prevents the game from being anything more than a passing amusement.

Still, this game is made for families and groups of people that don’t care about winning as much as just having a good time, and for them, this title is a must have.