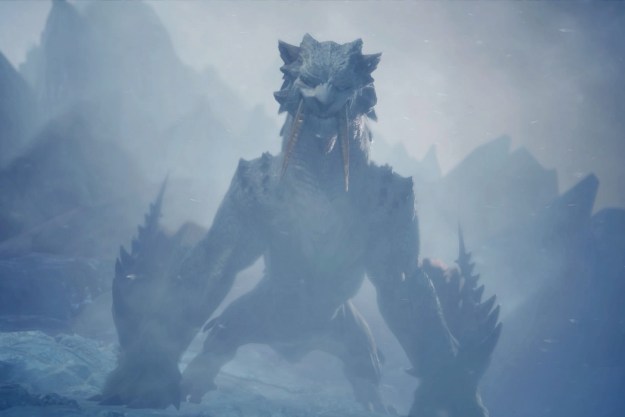 “Monster Hunter World: Iceborne is one of the best games of the year, expansion or not.”

Disclaimer: To avoid spoilers, the only monsters discussed in this review have already been revealed by Capcom.

It almost feels like a disservice to call Monster Hunter World: Iceborne an expansion. Not once during my 60 hours (and counting) with Iceborne did I fail to see ways in which Capcom innovated on the formidable formula that led to Monster Hunter World becoming the studio’s best-selling game of all time. Yes, Iceborne uses the pre-existing regions and many of the same monsters from World in combination with the new snowy locale and fresh monsters, but the result is a triumphant evolution from greatness to excellence. Much like the Ultimate editions of previous Monster Hunter games, World plus Iceborne is the definitive way to truly immerse yourself in the New World.

The new monsters are superb new additions to the large library of colossal foes, and the fresh subspecies stand out against their original designs. Even monsters from World have impactful and fun changes to their moveset thanks to Master Rank. It’s not just the monsters; the new locale Hoarfrost Reach is a rigorous and expertly designed region that promotes intense moments, and Seliana, the new hub, provides a welcome change of scenery. Toss in cool Master Rank armor and weapon sets, some neat mechanical changes, and an endgame that is far more realized than World‘s, and it’s incredibly easy to place Iceborne among the greatest “expansions” of all time. In fact, Iceborne is one of the best games of the year, expansion or not.

Do the Monster Mash

The main draw of Monster Hunter has always been the larger-than-life monsters scattered throughout the various biomes, and Iceborne features some really outstanding monsters. The majority of the monsters are either popular legacy monsters or subspecies’ of existing monsters, and while that may be disappointing to some hunters, Iceborne manages to remain fresh on a hunt to hunt basis. Overall, you’re getting about as many “new” monsters to hunt in New World as there were when World launched (more than 20).

Your introduction to Hoarfrost Reach sends you out to slay Beotodus and Banbaro, two of the new monsters in Iceborne. Beotodus is a large fish monster that burrows into the snowy terrain of Hoarfrost Reach, making him difficult to strike cleanly. Banbaro is an absolute unit who resembles an elk. He uses his antlers to dig up massive snowballs or uproot trees to roll towards you with a vengeance.

Moving through the thick snow of Hoarfrost Reach slows you down, forcing you to better plan your attacks and dodges. Even when fighting Beotodus, a monster with a similar moveset to Jyruatodus, the setting of the fight makes it a unique experience. Both of these intro hunts provide more dynamic and interesting combat encounters then, say, the Great Jagras from World.

When it comes to new monsters, Iceborne truly excels with its Elder Dragons. Led by cover star Velkhana, the Elder Dragons in Iceborne are full of awesome surprises. When I finally had the opportunity to fight Velkhana, I was blown away by both the difficulty and the sheer awesomeness of this frosty Elder Dragon’s moves.

Velkhana has the power to conjure ice that’s extremely hard to avoid. Her ice breathing attacks come up from the ground, creating barriers you have to smash through to get in some hits. Sometimes, ice falls from the sky, too. When Velkhana isn’t trying to bury you with ice, she’s using her sharp tail as a sword. What makes her particularly tough is that both the ice and tail attacks are dynamic. She can reach you with either whether you’re up close or far away. I learned quickly that I needed to keep moving to avoid getting hit. Couple these hard-to-avoid attacks with her punishingly fast speed and Velkhana promptly turns into an endurance hunt.

As for the main questline, it’s mostly comprised of monster subspecies and the return of old favorites. None of these disappoint, and on the subspecies side of things, one really stood out.

While I already loved Pukei-Pukei in World, Coral Pukei-Pukei Iceborne brings the dumb bird to new heights. Coral Pukei-Pukei uses the existing Coral Highlands to siphon water into its tail. From there, it sprays piercing streams like a Super Soaker or turns about like a sprinkler, inflicting both damage and Waterblight. The animations for Coral Pukei-Pukei’s attacks are extremely detailed. You can actually see the water shifting around in its tail as it flaps its wings and tries to drown you. But the new water ability also makes Pukei-Pukei more challenging, as it has an immense range and shot types to keep you on your toes.

Capcom also brought back a number of fan-favorite monsters from previous Monster Hunter games, each of whom get appropriately epic cutscene introductions. The lot includes Nargacuga, Glavenus, Tigrex, Brachydios, Zinogre, and Barioth.

My favorite of the bunch is Glavenus. With a hulking frame and a tail that can be sharpened with its teeth and used like a fire sword, Glavenus just oozes cool. Outside of his more enhanced appearance, however, he’s very similar in nature to before. On the other hand, the new subspecies Acidic Glavenus is a different animal, with his ability to lower your defenses with strikes from his tail. Acidic Glavenus has far greater control over his tail to make precise, dagger-type slashes at hunters. It’s remarkable how different Glavenus and Acidic Glavenus feel from one another, which is a testament to how well-drawn these monsters are when it comes to their unique behaviors.

Even existing monsters from World have new moves in Master Rank that make revisiting them in optional quests noteworthy. For instance, Tzitzi-Ya-Ku now hops around while getting ready to flash you with its ears, repositioning itself with your movements, making the flash harder to avoid.

Iceborne‘s quests take place in Hoarfrost Reach and the five locales from the base game. There’s a lot of backtracking, and I would’ve liked to see more of the mainline quests take place in Hoarfrost Reach. Naturally, the existing locales are the same as before, but they play a tad differently thanks to the new verticality added by Clutch Claw and the new monsters. Clutch Claw is an amazing addition to the gameplay. At any time, you can try to grapple onto a monster to attack it, claw at its face, or send them to the ground with the Flinch Shot. The Flinch Shot is by far my favorite new trick. It lets you unload all of your Slinger ammo into the monster (preferably its face) and sends it flying towards walls, inflicting tons of damage and knocking them over.

Hoarfrost Reach, on the other hand, is fittingly daunting in both scope and design. Areas of thick snow up to your waist will slow you down. Icy surfaces can test your balance and sometimes even break below you. Without Hot Drinks (or a Warming Jewel), your stamina gauge will gradually decrease. It’s the only biome that consistently tests your resolve. In the other five biomes, you rarely have to contend with harsh weather, slippery surfaces, or obscured vision.

In this respect, Hoarfrost Reach works incredibly well as the key Master Rank biome. Being forced to contend with both powerful monsters and the elements creates a consistently satisfying challenge that changes dynamically depending on which area you happen to be in.

It’s also the largest locale in the game, complete with wide-open spaces, caverns, and scenic vistas. The new Raider Rides system, which lets you call some small monsters to give you lifts across the map, is particularly useful in Hoarfrost Reach due to its size and terrain.

When you’re not enduring the elements of Hoarfrost Reach, you’ll be thawing out in Seliana, the new hub. It has all of the trappings of Astera but with a winter theme and new folks running the essential services. The cheery new music that plays is also much appreciated, but I have to give a special shout out to Grandma Meowster, the feline who makes all of my meals before hunts with such love. The relaxing atmosphere is a joy, especially since Master Rank hunts can be so trying, and Seliana is always a welcoming palate cleanser.

When you get really into Monster Hunter, you start poring over your build, from armor to decorations to charms. Considering the increased challenge of Iceborne, your build is even more important than in even the toughest High Rank content. But it’s also important to look cool, right? Iceborne has new Master Rank armor and weapon sets for every monster, new and old. That means new monster pieces and parts to carve, new bones to unearth, and new ore to mine.

Monster Hunter World: Iceborne stands tall as one of the best expansions of all time.

In High Rank, I could often get away with simply focusing on my overall defense and attack numbers. In Master Rank, I started caring more about resistances — skills that reduce stun duration, skills that improve constitution, etc. Iceborne‘s monsters will compel you to care.

Like World, the number of customization options at your disposal is almost endless. Dozens of new armor sets, new weapon tree branches for all 14 weapons, a silly number of jewels, new Mantle upgrades, new charm levels, and more create a dizzying number of options for a full game, let alone a game marketed as an expansion.

At the risk of spoiling anything, I’m going to keep this last remark brief. While the base game didn’t have much dedicated endgame content, Iceborne contains an enriching endgame. Once the credits wrap, the Master Rank cap is removed and more challenges begin. Not only does it offer substantial content that keeps you playing, the content itself cleverly plays with the well-known loop in a number of truly fun ways.

Filled with tough, dynamic monsters both old and new, a few brilliant new mechanics, and a punishing new locale that cleverly ups the challenge even further, Monster Hunter World: Iceborne stands tall as one of the best expansions of all time. Monsters are far more dynamic and unpredictable than in the base game, and Capcom welcomely brought back a number of fan favorite foes to join the stellar new cast. The loop is more satisfying than ever thanks to the increased challenge of Master Rank, the fun Clutch Claw move, and the alluring armor and weapon sets to work towards. Even when the gripping story ends, there’s still far more to do thanks to a surprisingly robust endgame.

No, Monster Hunter World: Iceborne is in a league of its own. When it comes to action RPGs, Iceborne is a unique animal that offers a distinct experience. But if you don’t want to spend the cash on World/Iceborne, Dauntless is a somewhat similar (but not as good) free-to-play game.

It took me roughly 40 hours to complete the campaign. I’m over the 60-hour mark and I feel like I’ve just scratched the surface with the endgame.