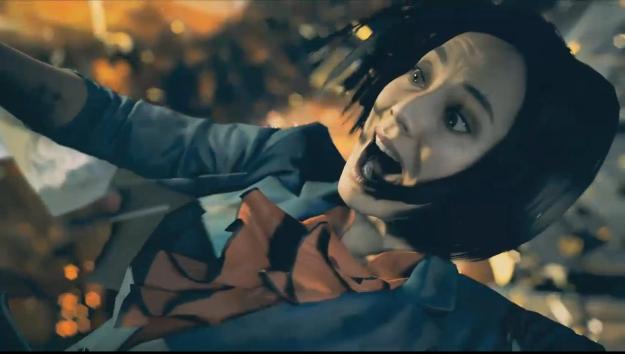 Remedy Entertainment hasn’t ever been shy about toying with the shape that narrative structure in a video game can take. Max Payne and its sequel delivered exposition using between-mission graphic novel-style panels back in an era before touchscreen tablets and smartphones brought forth the idea of motion comics. Alan Wake made no secret of its love for episodic television, using intro sequences, dramatic breaks between levels, and “previously/next time on” teasers to keep players invested.

Quantum Break represents the next evolution of the Finnish studio’s philosophy, an Xbox One exclusive action shooter that blends in a live-action component that is influenced by player choices throughout the game. Many of the finer details remain murky at this point, but we walked away from a behind closed doors E3 2013 appointment with a bit more info to flesh out the broad overview presented at Microsoft’s press conference.

The theater of time play. Two playable characters sit at the center of Quantum Break‘s time-shifting story: Jack Joyce and Beth Wilder. This pair, along with the villainous boss of of Monarch Security, Paul Serene, are in attendance at a time-travel experiment gone awry at the start of the game. The incident leaves them all powered up with the ability to influence and manipulate time in a variety of ways. Unfortunately, the failure also leaves the temporal balance of reality in a state of flux which … you know … isn’t a good thing.

The point of junctions. Quantum Break‘s story on the gameplay side leads players through multiple “Junction Points,” which are choice-based moments that give players the ability to influence the unfolding story. The choices made in these moments – which see players deciding on a course of action as either Jack, Beth, or Paul – then impact how the live-action portion of the game plays out. The idea here being that the choices you make as you play effectively author the story that you watch between levels.

First season of programming. The live-action portion of Quantum Break is described as a full season’s worth of episodic content. Remedy isn’t speaking in specifics about the length of any given episode, but the team wants players to be clear on one thing: these are not YouTube-length clips. The content of each episode changes according to the choices that you make at each Junction Point, and while players won’t be penalized for skipping past the exposition and focusing only on the game, the story is built to have one weave in alongside the other.

It’s a Remedy game. The behind closed doors E3 demo featured a total lack of action-oriented gameplay. A brief playable sequence – the same one seen during Microsoft’s press conference – was used to highlight the fact that even expository moments offer some degree of interaction. The demo was really about showcasing bigger concepts, however, so we’ve only got Remedy’s word plus a few brief clips to go on.

The play portion of Quantum Break is an action-driven shooter with cover mechanics and time manipulation powers. A short sizzle reel at the end of the demo offered a tantalizing glimpse of what these characters are capable of. Incoming projectiles as large as a car – perhaps even larger – can be stopped in mid-flight. The time powers also seem to include a bit of telekinesis, as we got a brief glimpse of one character using a floating wall of debris like a shield.

Timely visuals. The graphics in Quantum Break – the little that we saw – look … next-gen! Surprise! Remedy’s E3 demo focused almost entirely on concept, so there’s really very little to say at this point about how the game looks. You can get a sense of it in the newly released trailer. We’ll surely see more in the coming months.

It can’t be stressed enough that, at this point, Quantum Break amounts to a whole lot of promises. Remedy took the time at E3 to lay out its vision for the game and some of the high-level concepts at work, but there’s really not much here yet to really preview. This is a developer that deserves the benefit of the doubt, and we remain excited to see what more comes out about the game. Expect a wait though. Probably a long one.