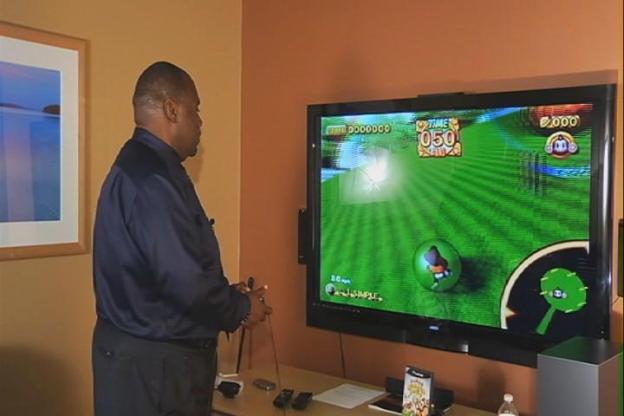 In order to prepare for complex medical procedures, surgeons in a Florida hospital have taken to playing video games as a warm-up prior to surgery. In a recent study conducted at the hospital, physicians that played video games for six minutes prior to attempting a virtual surgery actually improved their patient outcome results, according to the Orlando Sentinel (and reposted by Game Politics). Take that, Senator Rockefeller.

At the Florida Hospital Celebration Health in Kissimmee, Florida, general surgeon Dr. James “Butch” Rosser conducted an experiment with 300 surgeons. Prior to performing a simulated laparoscopic surgery, half of the doctors played a variety of video games, including Super Monkey Ball 2 on the Nintendo Wii and the original Super Monkey Ball on the GameCube, for six minutes while the other 150 doctors did not. Those that played the video games scored higher on the surgery simulator, resulting in better results for the virtual patients.

“Surgeons who had played video games in the past for more than three hours per week made 37-percent fewer errors, were 27-percent faster and scored 26-percent better overall than surgeons who never played video games,” the study found. “It is the error reduction that will have the most significant impact on patient safety.”

Rosser, who compares the act of surgeon playing a video game before surgery to an athlete warming up before a game, first published a report on the benefits of video games for physicians in 2003. He has preached the virtues of gaming ever since. As a result of the study, the surgeon’s lounge in the Florida hospital now features a gaming lounge, where up to four doctors can play/prepare.

Although it has become a pastime for many politicians to attack violent video games and claim there is a connection between them and violent behavior, there is still no proven correlation between the two. In fact, the opposite may actually be true, and violent games could reduce violent tendencies. Regardless, Rosser and people like him are proving that while the downside of gaming is still unproven, the upside is very real.