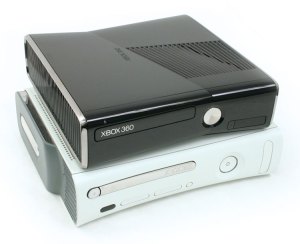 UPDATE: Slight error in the below post, it seems. I mistakenly referred to the upcoming spring update as the one that may fry your Xbox 360, as we learned yesterday. According to Major Nelson, the Xbox-frying update has happened already, which means you can stop hoping for a free replacement console now. It also totally kills this post’s running joke. Thanks a lot, Microsoft.

Show of hands: how many of you Xbox 360 owners are praying for a critical system failure once Microsoft pushes out its latest firmware update? There’s one hand up right here. The company has pledged to replace all affected consoles with a shiny, new slim model and packed-in 250 GB hard drive. Pretty sweet, right? As it turns out, however, the latest update is actually good for more than just destroying your old, RRoD-prone 360. Bonus!

A new post from Xbox Live community overseer Major Nelson runs through the actual new features included in the latest update, as opposed to the unfortunate console-killing side effect. The chief addition for most of us is almost certainly the introduction of PayPal for the purchase of goods and services over Xbox Live Marketplace. You’ll still have to contend with those wacky Microsoft Points for Xbox Live Arcade purchases of course, but now at least you’ll be able to pay for those points by funneling your funds through PayPal.

The other new feature isn’t as flashy as PayPal support is, but using it means you’re doing your own part to save our dying world! The update also adds an auto-standby feature that puts your console into standby mode if it is left idle for more than one hour. This of course reduces power consumption, which in turn feeds your own world-saving heroism. The feature is turned on by default, but it’s easy enough to turn off in the console’s System Settings menu.

The update starts rolling out “gradually” today, and should show up for one and all “throughout the next couple weeks.”