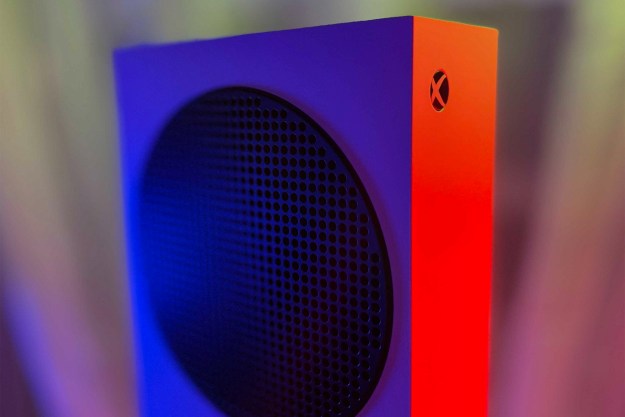 Xbox Series S review: Impressive but not worth it in the long run
MSRP $299.00
Score Details

The Xbox Series S is an incredible piece of engineering in many ways. Next-gen features such as instant loading in an incredibly compact and affordably priced device certainly help it fill a niche in the market that is not being met by the more expensive PlayStation 5 or the severely underpowered Nintendo Switch.

Despite the things I like about the Series S, however, I can’t help but feel like the trade-offs it makes are not worth the $200 savings it provides, especially if you’re moving to it from a midcycle refresh like the Xbox One X or the PlayStation 4 Pro.

The Series S is initially a showstopper

I got my Series S in the same delivery as the Series X, and I was honestly more impressed by the former than the latter while unboxing the two consoles. It took me back to when I moved to America, and my original PAL PlayStation 2 wouldn’t work here, so I had to get a PlayStation 2 NTSC Slim. I was awestruck by how something so small could play all these incredible games, and while the Series S doesn’t shrink down to nearly the same size as the slim PS2, having something more compact than most textbooks is nonetheless impressive.

Then I booted it up, and all the same snappiness as the Series X was there. I was able to download a system update in a flash and manage all the setup via the much-handier Xbox app. Navigating the menus and downloading games from my library was equally as zippy, and to my delight, some of the titles were tens of gigabytes smaller thanks to the lack of 4K textures.

I was awestruck by how something so small could play all these incredible games.

Then I ran into the first catch of the Series S. That pesky 512GB SSD. It’s not even 512GBs — it’s more like 370GB of usable storage. I had six games installed, and I was already out of space, even with the smaller install files. Thankfully, I have uncapped gigabit internet in my apartment, but that is an incredible niche thing when you’re talking about almost half of the U.S. population that plays video games. Most people do not have the luxury of being able to delete and re-download games conveniently.

There is an option to store more games, but it’s a $220 Seagate expansion card that provides an additional 1TB. By the time you’ve shelled out the money for both that and the console, you’re actually looking at a more expensive value proposition than if you had just bought a Series X, which comes with 1TB of storage natively, a disc drive, and much better hardware.

The severely limiting storage allotment was more problematic than I thought it would be, but maybe the system’s performance would impress enough to make this a product I could recommend?

The differences in visual quality are noticeable

The first game I played on my Series S was Assassin’s Creed Valhalla, and at first, I thought there was something wrong with it. Not only did it look worse than the Series X, which was to be expected, but it also looked worse than on my One X.

The Series S, however, caps game resolution at 1440p. I would have hoped that Valhalla would then be able to push to 60 frames per second on the console, but it was locked at 30 fps. Switching to the Series X, which runs the game at a consistent 4K60, was a drastic change, but even looking at it on my last-gen One X side by side, I was a little taken aback by the limited performance.

The first game I played on my Series S was Assassin’s Creed Valhalla, and at first I thought there was something wrong with it. Not only did it look worse than the Series X, which was to be expected, but it also looked worse than on my One X.

There is a way to have Valhalla run at 60 fps on the Series S, but it requires you to change the resolution to 1080p at a system level. Not only is that inconvenient, but that is a huge visual drop, especially as that disables the game’s HDR as well.

The other games I tried, fortunately, did not have as dramatic a difference as Valhalla. Call of Duty: Black Ops Cold War might have been lacking ray tracing and 120 fps modes, but it still felt competent enough visually that it was an impressive console experience. And I was happy to see the Series S still included the ability to increase the game’s field of view, which is a huge advantage that until this new generation was only afforded to PC players.

Gears 5 was the most indistinguishable of all the games when comparing it between the Series S and Series X. And while Dirt 5 ran at a lovely 120 fps on the smaller console, the dip in texture quality was quite noticeable.

Only a handful of people should pick up the Series S

Reviewing a unit like the Series S is something I have to change my mindset for. I have to think about the broader spectrum of gamers that don’t play video games for a living and might not have high-speed internet or a 4K OLED TV to enhance their experience.

Call of Duty: Black Ops Cold War might have been lacking ray tracing and 120 fps modes, but it still felt competent enough visually that it was an impressive console experience.

Taking all those factors into consideration, I still think that most people shouldn’t pick up a Series S. If they want an Xbox, they should spring for the much more impressive Series X. Here’s a list of the types of people that should pick up a Series S:

If you’re buying it as a second console for another TV in the house, it’s not worth it either. The Series X boots up from complete shutdown in seconds, and a feature like Quick Resume, which allows you to swap between games to the exact point you left off, works even if you unplug the system. Just moving your Series X between rooms will only add the smallest amount of inconveniences that would otherwise be alleviated with an additional Series S.

The category I think that most fit the need for a Series S is when buying it for your kids. That is the strongest argument for the console, but to me, there’s an unanswered question that changes my thoughts on it. Will Xbox introduce more Series consoles down the line, or will there be a midcycle refresh again?

If so, the Series S is a compelling purchase if you are buying a system for your preteen. By the time they’re a teenager, Microsoft may have released an even more powerful console, or a more capable Series S, which would make a smaller investment now for only a handful of years a smart move.

The thing is, I am 50/50 on if we’ll get that refresh with this console generation. By the time the original Xbox One and PS4 were released, the transition from 1080p to 4K was already underway, and those systems were not equipped for it. That’s why we got the One X and the PS4 Pro.

This time around, both systems support 8K, which is a long way off from hitting the mainstream than 4K was in 2013. While both the Series X and PS5 might be underpowered to play native 8K games, the advancements companies are making with machine learning to create upscaled 8K that looks as good as native resolution are impressive, to the point where this hardware might be perfectly capable of hitting those spec requirements.

Ultimately, new consoles in the next few years are not a foregone conclusion, and while your child might be more than content with a Series S now, four or so years down the line, it is going to be severely unimpressive.

I really like the Series S, and if I had never played the Series X, maybe I would feel differently about it. But I have played the Series X, and I think for the majority of people, the $200 additional cost is worth it for everything that console can do that its younger sibling cannot. If the Series S was $199, and extra storage was not as pricey, we might be having a different conversation.

The Xbox Series X is superior in just about every way, even at a steeper price point.

Theoretically years, but over time its limitations will quickly become apparent.

I really think only parents with young children that are just starting to play video games should invest in the console.