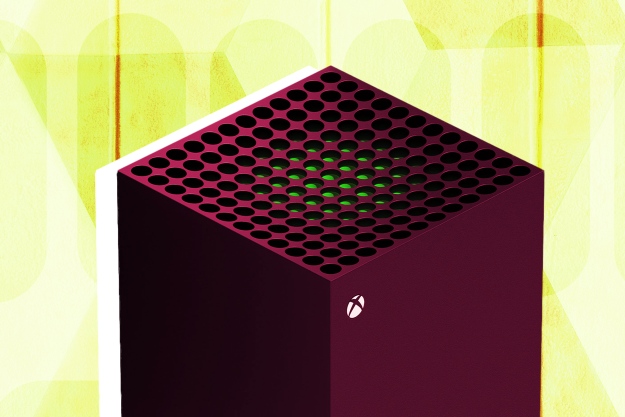 “The Xbox Series X is an extremely powerful console, but the lack of next-gen titles has stalled its launch.”

When a console launches, it’s critical. Every component of a new system – from hardware to software – has to come together to meet the expectations of an eager and often hypercritical fan base. But COVID-19 has thrown off even the most elaborate schedules, much to Microsoft’s frustration.

The Xbox Series X is like an athlete who spent the year practicing for the big game, only to find the rest of the team didn’t show. It’s a powerhouse that corrects many of the wrongs from the early days of the Xbox One. It undeniably has a bright future. But, due to key software delays, it’s not a system that must be purchased immediately – or any time in the coming months.

There’s no discussing the Series X without acknowledging the delay of Halo Infinite. Microsoft pinned the launch of the game to its new consoles some 17 months ago. Master Chief was the other superstar meant to stand next to the Series X at the starting line.

Whether Halo’s delay was due to the pandemic, or quality issues, is immaterial. Without it, there’s no system-selling game to support the Series X this holiday season. And while Microsoft’s Game Pass means there’s plenty of games to play on the system, thanks to backward compatibility and optimizations on some third-party titles, the company is asking players to spend $500 on a new console — when the same games already work on the old one.

Digital Trends reviewed the Xbox Series X over the course of a week. (This review focuses solely on the Series X, not the $300 Series S.) And, in full candor, realizing a consumer-level experience was challenging, as optimizations were only available on a handful of titles. EA, for instance, only says it will detail its optimizations for Madden NFL 21 “soon,” and SquareEnix doesn’t plan to optimize Marvel’s Avengers until 2021.

Gamers know to expect a day one patch, but that doesn’t make it any less frustrating. The initial download was less than 1GB, but Microsoft hasn’t said what the final launch-day patch size will be. (This is separate from any required game updates.) The controller also requires a patch.

The result is a setup process that will likely take 10 minutes to an hour of your time, depending on the speed of your internet connection. Certainly, it’s better to receive a patch than to not, but the conflict between major launch day updates and the desire to load up a game the instant you turn on the console is an issue the blazing new solid-state hard drive can’t fix.

Otherwise, setting up the console is a breeze. Microsoft pushes using the Xbox app to do so. It really is a timesaver, letting you copy your settings, GamerTag, Wi-Fi password (assuming you don’t have a hardline internet connection for your console), and other information over quickly, drastically simplifying setup.

Performance: Plenty of power, in a big box

Microsoft has shouted about its superior hardware at nearly deafening levels since it first teased the Series X (called Project Scarlett at the time). By now, you likely know the specs and buzzwords: 120 frames per second (fps), HDR, 12 teraflops of processing power, and so on.

Despite its performance, the Series X is surprisingly quiet. The cooling structure of the system is so efficient that you’ll sometimes wonder if the console is actually turned on. The Xbox One, in comparison, is like a jet engine.

The Series X is not, however, an easy fit in most home entertainment centers. Microsoft (like Sony) built its next-generation system to be a showcase item. The Series X is smaller than the PlayStation 5, but it’s still not built to fit easily into the average living room A/V cabinet. This is due to its width, the consequence of a shape more similar to a box than a slate. It could be an annoyance to some owners.

You’d think there would be more to say on performance, but there isn’t, and that (again) is due to the lack of launch titles. This is the part of the review where amazingly beautiful new open-world titles might be discussed. Unfortunately, that game doesn’t exist for the Series X at launch. There’s no question this is a powerful console — by the numbers, it’s (a bit) faster than the PlayStation 5. Unfortunately, the hardware is currently underutilized.

Storage: 1TB isn’t what it used to be

The Series X comes with acceptable, though not optimal, storage space. The 1TB hard drive (compared to the Series S’s 512GB) is on par with the Xbox One X. You’ll only have 802 GB available, though, after subtracting the amount used by the system’s operating system. That should be fine initially, but as this generation progresses and games require more space, it could be problematic.

Bumping system memory to 2 TB could have future-proofed the console, though it certainly would have affected the Series X’s price. The Xbox Series X console will launch November 10 for $499 (a key selling point for Microsoft).

If 1TB isn’t enough, you can expand Series X’s storage. Players can hook an external hard drive to the system. Testing by Digital Foundry discovered that, at least for backward-compatible titles, an external solid-state hard drive was almost as fast as on-device storage.

The console also has a Storage Expansion Card slot that can double memory size, but at $220, it isn’t inexpensive to do so. The PlayStation 5 can be upgraded with a wider variety of third-party PCIe 4.0 SSDs, which can be purchased for as little as $200 (for 1TB of storage).

The controller: If it’s not broke, don’t fix it

Controllers are our connection to the games we play, and they’ve become increasingly important over the past few generations. Microsoft has stuck close to the same design for the past two generations, and there aren’t any major changes this time around.

The Series X controller fits nicely in your hands and has been ergonomically tweaked to make it slightly more comfortable. It’s a bit more social than previous Xbox controllers thanks to the addition of the capture and share button, which allows players to record screenshots and video clips and quickly post them online.

Games and software: The lack of launch title stings

Given the paucity of games built for the Series X, as well as the very few that were optimized during the review window, evaluating its gameplay potential is – frustratingly – the most TBD part of the Xbox Series X experience.

Yes, the currently available games look amazing. Gears 5 runs incredibly smooth at 120 FPS, which raises hopes of titles still to come. Visual fidelity is only part of the gaming experience, of course, but it’s a hook that draws in players. However, Gears 5 at 120 FPS isn’t nearly enough to sell a new console as next-gen. A new console needs a launch title to really show off, and again, with Halo Infinite delayed until next year, the Series X  doesn’t have one.

The promise of faster load times remains unproven as well. Loading from game launch to gameplay in Gears 5 (for a new campaign) still takes well over a minute. Watch Dogs: Legion, while unoptimized, took a bit less time. These are better results than an Xbox One X, but not the instant-play accessibility that was suggested. Hopefully, games that are built with next-gen in mind will boast load times that feel next-gen.

Quick Resume, the touted feature that suspends games much like you suspend an app on your smartphone, seems to work fine, though (again) with few optimized titles, it’s hard to put it through its paces. Generally, games you navigate away from do reopen quicker, after a brief splash screen.

The Smart Delivery feature, which ensures players get the best version for their system, is a nice touch that will save frustration, but the fact that it’s not available on every game is annoying. It’s not even available for every Xbox Game Studios game, which is positively baffling.

The Xbox Series X is Microsoft’s bet on the future. It’s an insanely powerful system that, once the company’s internal teams begin to showcase its power, could wow the gaming world.

Microsoft feels it has something to prove this console generation. The Xbox One stumbled out of the gate and never fully recovered. That’s not the case this time. While the lack of software is bothersome, it’s hard to fault the company entirely, as the pandemic has put strains on everyone in the gaming world.

It’s an insanely powerful system that, once the company’s internal teams begin to showcase its power, could wow the gaming world.

Microsoft is making a compelling case for the value proposition of Series X with Game Pass. There’s a reason it’s touting the huge library of backward-compatible games and the Smart Delivery option. No, you won’t have a new Forza, Halo, or Gears to play with your Series X this year. And you may not for quite some time. But Microsoft argues that this is a perfect opportunity to play games you never got around to or are currently enjoying (as well as the slew of third-party games coming this holiday) in an enhanced environment.

It’s not a bad argument, by any means, but it’s more sensible and practical than emotional. Console launches were once a chance to show off new gaming experiences that simply weren’t possible before. For now, the Xbox Series X falls short in that department.

The Xbox Series X is a powerful system that doesn’t yet have anything to truly showcase its abilities. With sharp graphics, a familiar interface, and fast load times, it’s set up to be a strong contender this console generation. But a lack of showcase games means there’s no need to rush to purchase.

Yes. Sony’s PlayStation 5, unlike the Xbox Series X, has launch titles that are worth your attention. Astro’s Playroom and Demon’s Souls are the standouts. Marvel’s Spider-Man: Miles Morales is also hotly anticipated, though it can also be purchased for PlayStation 4.

The Xbox Series X should prove a solid investment, discounting unforeseen problems (which have impacted first-gen console models in the past). Despite its lack of launch titles, the Series X is a very powerful system that should remain relevant for at least five years.

No, not yet. The Series X is a solid console, but it lacks a launch title that demands you buy the console immediately.