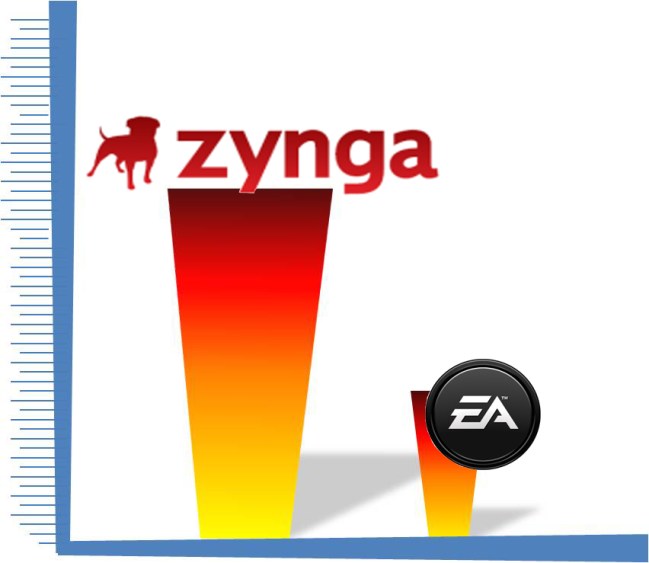 As if anyone needed more confirmation that the social and mobile gaming genre was taking over the industry, Farmville creator Zynga has nearly doubled is market worth in the last several months and is more profitable than veteran gaming giant EA.

In March of last year, Zynga was valued at $2.61 billion dollars – not bad for a firm less than five years old. Today Bloomberg News reported its worth at $5.51 billion. EA is reported to be worth $5.16 billion.

Zynga continues to face public scrutiny (as well as lawsuits) concerning its security flaws after being found to share its users’ information with third-party vendors for advertising purposes. Still, it seems as though the scandal hasn’t had a negative impact on its financial success, at least yet. Responsible for creating six of the 10 most popular Facebook games, the company maintains inexpensive operations and its users number in the millions.

The presence of social and mobile gaming only seems to growing, and while it may have been outsold by Zynga, EA is taking notes. Less than a week ago, the company acquired Angry Birds publisher Chillingo, a popular mobile gaming publisher, for $20 million. And last year, EA purchased prominent social gaming company Playfish for $275 million. Despite these attempts, however, the gaming giant has seen shares drop over 20 percent in the last year and was forced to make substantial staffing cuts. EA is clearly struggling to adjust to a console-less gaming environment, but seems to know that investing in social and mobile gaming is the safe bet to turn profits around.

Update: Originally we stated Chillingo was the developer of Angry Birds. A reader pointed out that they are a publisher. This has been corrected.