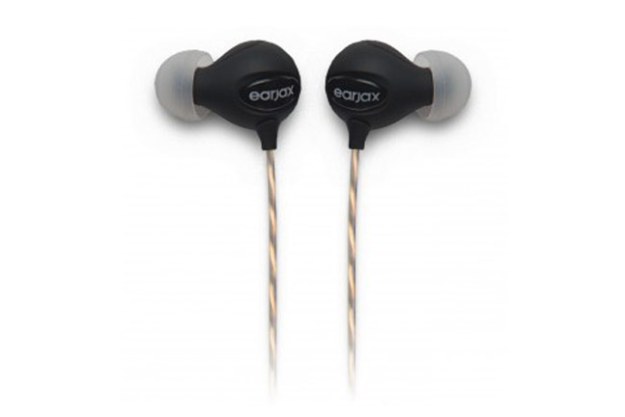 “The Lyrics have a special way of being extremely entertaining while remaining accurate and balanced-which is a pretty tough trick to pull off...”

The battle of the $100 earphones here at Digital Trends rages on. Stepping into the ring this time are the earjax Lyrics, a headphone brand now offered by the folks at BodyGuardz. If the name doesn’t sound familiar, that could be because it has only functioned as the company’s name for a handful of months. Though it has been around since 2002 producing screen protectors, skins and other personal device protectors under the name NLU, it wasn’t until March of 2011 that the company took on the name of one of its products and re-branded as BodyGuardz.

Six months ago, BodyGuardz acquired the earjax brand from its original maker, Truaudio. In fact, the entire line of earjax earphones now being sold under the BodyGuardz name was designed and manufactured by Truaudio, an organization with decades of of experience in audio and well noted for its architectural speakers. But now that BodyGuardz owns earjax, it has its own plans for the earphone line. Come CES 2012, BodyGuardz says it intends to unveil the a whole new line of earjax products which will feature some of the company’s unique design approaches. We’re told, however, that the guts involved in making sound will remain more or less unchanged.

You can buy the Lyrics at the BodyGuardz website and, as a philanthropic bonus, a portion of the proceeds will be donated to the Starkey Hearing Foundation. Otherwise, the existing earjax line is getting difficult to find at the retail level. So, why are we reviewing an earphone that is soon to be replaced and increasingly difficult to find? Because we’ve been assured that the sound of the prodcut is one of the key attributes that will stay the same as the earjax line goes forward and, based on what we’re hearing now, we think this fresh face in the earphone marketplace might just have a bright future.

When we get to the $100 earphone level, we expected more to be in the box than just a pair of earphones and a handful of replacement ear-tips. That was our only real gripe over the NOCS NS400, which sounded fantastic but didn’t include something as basic as a carrying pouch.

Thankfully, the Lyrics do come with some useful accessories. We found a wide assortment of ear-tips including one set of foam tips, two set of graded tips and 6 pair of silicone tips-three pair black and three pair white.

We also found a carrying case, a cable wrap, a carabineer, some decals and a 36-inch extension cable.

The first thing that grabbed our attention about the Lyrics’ design is its driver housing. It looks a little funny-something between an egg and a cartoon speech balloon comes to mind-but it feels fantastic, both to the fingers and to the ear. The rounded surface is covered with a soft, rubbery substance that provides a warm, secure and comfortable fit. Because the housing is on the larger side, we were concerned it might bite or pinch the outer edge of the ear canal, but we were pleasantly surprised to find that it fit just right and managed to fill up the better portion of the outer ear without any discomfort.

The two cords leading from each earphone are shielded behind clear plastic jackets which join inside a plastic hub adorned with the earjax logo. There’s no mic built into these earphones; a design point BodyGuardz mentioned would be addressed with the new 2012 line. The rest of the cord is cloth covered, which we just so happen to like not just because it looks and feels good, but because it minimizes drag on clothing and doesn’t conduct sound up to the earphones.

The stock cable is about 4 feet long and terminated with a silver ⅛-inch mini plug. If that isn’t long enough, tack on the provided 3-foot, cloth covered extension cable with gold-plated mini-jack. Why silver on one and gold on the other? We’re just not sure. Maybe that will be addressed in next year’s line, too.

And now for the technical stuff: The earjax are outfitted with 13mm drivers (pretty large for an earphone of this size) and are rated with a frequency response of 15Hz-20kHz, an impedance of 24 ohms and a sensitivity of 105 db@1mW.

To test the earjax Lyrics, we used an iPhone, a Dell N5110 laptop, a HeadRoom Micro DAC, HeadRoom Micro amp and a NuForce uDAC-2. We listened exclusively to digital music files ranging in quality from 128k mp3 to WAV and 96kHz/24bit FLAC.

That our evaluation of the earjax Lyrics came immediately after our review of the NOCS NS400 could be considered a difficult circumstance for the Lyrics. The NS400 blew us away with their remarkable clarity, separation and detail and thus became our reference standard for earphones in the $75-$150 price segment. However, the situation actually worked out well for the Lyrics because, as it turns out, they are one fine earphone in their own right.

Having been broken in for a good 30 hours, our listening session quickly became a head-to-head challenge between the Lyrics and the NS400. We went back and forth for hours comparing subtle details because the performance variations were extremely tight. When all was said and done, we could crown neither earphone as “top dog”, per se. They are both excellent sounding, comfortable earphones that are a lot of fun to listen to. They just have different ways of going about the job of faithfully reproducing music.

What the NS400 lack in the deepest bass region, the Lyrics have in spades. The Lyrics’ robust response in the lowest bass octave has a way of making bass resonate inside the head-an attribute we think a lot of listeners will enjoy.

The Lyrics’ high frequency response is a little more laid back than the NS400 right up until the highest frequencies when the curve seems to bounce back up a bit. These non-fatiguing highs allowed for extended listening sessions without any desensitization and kept brass instruments sounding sassy while naturally capturing the etching sounds of a bow across stringed instruments.

Midrange is satisfyingly open and un-muddled considering the meaty bass response the Lyrics are capable of. Male vocals never sounded chesty or nasal – just honest reproduction of the original with just a bit of boost at the bottom. Female vocals sound lively without the fake shimmer that we often hear with earphones that try too hard to sound “crisp”.

While the Lyrics don’t exhibit quite the same level of clarity or generous amount of detail as our reference earphones, they do offer some entertaining punch and rumble which, thankfully, doesn’t stomp on anything else. The Lyrics have a special way of being extremely entertaining while remaining accurate and balanced-which is a pretty tough trick to pull off, apparently. While one can always pick up a pair of these fine earphones from BodyGuardz now and support a great cause in doing so, we think the story here is about the potential for the earjax brand to go far, so long as BodyGuardz doesn’t do anything to futz with the sound. If it ain’t broke, don’t fix it.