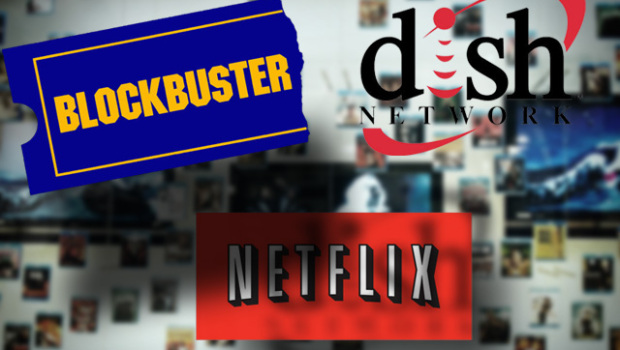 Dish bought Blockbuster five months ago, and now we know why they made a $320 million investment in the bankrupt company. As we reported yesterday Dish Network hosted a press event today, where they unveiled a new streaming video service. The service announced today is called Blockbuster Movie Pass, and for the time being is only available for Dish Network subscribers when it launches on October 1.

For an additional $10 a month Dish subscribers will get streaming content through Blockbuster as well as a one disc a month mail in rental program through Blockbuster. The service will be used through existing Dish customer’s web connected set-top boxes, and through the company’s website. This will provide customers TV service, on-demand service, streaming content and physical movie as well as game discs all through one company on one monthly bill.

The timing was perfect for Dish, who claimed that they were planning this event for over a month, with the recent Netflix and Qwikster news. Even though Blockbuster Movie Pass includes a streaming and physical disc it won’t replace Netflix for many people. The fact that users have to be Dish Network subscribers will greatly limit who can use the service. Another factor that was not fully addressed is where people can access all this content. Unlike Netflix the streaming content will not be available on nearly as many devices, including mobile devices.

Blockbuster did announce plans to offer the service independent of a Dish subscription, but there was no timeline on when that service will be available. Once the service is available on devices other that Dish Network receivers and to people other than Dish subscribers then it might be a Netflix replacement.

The service sounds like a smoking deal for Dish subscribers, but it does not sound like it was the solution many angry Netflix users were hoping for.