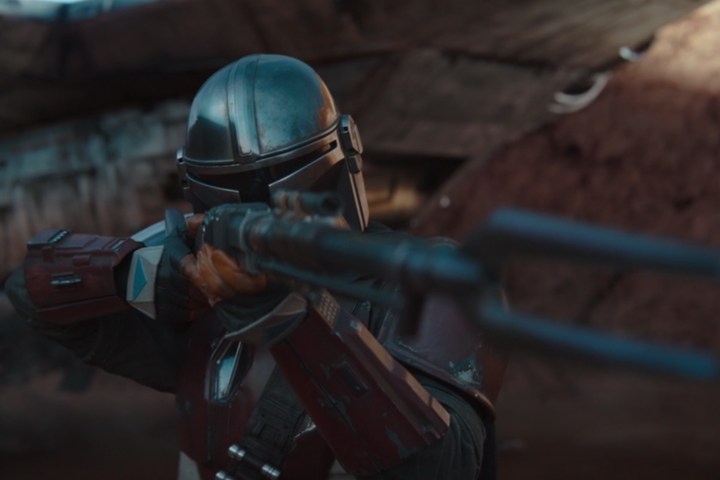 The amazing brightness and shadows that come from High Dynamic Range (HDR) have to be seen to be believed. But seeing HDR is something you can’t always do — because content providers may be short-changing you.

Experts at HDTVTest accuse Disney+ of delivering HDR content that doesn’t meet the expectations of brightness and contrast normally associated with HDR material. The basis for the claim? Vincent Teoh and his colleague Adam Fairclough screened The Mandalorian and assessed the footage for its peak nits. That’s geek-speak for maximum brightness, one of the biggest telltale indicators that what you’re seeing on-screen is genuine material. For standard dynamic range material, peak brightness often falls anywhere from 100 to 500 nits. content should exceed that by a lot, ending up somewhere in the 800-1,000 nits range or higher, assuming your TV is capable of such a level.

Teoh and Fairclough found that during scenes of The Mandalorian in which they expected to see moments of high brightness, like a flash of blaster fire, or sunlight glinting off The Mandalorian‘s helmet, brightness didn’t exceed 200 nits.

We reached out to Teoh to get his perspective on what might be going on here and to find out what gear he and Fairclough used for their tests. They used an LG C9 OLED 4K TV with a peak brightness of 700 nits. The show was then streamed from both the internal TV app, and an Xbox One X in both HDR10 and Dolby Vision to make sure the results were consistent.

Teoh’s initial results were taken from the first two episodes of The Mandalorian. After we spoke to Teoh, he analyzed the third episode and found several peak highlights that managed to hit 400 nits. Still dark by HDR standards, but certainly brighter.

For the moment, Teoh’s standing by the evidence shown in the HDTVTest video.  “Many comments within the YouTube section on our video have echoed our observations,” he said.

It’s worth noting that despite what Teoh has observed, Digital Trends recently reviewed Disney+ and did not find its HDR video quality lacking, though, admittedly, we did not perform the in-depth, meter-based tests that Teoh undertook.

We know that Disney+ has had issues getting Dolby Atmos audio to play consistently on devices that support the surround sound format, so it may be that something similar is happening with its HDR content.

Digital Trends reached out to Disney+ for its take on the analysis. Contrary to Teoh’s findings, we were told that The Mandalorian “is available in true HDR” with brightness values that exceed 200 nits.

Company reps suggested that a lack of brightness could be an artistic choice on the part of the creative team. Could Jon Favreau and his team of filmmakers have kept The Mandalorian dark on purpose? We’ve asked Disney+ to reach out to the production team on our behalf to see if the choice was intentional.

Lending some credibility to this theory, since we first published this article, Teoh has examined other HDR titles on Disney+ and found that some of them do exhibit much brighter peak nits. He called out Captain Marvel and The Force Awakens for hitting 700 nits in his tests. But these two films notwithstanding, Teoh’s concerns aren’t limited to The Mandalorian.

HDTVTest looked at HDR footage from Disney+’s stream of Star Wars: The Empire Strikes Back to see if it fared any better than The Mandalorian. The result: It too struggled to achieve levels of peak brightness that exceed 200 nits, even during the classic lightsaber duel between Luke and Vader in the bowels of Cloud City. Should George Lucas be thrown under the bus too?

We reached out to Dolby Labs to get its take on this issue. After all, The Mandalorian is presented in Dolby Vision on devices and TVs that are Dolby Vision-compatible, so we figured the company might have something to say about the quality of the stream. Unfortunately, a Dolby Labs spokesperson declined to comment and suggested that we reach out to Disney.

All of this leaves us with a lot of questions and not a lot of answers. We’ll continue to investigate and let you know what we find out.

Updated November 27, 5:45 PM PT: Clarified some of the information provided by Disney+

Topics
Vimeo adds Dolby Vision support, but only for Apple devices
Disney reveals how it kept The Mandalorian season 2’s biggest cameo a surprise
Dolby Vision vs. HDR10 vs. HDR10+: Which HDR format is the best?
What is Dolby Vision? The dynamic HDR format fully explained
Is there a Sling TV free trial? Here’s what you need to know
What’s new on Apple TV+ this month (February 2023)
YouTube TV loses MLB Network and MLB.TV add-on
YouTube TV: plans, pricing, channels, how to cancel, and more
Apple’s MLS Season Pass is about more than just streaming games
Best 75-inch TV deals: Get a large screen for the Super Bowl
Flash sale drops the price of this 55-inch QLED 4K TV to just $370
Netflix expands its spatial audio, number of devices that can download content
Sony’s 2023 AV receivers are Sonos-ready and work with wireless speakers