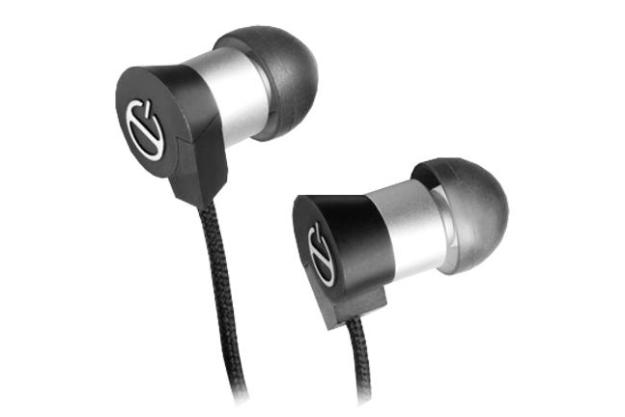 “There’s nothing phoned in about the e3m and we can really appreciate that. We feel the e3m’s performance fit their price point to a T.”

We’ve been a little critical of Johnny-come-lately companies jumping on the bandwagon to tap the cash cow that is the rapidly inflating headphone market; ok…maybe a lot critical. It’s not that we don’t get why –everyone wants to make some money– we just think that if you’re going to suddenly start making headphones, you shouldn’t just phone it in by taking something off some Chinese manufacturer’s shelf and slapping your logo on it.

Paradigm, like so many others, has decided it ‘s going to get into the headphone game too, but you won’t catch us giving Paradigm a hard time for it. The company has a 25 year history of designing speakers and making them in their own factory in Ontario, Canada, so it stands to reason that it could probably design a decent headphone and exercise some quality control over them, even if they are actually made 7,749 miles away in China.

Paradigm Shift, a new branch off the Paradigm family tree, was announced in January 2011 and launched in late October the same year. The new line of gear appears to be aimed at young, urban listeners hungry for good sound and is currently comprised of three earphone models and a pair of powered speakers (which we recently reviewed and absolutely loved) with gaming headphones and on-ear models on the way.

When we caught up with the Paradigm folks at CES 2012 and they offered up their e3m ear buds for review, we gladly grabbed them. Let’s see how Paradigm does earphones, shall we?

There isn’t a whole lot to the e3m’s packaging, which is in line with most headphones in the $100-$150 price range. The compact box contains a cheap plastic tray which cradles the earphones, a small case and a little product booklet. Inside the case we found two additional pairs of ear tips.

We like the case; it’s super compact, made of rugged materials and features a robust zipper. In other words: totally practical. You can pocket this sucker and never have to worry about crushing your ‘buds.

The housing for the drivers is made of machined aluminum, but they don’t feel like metal, exactly. It doesn’t have that metallic feel, but it does make a metallic clink when you tap the earphones together. At any rate, the earphones are amazingly light, which could translate into a more comfortable earphone.

The ear tips are made of an extremely pliable and soft silicone. One unique feature, however, is the use of a rubbery grommet in the center of the ear tip, each colored red or white. We presume the color is meant to represent left and right channels (traditionally red=right, white=left), which is interesting, but problematic as there is no other channel indicator printed on the headphones. Should the ear tips come off or be taken off without regard for which side is which, you’d have to recall that the microphone sits on the cord for the right earphone, have some music with obvious stereo cues or be willing to send an email off to customer support.

According to Paradigm, the e3m contain 8mm drivers armed with “super-neodymium” magnets.  The rated frequency response is 8 Hz-19kHz; sensitivity is rated at 105db. The e3m feature a tangle resistant cord that stretches just under 4 feet in length. Paradigm doesn’t tout material that sheathes the cord, but it feels a lot like a shoelace you’d find on a dress shoe…maybe nylon or polyester.

The e3m include a microphone with single-button control that should be compatible with most mobile devices using a 3.5mm mini-plug connection.

Rather than regale you with a long list of our test bench equipment, we’ve created a page that details how we test headphones and includes a list of our testing gear. Do check it out if interested!

As we mention in our “how we test headphones” article, we routinely break in headphones with 40 continuous hours of music playback but, prior to doing that, we have a quick listen to them straight out of the box to ensure there are no defects and get a feel for what the earphones sound like right out of the box. We only bother to mention this because the e3m’s sound right out of the box gave us serious pause. Let us explain.

Prior to getting to work on the e3m, we had evaluated Monster’s Gratitude earphones which we described as having a bit of emphasis on the lower treble band. The effect gives them a very open, “clear” sound with a lot of sharply attacked transients (percussive sounds), defined edges and a bit of a ring to decay. After weeks of listening to the Gratitude, our ears had become adjusted to them –and we were aware of this– but the difference between the Gratitude’s sound and what we first heard from the e3m could not have been more vast. By comparison, the e3m sounded as if someone had stuffed huge wads of cotton down our ear canal. It just didn’t make sense, especially considering Paradigm says it voiced the e3m after its high-end Signature Series loudspeakers. We’ve heard those speakers many times but what we heard from the e3m was nothing like what we’d experienced with the Signature Series. At the time we jotted down the following note: “sure hope these open up after some break-in time”. Thankfully they did, but not by a huge margin.

The e3m seem intentionally voiced to sound warm and laid back…dark even. We still think they don’t sound much like Paradigm’s Signature Series, but don’t get us wrong here; we’re not complaining. The truth is that we found the e3m’s flavor of sound to be a refreshing departure from the brightness trend that many of the earphones we’ve recently tested have followed.

We’re going to go so far as to say that the e3m’s sound signature is a bit of an enigma. It just doesn’t seem possible for an earphone to sound so mellow yet simultaneously expose plenty of inner detail, yield powerful articulation and avoid clouding vocalist’s diction. The only thing that didn’t surprise us was the e3m’s bass response and that is because Paradigm prints “intense bass” on its product packaging, front and center on a gold seal.

Bass response is both punchy and low –like…abyssal trench-low– but never obnoxious, unless of course the music track we were listening to was recorded to be that way. For instance, when listening to Outkast’s “Roses” from the Speakerboxxx record we were pounded in the brain by the punch of the kick drum while the electronic bass line dipped so low that it just about shook our vision. This from a pair of earphones? You bet. The e3m even managed to hold together well at high volumes, refusing to distort unless pushed to the limit with poor amplification (i.e. iPhone).

Yet, when we listened to something acoustic and a bit more refined like Jamie Cullum’s “My Yard” from the Catching Tales album, the drummer’s jazz kit still sounded like an actual jazz kit. The kick came through with both punch and tone that dissipated with natural decay. The electric bass was treated with respect and never over-accentuated.

The e3m’s bass emphasis did have an effect on the overall balance of the headphones, but to a minor degree. During Russell Gunn’s treatment of “Footprints” on Russell Gunn Plays Miles there are several passages where the trumpeter dips into his low register. When those moments came, the sound of Gunn’s horn was unnaturally fattened up. We were able to get past it, though, because the rest of his playing came through with a natural, sometimes airy sound.

Mid-range response was really tough to nail down. When we listened to certain piano and vocal performances, we couldn’t help but feel like the music we were hearing was a bit overly tamed. It was like listening to a square that had its edges sanded down. It’s still a square, but not so clearly defined. Whereas the Monster Gratitude produce very sharply defined, super clean edges, the e3m have a more tapered appeal.

Yet, we loved the treble response. We could listen to the e3m all day long and never get worn out because these headphones never so much as hint at shrill or harsh high frequency response. Still, as we mentioned before, we got plenty of detail. Brass still sounded brassy, reeds had that woody quality we listen for and cymbals had just enough sparkle.

As for fit and comfort, we grew to appreciate the e3m quite a bit. The seal these earphones provide is second to none and, as a result, passive noise isolation is about as good as you can hope for from an earphone without active noise cancelling technology. As for comfort, these earphones took some getting used to. The fit was fine, but that color-coded rubber piece in the center of the ear tip started to wear down on us over time. We must have built up a tolerance over time, though, because eventually the sensation disappeared.

The built-in microphone worked really well. The mic’s sensitivity was excellent and eliminates the need to annoyingly hold the mic up to your mouth. Voice clarity on the other end of the line was also very good.

One small complaint to note: The e3m’s cord transmits a considerable amount of noise as it brushes up against clothes or bumps against objects. It isn’t as big an issue when blasting music but when taking phone calls it gets old pretty fast. Thankfully none of that noise translates across to the caller on the other end of the phone.

The Paradigm Shift e3m earphones aren’t for everyone. The laid back sound they produce (especially when connected to an iPhone) may be perceived as muffled or just too dark. We really enjoyed the unique sound, though, and we think that those listeners who tire easily of overly bright headphones will find solace in the e3m’s sound.

To be sure, Paradigm put considerable thought and engineering experience behind the voicing of these headphones. There’s nothing phoned in about the e3m and we can really appreciate that. We feel the e3m’s performance fit their price point to a T. While there are plenty of offerings at the $100.00 level that perform equally well, few, if any, offer the distinctly warm sound of these uniquely appealing headphones.