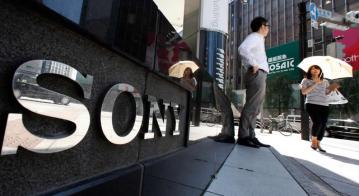 With Google and Apple looking at ways to change how TV shows are delivered into the home, it may come as little surprise that other tech giants are also beginning to examine the same area.

Cable TV operators will be disheartened to hear that Sony is the latest company to take an interest. The Wall Street Journal reported on Wednesday that the Japanese electronics firm is talking to “several big media companies” in the hope of persuading them to offer their TV channels over the Internet. The WSJ quoted “people familiar with the situation.”

Apparently Sony has the idea to send programming content via the Internet to its own televisions, gaming consoles and Blu-ray players, by-passing the need for a cable provider.

Giving some indication of audience reach, the WSJ reported that, up to now, Sony has sold somewhere in the region of 18 million PlayStation 3 consoles in the US. In contrast, Comcast, the largest US cable operator, has just over 22.5 million video subscribers.

Among the companies Sony is thought to have so far approached are Comcast’s NBCUniversal and News Corp. If the Tokyo-based company was able to reach agreements with some of the big media companies, and Google and Apple made headway with their similar projects, it would leave the cable companies with little choice but to adapt or possibly perish. As the WSJ’s Sam Schechner says, it might result in some of them offering Internet-based packages. At the least it should, in the face of increased competition, see a drop in rates for cable subscribers.

For Sony, if it succeeded in striking deals, it would breathe some much needed life into its struggling hardware business, driving sales in its loss-making TV set division, as well as of its gaming consoles and other equipment.

Indeed, its TV-set business hasn’t made a dime in eight years, with the company announcing in August that it would be undertaking a review of its entire TV division. The results of part of that review could be linked with today’s news that it is looking into the idea of distributing TV shows over the Internet, and to recent reports suggesting that the company is looking to build a “different kind of TV set,” likely for use with its rumored Internet-based TV project.