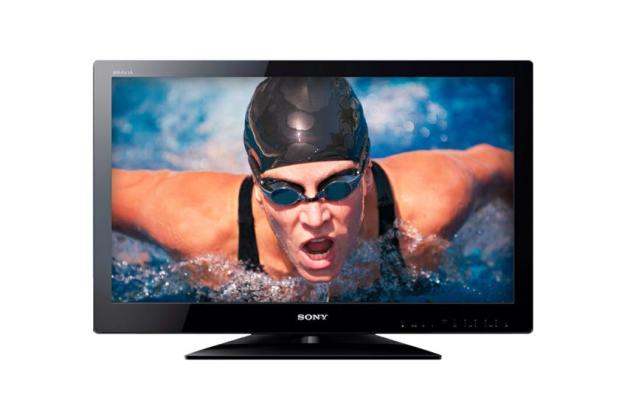 “While the 32BX330 won’t be wowing any videophiles, it is a solid performer with Sony’s signature picture quality.”

Let’s be honest: You may have spent weeks or even months researching the perfect TV for your living room, den or home theater, but when it comes to outfitting your small bedroom, kitchen, dorm or play-room with a TV, you are far more likely to make an impulse purchase. You might be shopping for shoes or a lawn mower, but chances are that if you happen to run across a 32-inch TV selling at a price that seems too good to be true, you’ll scoop it right up without a second thought.

With that said, we also know that people do have some standards. The woo of the “flat-screen TV” is over. They’re all flat-screens now. So, eventually, we’re all going to come back to caring about picture quality, no matter the size. That’s where the Sony BX330 is meant to come in. At around $330, it isn’t the least expensive 32-inch TV you can find by a long shot. But, it’s got the Sony name on it and, historically speaking, that means a higher quality TV. The question is: Does Sony come through with enough of its legendary quality to make the BX330 worth the extra scratch? In our Sony BX330 review, we aim to answer that very question. Read on to find out how this budget-level TV fared in our evaluations.

The first thing we noticed about the Sony BX330 as we pulled it from its box was its feather-light weight. Lighter can be better for more flexible mounting options, but (and you can call us old-school if you like) we still believe that heft is generally a reliable indicator of superior build quality in the world of electronics, by and large. Based on its weight, we figured this 12.8-pound TV will either change our perspective, or further cement this assumption in our minds.

Along with the BX330 comes a simple, straightforward stand, two AA batteries, a remote control, operating instructions and a quick setup guide.

At this price point, we don’t expect much in the way of bells and whistles and the Sony BX330 doesn’t offer any surprises. This is your basic, bread-and-butter 720p HDTV with two HDMI inputs, a PC input, USB input, component video input, analog audio input and analog and digital (optical) audio output.

The TV’s design is pretty much on par with most others in its class. The bezel and stand are made of glossy black plastic. The bezel measures 1.25 inches along the top and sides and a thicker 2.25-inches along the bottom, where a set of touch capacitive buttons allows full control of the TV.

The back of the TV has us a bit puzzled. The BX330 measures just over 1.75-inches thick until you come to the bottom 7-inches of the cabinet where a plastic protrusion boosts the set’s thickness to a bulky 3.25-inches. We can’t figure a reason for this protrusion. It doesn’t appear to hide any circuitry –just the set’s connection bay which, even if necessary, hardly explains why the bolted-on plastic piece is so deep and runs across the entire width of the TV. It’s hard to see this set looking low-profile when mounted on the wall. Then again, competing sets from Toshiba, Vizio, and Samsung all have a total thickness similar to that of the Sony and feature similar cabinet protrusions. The one exception to the 3-plus-inch rule is LG, whose 32-inch model comes in at 2.9-inches. The lesson here is that basic LCD TV’s aren’t slim the way LED backlit TVs are, so expect a thicker cabinet from an entry-level TV.

The remote is pleasantly simple. It won’t learn remote codes or control any other devices (not even Sony Blu-ray players) but it does have large, easy-to-access buttons with all of the basic functions covered and a standard cursor pad for navigating menu screens.

Attaching the Sony BX330’s stand is a four-screw proposition that took us about 60 seconds to accomplish. Once attached, we found that the super-light plastic stand served its function well by keeping the set sturdy. Though the stand might feel cheap, it’s surprisingly resilient and not likely to break without subjecting it to serious abuse.

Straight out of the box, the BX330 needs some serious adjustments to nearly all available settings in order to wrangle its picture out of what we have to say is one of the brightest, loudest picture presets we’ve ever seen. The “standard” preset is unnervingly bright in its own right and could easily compete in a bright, big-box store display environment. But the “vivid” setting is really something to behold; dare we say eye-blistering. We suggest staying far, far away from the vivid setting as it will no doubt considerably shorten the life of the TV’s compact fluorescent backlight. Speaking of the backlight, we were surprised to see this TV didn’t offer separate backlight control in addition to brightness and contrast settings.

After some time spent with a calibration disc, we were able to get most of the BX330’s settings optimized; however, we never did get the color and hue settings dialed in just right. No matter what we did, the color yellow looked pale and mustardy to the naked eye and, when using a blue filter with certain color-test patterns, we noticed we couldn’t get the set to completely conform to the test’s parameters. While this might seem like a particularly bad thing, it is actually the norm with entry level TV’s, so we weren’t totally surprised. If you’d like to see the settings we arrived at with this set, we have them published at the end of this review.

As is the case with most entry level TVs, it is wise to temper your performance expectations a bit. A TV at this tier is not going to produce the deepest black levels, some backlight bleeding is to be expected and some motion judder is probably going to show itself to some degree. Even so, one can expect to see some performance variations across various brands of the same level. To be sure, the 32BX330 holds its own against the competition.

While this TV doesn’t have the premium feel of Sony’s more expensive TV models, it certainly has Sony’s uniquely appealing picture quality. There are a couple of issues worth mentioning, though: The contrast on this set seems a little forced to us. Bright whites are especially bright and have a way of washing out details. Also, colors were a bit intense for our liking at times. Shades of red tended toward the hot side and came across with a slight orange tinge. Shades of blue and green, however, were especially luminous and appealing. All told, the set’s picture is enjoyable on the whole.

We should note that, during dark screens, you can clearly see the backlight turning what ought to be black a dark shade of gray but, again, this is typical of less expensive LCD sets and is to be expected. This isn’t something the average viewer is likely to notice 97 percent of the time because of other things happening on the screen. When we watched a NASA documentary, for instance, we enjoyed the stark contrast of the set and didn’t pay the black levels a ton of attention until a few starry night sky scenes made the lack of inky blacks more obvious. Again, this is to be expected of a TV of this sort.

With a cabinet of this size, though, we expect more out of the TV’s speakers. Granted, LED TV’s and their almost non-existent bezels have somehow excused themselves from the need to offer decent sound (yay for the makers of sound bars!) However, we believe a TV with a cabinet this large has enough room for speakers and an amp that can offer decent sound. Instead, we found a considerable lack of low end — enough to make the TV sound pretty thin. We did find an equalizer in the audio portion of the setup menu which gave us hope that we could coax some better sound out of the TV, but the improvements were marginal at best.

While the 32BX330 won’t be wowing any videophiles, it is a solid performer with Sony’s signature picture quality. This TV stands shoulder to shoulder with competing sets from Toshiba, LG, Samsung and Vizio and well above sets from the likes of Sceptre, Proscan, RCA and Element.

The only trouble is that along with the Sony name comes the Sony price, which averages about $50 more than other big name brands and sometimes as much as $120 more than smaller name brands like Sceptre and Element. Also, considering Vizio offers a 32-incher with Internet connectivity and apps included at this price point, it becomes easy to expect more from a 32-inch TV that reaches above the $300 price point. It all comes down to individual priorities, but if you love that signature Sony picture, the 32BX330 will deliver it