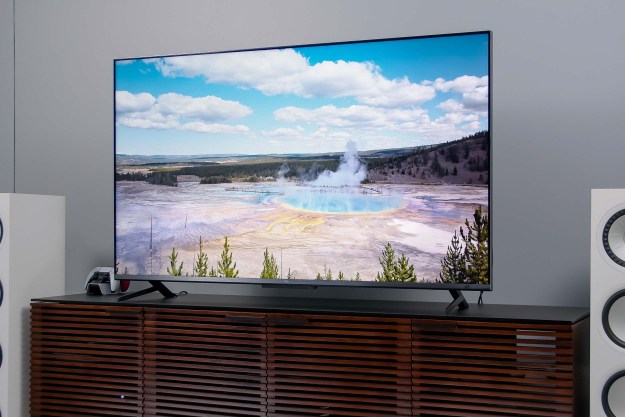 When TCL announced new TV models that would run on the Google TV platform, some were concerned the company might be moving away from Roku. According to TCL, that’s not the case; we can expect to see new Roku-powered TCL TVs in the near future. Aimed at those who prefer Android TV over Roku, TCL’s new 5-Series and 6-Series Google TVs came with more than just a new operating system — new features in the R546 and R646, such as 4K 120Hz gaming capability and a “refined” backlight system promised even better performance than their Roku-based counterparts. And so the new TVs were released to much anticipation among reviewers and would-be buyers alike.

Then, shortly after release, Best Buy yanked the new Google TVs from its physical and virtual shelves. Citing customer complaints, the retail giant stopped selling the TVs long enough for TCL to come up with a fix for what was described as operational bugs and glitches. To TCL’s credit, the software update came swiftly, and the TVs once again were available to purchase.

But did TCL fix all the glitches? Is the TCL 6-Series Google TV the no-brainer, slam-dunk high-performance value TV many of us had hoped for? Let’s find out.

Both TCL’s 5- and 6-Series Google TVs look very much like the Roku versions, save for one dead giveaway: A small bump-out underneath the bottom center of the TV covered in gray fabric, much like a Google Nest Mini speaker. This is the first hint that the S546 and R646 models come with the option to enable an always-listening Google Assistant. Don’t worry if that idea makes you nervous, though; the TV’s built-in microphone can be disabled at the flip of a switch on the back of the TV, just below the input bay.

The 65-inch R646 I received for review allows for its feet to be installed either at the far ends of the TV or toward the center — the latter allowing for placement on smaller media stands. The feet (or legs, if you prefer) also offer improved flexibility for cable management, allowing thicker HDMI cables to be routed away from the back of the TV through the top of the feet thanks to a flexible flap that replaces the hard plastic cap seen on previous TCL TV models.

Included in the box with the TV, feet, screws, batteries, and requisite product literature is a Google TV remote that looks similar in some ways to a Chromecast with Google TV remote, though with the addition of hotkeys for select streaming services. (Which services are supported will vary by region). The remote also features a microphone and a Google Assitant button for on-demand use of voice search and voice control.

While we reviewed the 65-inch 65R646 model, our review also applies to the other screen sizes available in the series.

It took about 14 minutes from the time I powered up the R646 until the TV’s setup wizard was complete. While somewhat time-consuming, this relatively simple process is made easier using the Google Home app on a smartphone or tablet. You don’t have to do it this way, but it does eliminate several minutes of button-mashing on the remote.

It’s important to point out here that the Google TV platform does allow users to opt-out of using Google TV and instead set up the R646 more or less as a “dumb TV.” This is an option I’d like to see other smart TV platforms pick up.

Aside from all the functionality enabled by the Google TV platform, the TCL R646 offers support for HDR 10, HLG, Dolby Vision, and Dolby Atmos. Unlike the Roku version of the 6-Series, which could only support 120Hz at 1440p resolution, the R646 Google TV offers two HDMI ports capable of supporting 4K 120Hz (useful for connecting next-gen game consoles like the Xbox Series X and PlayStation 5). One of those two 4K 120Hz ports is an eARC port, capable of delivering Dolby Atmos audio to a connected soundbar or A/V receiver.

All told, the R646 is a well-featured TV, with plenty of bells and whistles to enjoy. As one might expect from a Google TV, it supports Chromecast, but it also plays nicely with Apple devices thanks to AirPlay 2 and HomeKit compatibility.

There’s no need to mince words: The TCL R646 offers tremendously good picture quality, irrespective of its price. But once you do take its asking price into consideration, its value proposition is undeniable. Simply put, the TCL R646 has the best price-to-picture quality ratio I’ve seen to date.

If you’re wondering whether the picture quality is better than the R635 Roku version, the answer is: Yes. TCL made what it described to me as “refinements” to the R646, which I suspect probably involves the TV’s mini-LED backlight system, along with the local-dimming algorithm that controls that backlight system. If I just lost you in a sea of tech terms, another way of putting it is that the R646’s contrast, black levels, and peak brightness have all been slightly improved, leading to better overall picture quality.

Whether I was watching Dolby Vision content on Netflix, HDR videos on YouTube, sports on cable, or playing video games, the TCL R646 looked fantastic. It probably helps that the review sample I received from TCL offered one of the cleanest screens I’ve ever seen, with virtually zero dirty screen effect. Outside of a little bit of vignetting in the corners, the R646 has exceptionally even and consistent brightness and color saturation across the entire screen — something I rarely see in LCD-based TVs these days.

My measurement tests provided objective proof of what my eyes were telling me, as well. Peak brightness in SDR measured around 850 nits, while peak brightness in HDR came in at between 1,150 and 1,200 nits. Those are impressive numbers already, but when I drilled down and took measurements of bright specular highlights in some of the HDR content I watched, I clocked the TV at close to 1,500 nits.

To put those measurements in perspective, some top-of-the-line TVs from Samsung, LG, and Sony struggle to achieve 2,000 nits of brightness, and they cost hundreds, sometimes thousands more.

On the opposite end of the contrast spectrum is black-level performance, and again, I found myself extremely impressed by the R646’s backlight control, which was especially effective at mitigating halos around bright objects on black backgrounds. This was most apparent when watching dark movies with captions or subtitles turned on, where the bright white block lettering against black letterbox bars often results in a very grayed-out picture. On the R646, the letterbox bars remained deep black, even though the white text was very bright. This exceptional backlight control was also evident when watching movies set in space, where stars and bright starships against the black void of space can often cause large patches of milky gray. I saw no such effect on this TV — space stayed black, just as it should.

Beyond impressive brightness and black level capabilities, I was surprised at how accurate the R646’s color was with no adjustments to the TV’s “Movie” picture preset option. Sure, a professional calibrator could eke out even better performance from the TV, but most folks wouldn’t appreciate the difference. The margin of error with the R646’s out-of-box performance was so slim already, further adjustments just don’t seem necessary. That’s impressive, considering the TV’s very approachable price.

Unfortunately, it was my experience that the TV’s user experience left much to be desired. I had streaming apps crash after just 10 or 15 minutes of use. Adjusting the volume on my connected soundbar or A/V receiver was a sluggish affair through the TV’s eARC port. At times, the TV’s picture mode for over-the-air (OTA) channels got stuck on Vivid — arguably the ugliest picture mode you could pick for OTA TV, and required power cycling or a full-on reset to fix. Others at Digital Trends who have purchased this TV have also reported various bugs and glitches, though I have not been able to thoroughly vet their claims. I have also seen comments from viewers on our YouTube channel indicating they have experienced similar frustrations.

On the other hand, I have also seen reports from some owners who claim they have had no such troubles — again, claims I have not been able to personally verify. Still, I think I have gathered enough information to determine that the user experience on the R646 is at best inconsistent and at worst downright frustrating.

Of course, it’s possible to side-step most of these problems using an external smart TV system such as a Chromecast with Google TV or even something much more powerful like a game console. But for anyone who wants to buy a smart TV because it can function entirely on its own without connecting any external devices, I have to wonder if the glitchy experience might get in the way of enjoying the R646’s impeccable picture quality. After all, what good is an outstanding picture if you have to endure glitches to get to it?

The TCL R646 Google TV offers tremendous picture quality at a very attractive price, but its value proposition is hurt somewhat by an inconsistent user experience.

Given our track record with TCL TVs thus far, the ability for Google TV’s operating system to advance over time through software updates, and the TV’s advanced mini-LED backlight system, the TCL R646 should last well into the future.

TCL offers a one-year parts and labor warranty on its TVs when purchased through authorized retailers and used for non-commercial purposes. More information on TCL’s warranty can be found here.

It depends. If you are willing to chance dealing with a glitchy TV or are planning to work around the TV’s operating system, then yes, absolutely, get the TCL R646 for its excellent picture quality — there’s a good chance any lingering performance issues will be ironed out in future updates (we will update this review if we learn that is the case). If, however, you will rely on the TV’s built-in Google TV operating system as your main method of watching TV, then it might be better to go with TCL’s R635 Roku TV alternative.