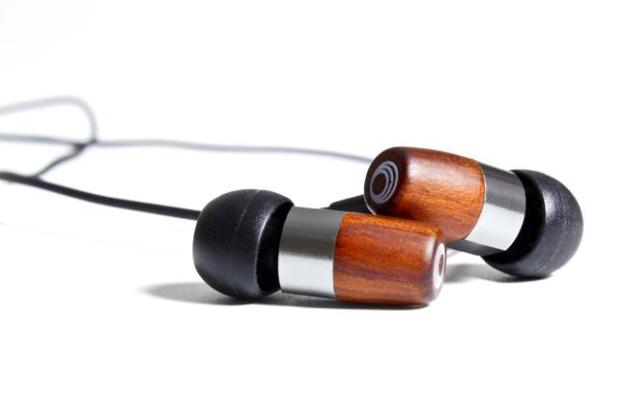 “For those seeking deep, accurate bass and open, transparent midrange, it’s hard to do much better in an earphone than the Thinksound ms01.”

My interest in New Hampshire-based Thinksound was piqued about a year and a half ago when a pair of its TS02 headphones landed here at Digital Trends HQ. Though the company had launched in December 2009 and had already produced a couple of headphone models (the Rain and Thunder, both of which we reviewed) the TS02 were my first exposure to the brand and, likewise, to a line of headphones with eco-friendly, sustainable practices at the center of their design.

I am unapologetically enthusiastic about green products in general, and even more so when they tie into to my passion for consumer electronics. With that said, I don’t care how “green” a product is unless it performs well and looks good doing it. Thankfully, the ts02 turned out to be a great-sounding and attractive set of canal-phones that earned high praise and a Digital Trends Editor’s Choice award.

It stands to reason that Thinksound’s products would sound good. The company was founded by two gentlemen with plenty of experience both in high-end consumer audio and recording engineering. So, as you might imagine, I was particularly interested to learn that the company was introducing a new “Monitor Series” product line designed to satisfy the likes of picky studio musicians and recording engineers. When the ms01 landed on my desk for review, I wasted no time digging in.

In this Thinksound ms01 headphone review, we take a look at what makes the ms01 special, and how well Thinksound did tackling the daunting task of designing an in-ear monitor that can produce studio-quality sound.

The best thing about the ms01 packaging is that there isn’t a whole lot of it. The small box the ms01 come in features very little plastic and is entirely recyclable. Inside the box we found the ms01, four sizes of silicone ear tips in a small zippered bag, two “active lifestyle” ear hooks and a cotton storage pouch with untreated cotton drawstrings. The only additional accessory we might like to see here would be an airline adapter.

The most standout feature of the ms01 (or any other Thinksound earphone, for that matter) is the use of sustainable wood in the earphone’s housing. According to Aaron Fournier, Thinksound president, CEO and engineer, the wood used comes from pear trees, a preferred material for its low defect rate and renewability. The wood stain is described as “chocolate”, but the set we received was a little lighter in color than the ts02 we reviewed. The use of wood in place of metal has its environmental benefits but Thinksound points to its audible benefits as well, claiming the wood provides for a natural and warm sound.

The wood is accented by a gunmetal-colored metallic section that houses the earphones’ 8mm drivers, which carry a rated frequency response of 18Hz to 20kHz.

The ‘phone’s cable is PVC-free, Kevlar-reinforced and terminated with a gold-plated 3.5mm plug. We measured the cord length at 55 inches, which may seem like an odd number but we found it to be the perfect length.

Adding to Thinksound’s green appeal, the company will provide a 15 percent discount coupon for a Thinksound purchase if you submit a set of earphones for recycling (25 percent for recycled Thinksound earphones). Any set of headphones, working or not, is eligible.

To test the ms01 we used an iPhone 4S, Dell laptop computer, NuForce Icon uDAC-2, HeadRoom Micro DAC and HeadRoom Micro Amp. Before auditioning, we broke the ms01 in for about 40 hours.

We liked the ms01’s bass response immediately. Unlike so many of the in-ear headphones we’ve listened to recently that advertise “powerful bass” only to deliver disproportionately loud low-end across a huge cut of the frequency range, there’s nothing forced or artificial about the ms01. These earphones managed to dig deep, yet stay fast and musical as they rendered excellent tonality. They reproduced exactly what was on the recording (for better or worse) and nothing else; so far, so good on the promise to deliver studio-accurate sound.

Midrange response was equally pleasing. Keb’ Mo’s “Henry” from the Slow Down album framed the ms01’s midrange character perfectly. Mo’s voice is naturally rich — an earphone with beefed-up lower midrange response will overly fatten things up — but the ms01’s rendering of Mo’s vocal was as balanced and natural as we could care for. Considering the bass player is placed front and center in the mix, such accurate midrange production is even more impressive. We also have to comment again on the ms01’s outstanding tonality. With the ms01, certain complex chords came off with an almost palpable resonance. There was no guessing at chord quality because each individual note could be heard both on its own and as part of the greater whole. In less musician-y terms: We were just really moved by the ms01’s tonal accuracy and you can’t fake that.

The ms01’s high-frequency response presented us with some real challenges, however. If you’ve ever heard a musician checking a microphone you may have noticed they repeated the ‘S’ sound repeatedly. This is to help make sure that the there’s some clarity around this really important consonant sound. If buried, lyrics can come across mushy and unintelligible, so it is important to get that section of the high frequencies dialed in just right. Too much of a good thing, however, can be detrimental. The last thing you want is for those highly sibilant “s”, and “ch” sounds to be pushed so hard they shoot into your eardrum like a hot needle.

While we won’t go so far as to say the ms01 shot hot needles at us, we do have to say they were way too hot in that critical part of the treble area for our liking, and we found that the effect rippled out beyond vocal sounds. Tight snare drums hits had a bit too much snap, cymbals came across unnaturally harsh and even brass instruments were a bit too spicy at times.

Interestingly, this characteristic did present its benefits in certain listening scenarios. For instance, when listening to an isolated bass guitar track from a recording still in progress, we felt the ms01’s response was extremely revealing. It was almost as if we had our ears placed just feet away from the bass amp. Yet, when other tracks were mixed in and the song was listened to as a whole, we lost some of that intimate appeal to some distractingly hot cymbal crashes and snare drum snaps.

There’s a whole lot to love about the Thinksound ms01. Not only are they a brilliantly eco-conscious product, they are a carefully-voiced earphone that shines as an example of the sort of quality that can (and should) be had in a world inundated by uninspired, off-the-shelf products backed with celebrity endorsements and flashy packaging in lieu of sound engineering experience.

For those seeking deep, accurate bass and open, transparent midrange, it’s hard to do much better in an earphone than the Thinksound ms01. In that regard, the ms01 justify their billing as a studio monitor. Our reservations with the treble response are due cause for concern, though. Granted: Sound appreciation is a deeply personal and subjective issue. Even with that considered, we still think that the ms01 are going to be too bright for many discerning listeners and, for that reason, can’t justify offering them Digital Trends’ Editor’s Choice award.

The best noise-canceling headphones for 2022
Best Bose Speaker Deals for September 2022
Best soundbar deals for September 2022
Platin Audio’s wireless home theater speaker system now handles Dolby Atmos
Amazon Fire TV tips and tricks: 8 ways to master your streaming
What’s new on Hulu in October and what’s leaving soon
What’s new on Disney+ in October 2022
The ‘streaming wars’ aren’t what you think
Google Chromecast tips and tricks to make you a master caster
How to set up a Google Chromecast to get streaming fast
How to clean your TV screen
How to share a Spotify playlist
How to watch the DC movies in order