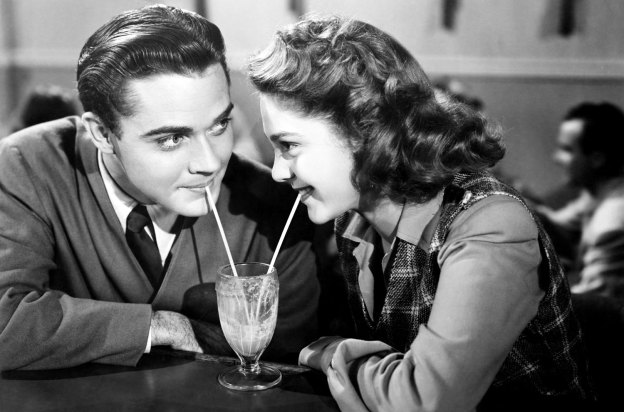 Earlier this week, CNN Money writer JP Mangalindan posted a column lamenting how the online component of modern courtship has “ruined dating … forever.” The piece was circulated around DT and drew mostly criticism. But it deserves a response, and it’s fallen to me to muster one.

I’m 37 years old and, as I’ve said, I’m no tech visionary. I detest Facebook and, were it not for a mild crush on Instagram, would not have posted to it for about six months. My Twitter feed is hardly active; I have no Pinterest in Tumblr; and I use LinkedIn only when I’m unemployed. DT, on the other hand, is staffed with a gaggle of plugged-in writers and editors in their late 20s. Many of them are single, and most of them have dated online or are actively doing it. Probably right now. While they should be working.

So why am I the one responding to Mangalindan? I just got married two months ago to a woman I met online and you won’t meet a bigger proponent to online dating than me.

I started three years ago, on the ass end of a 10-year relationship. To say I wasn’t entirely prepared to muscle all 5’5″ of myself into the fray at the local singles bar would be putting it mildly; and since my newfound singledom coincided with a move to a New York, I didn’t have a local singles bar – or a local anything, for that matter.

That particular issue changed quickly once I started dating online. Every date was a chance to explore a new neighborhood, check out new bars and restaurants, and generally acclimate to a city that can otherwise be uniquely intimidating to a newcomer. I know this isn’t a term I should be associating with romance (digital or otherwise), but dating online is just like shopping online: it’s crazy efficient. Plenty of the dates went nowhere, but none of them were “bad” dates, because I had already enjoyed a back-and-forth online that made it easy to identify who might be fun to have a drink with.

Mangalindan’s primary gripe is that dating online creates too many options, which make us overlook potentially great dates, and too much information, which ruins the natural process of discovery that those first few dates rely on to keep things interesting. Some of his anecdotal information came from a “twenty-something entrepreneur,” but your 20s are a time when mastery of technology comes swiftly while understanding of its nuances often lags behind.

The young man complained that so much information about a potential date was available on Facebook – “her favorite bands, movies, TV shows, and recent vacation photos” – that he was convinced they’d have nothing to talk about because he knew “all the answers to all the questions I would ask her during coffee.”

Maybe the problem isn’t the online context in which we all now date, but the young man’s lack of subtlety in navigating that context. If you don’t want to know everything about your coffee date … don’t look?

Mangalindan (who, according to his Facebook profile, recently turned 30) goes on to complain that the catalog-like experience of online dating sites “enable a downright Seinfeld-ian level of superficial nitpicking.” This may be true, but rather than blame online dating maybe he should just … not nitpick so much?

Ultimately, it all boils down to the larger issue of what it is we’re going to do with all this technology, now that we have it. The Internet hasn’t ruined dating anymore than email ruined writing or YouTube ruined television. If you find the former impersonal, you can still send a proper letter. If you find the latter infuriating, you don’t have to watch Jenna Marbles. And if you don’t like how you’re dating experience has gone online, then go about it differently. After all, the Internet ain’t going away, and singles bars have always kinda sucked.

Now, if you’ll excuse me, I should probably update my relationship status on Facebook …