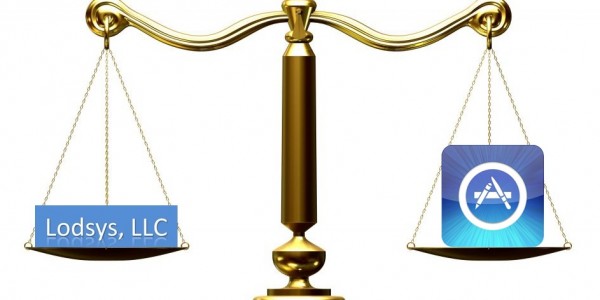 Patent holder Lodsys has been attempting to scare iOS developers lately, claiming patent infringement. Lodsys argues that iOS apps that include in-app payments for upgrades or premium versions violate its own patented technology. The company also explains why it’s targeting developers instead of Apple: “It is the owner of the hotel who is responsible for the overall service (value propostion) that guests pay for, not the owner of the land that the hotel may be leasing, not the travel agent that the reservation, not the manufacturer of tools such as hammers, not the provider of materials such as nails or steel beams, which may be used in building the hotel; nor is it the outsourced linen washing service or the architect of the building who is responsible. Lodsys’ patent portfolio is being used as part of an overall solution and we are seeking to be paid for the use of patent rights by the accountable party,” says its blog.

But Apple’s having none of it, and today responded on behalf of its developers, saying Lodsys’ claims are without merit. This comes as a major relief to the iOS app makers, who have been expressing their thanks via Twitter. And Apple couldn’t have made its message more clear: Its letter in full has been obtained by MacWorld (reprinted below), and in it Apple’s legal team bashes Lodsys’ argument, saying that the Apple company’s licensing rights to in-app purchases extend to developers.

Lodsys had demanded “0.575-percent of US revenue over for the period of the notice letter to the expiration of the patent, plus applicable past usage.” The company explained for an app that made $1 million, this would amount to $5,750 a year.

I write to you on behalf of Apple Inc. (“Apple”) regarding your recent notice letters to application developers (“App Makers”) alleging infringement of certain patents through the App Makers’ use of Apple products and services for the marketing, sale, and delivery of applications (or “Apps”). Apple is undisputedly licensed to these patents and the Apple App Makers are protected by that license. There is no basis for Lodsys’ infringement allegations against Apple’s App Makers. Apple intends to share this letter and the information set out herein with its App Makers and is fully prepared to defend Apple’s license rights.

Because I believe that your letters are based on a fundamental misapprehension regarding Apple’s license and the way Apple’s products work, I expect that the additional information set out below will be sufficient for you to withdraw your outstanding threats to the App Makers and cease and desist from any further threats to Apple’s customers and partners.

First, Apple is licensed to all four of the patents in the Lodsys portfolio. As Lodsys itself advertises on its website, “Apple is licensed for its nameplate products and services.” Seehttp://www.lodsys.com/blog.html (emphasis in original). Under its license, Apple is entitled to offer these licensed products and services to its customers and business partners, who, in turn, have the right to use them.

Second, while we are not privy to all of Lodsys’s infringement contentions because you have chosen to send letters to Apple’s App Makers rather than to Apple itself, our understanding based on the letters we have reviewed is that Lodsys’s infringement allegations against Apple’s App Makers rest on Apple products and services covered by the license. These Apple products and services are offered by Apple to the App Makers to enable them to interact with the users of Apple products—such as the iPad, iPhone, iPod touch and the Apple iOS operating system—through the use or Apple’s App Store, Apple Software Development Kits, and Apple Application Program Interfaces (“APIs”) and Apple servers and other hardware.

The illustrative infringement theory articulated by Lodsys in the letters we have reviewed under Claim 1 of U.S. Patent No. 7,222,078 is based on App Makers’ use of such licensed Apple products and services. Claim 1 claims a user interface that allows two-way local interaction with the user and elicits user feedback. Under your reading of the claim as set out in your letters, the allegedly infringing acts require the use of Apple APIs to provide two-way communication, the transmission of an Apple ID and other services to permit access for the user to the App store, and the use of Apple’s hardware, iOS, and servers.

Claim 1 also claims a memory that stores the results of the user interaction and a communication element to carry those results to a central location. Once again, Apple provides, under the infringement theories set out in your letters, the physical memory in which user feedback is stored and, just as importantly, the APIs that allow transmission of that user feedback to and from the App Store, over an Apple server, using Apple hardware and software. Indeed, in the notice letters to App Makers that we have been privy to, Lodsys itself relies on screenshots of the App Store to purportedly meet this claim element.

Through its threatened infringement claims against users of Apple’s licensed technology, Lodsys is invoking patent law to control the post-sale use of these licensed products and methods. Because Lodsys’s threats are based on the purchase or use of Apple products and services licensed under the Agreement, and because those Apple products and services, under the reading articulated in your letters, entirely or substantially embody each of Lodsys’s patents, Lodsys’s threatened claims are barred by the doctrines of patent exhaustion and first sale. As the Supreme Court has made clear, “[t]he authorized sale of an article that substantially embodies a patent exhausts the patent holder’s rights and prevents the patent holder from invoking patent law to control postsale use of the article.”Quanta Computer, Inc. v. LG Elecs., Inc., 553 U.S. 617 (2008).

Therefore, Apple requests that Lodsys immediately withdraw all notice letters sent to Apple App Makers and cease its false assertions that the App Makers’ use of licensed Apple products and services in any way constitute infringement of any Lodsys patent.

Topics
Video-editing app LumaFusion to get a Galaxy Tab S8 launch
The best grocery list apps for iPhone and Android in 2023
My iPhone 14 Pro camera is ruined, and it’s all Apple’s fault
The best QR code scanning apps for iPhone and Android in 2023
This Apple leaker just revealed tons of changes for iOS 17 and iPhone 15
The best phones in 2023: which smartphone should you buy?
You shouldn’t buy the Galaxy S23 Ultra — and that’s the best thing about it
Netflix for books: Get 2 months of Kindle Unlimited for free
The best Android phones in 2023: top 10 best ones you can buy
We have the Vivo X90 Pro, one of 2023’s most interesting Android phones
Forget the Steam Deck — this modded Android phone is a gamer’s dream
This Galaxy S23 Ultra case gives Samsung users a huge iPhone 14 feature
LastPass vs. 1Password: should you switch?