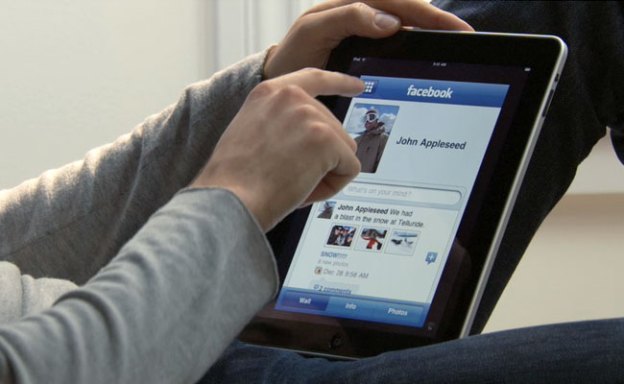 There’s more news about Facebook’s push into the mobile territory. On top of this Project Spartan business and the Facebook photo-sharing app, there is more conclusive buzz about the iPad getting a Facebook app.

The free app is planned to be unveiled in the coming weeks. The design will be tailored for the iPad’s touchscreen surface and it’s been said that the Facebook Chat and Facebook Group features will be overhauled. Developers are also pushing a feature using the iPad’s camera that will allow users to upload photos or video directly.

It’s been over a year since the iPad came out and Facebook has been lagging on a native app; though, they were right there with a free official Facebook app for the iPhone when the App Store was opened in 2008. The iOS version, being formatted for small screen, has been taunting hardcore Facebook yearning iPad users. There have been outside developers who’ve done their best to create iPad friendly apps, they’re not the same.

There are many reasons why this marriage should happen. Facebook has 700 million worldwide users as well as 250 million logging on through mobile. Apple has sold 25 million iPad units in the year it’s been out for. Besides the numbers and the possible boost in Facebook’s much needed mobile growth, the iPad app would also help Apple in their competition with Google’s tablet. So why have we been waiting around this whole time?

According to the New York Times’ Nick Bilton, the app has actually been in production for almost a year. Developers have been refining the app but now it’s in its final testing stages. The Mark Zuckerberg himself has invested time in the project and oversaw development of the many new features and designs for the iPad.

One person who saw the app said, “The photo and video experience is amazing, offering full resolution and full-screen images”.

The New York Times did not reveal any of their sources saying that these people chose anonymity because the product plans were confidential. Spokespeople for Apple and Facebook have so far declined to talk about any future products.