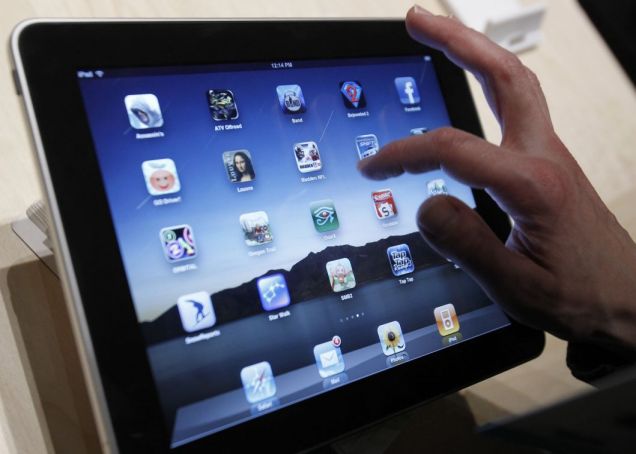 As if selling 300,000 iPads on day one and two million of them in two months weren’t evidence enough that Apple had a hit on its hands with the iPad, it seems the supertablet has recently been elevated to an even higher status: the fastest-selling gadget ever.

According to Bernstein Research, Apple now moves over 4.5 million iPads per quarter, earning it that enviable title. At that rate, Apple moves more than 49,000 iPads in a single day, or about one every two seconds.

“By any account, the iPad is a runaway success of unprecedented proportion.” said Colin McGranahan, retail analyst at Bernstein Research, in a note to investors. By contrast, DVD players sold only 350,000 in their first year on the market, and it took the iPhone an entire quarter to reach one million units sold.

If it stays on track, analysts suggest it could become a category all its own in consumer electronics, ranking fourth behind TVs, smartphones and notebook PCs with an estimated $9 billion in U.S. sales.

Curiously, despite the comparisons to DVD players and iPhones, Bernstein neglected to mention which gadget, exactly, the iPad had replaced as “best selling,” leaving some question of how contested the title really is.

Despite concerns that iPad sales are cutting into traditional notebook PC sales, NPD reported earlier this month that only 13 percent of iPad owners bought their iPads in place of a conventional computer.

Video-editing app LumaFusion to get a Galaxy Tab S8 launch
What to expect from Google’s October 6 event: Pixel 7, Pixel Watch, and more
Google gives Maps’ Immersive View a boost and adds a new vibe feature
This new Google Lens feature looks like it’s straight out of a sci-fi movie
Razer’s 5G-enabled handheld gaming system is getting a public release
How to change the time font on your iOS 16 lock screen
How to use iOS 16 photo cutout to cut and paste images
The best selfie apps for iOS and Android
Experts say the iPhone 14’s satellite feature may have a dangerous side effect
How the Galaxy Z Flip 4 fixed my unhealthy phone habits
iOS 16’s biggest Apple Pay feature might be delayed until 2023
Best iPhone deals and sales for September 2022
Huawei’s Mate 50 Pro is here with an insane 200x zoom