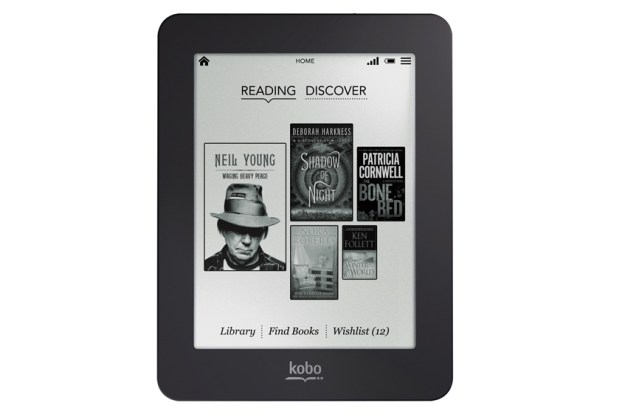 “The Kobo Mini comes with a budget price tag yet doesn't come off as cheap.”

The eReader category settled in to the 6-inch screen size several years ago, despite attempts from the likes of Amazon and Sony to go bigger and smaller. The larger displays were pretty niche to begin with, but the smaller ones actually made sense. Now that Sony is no longer selling their 5-incher, we’re happy to see Kobo picking up the size with the Mini.

A smaller size means a lower price, and $80 is pretty sweet. Going budget on an eReader isn’t always a good idea, even in an age where the two biggest players’ devices start at just $20 more. The Mini has more going for it than price, though.

The first question to ask when considering the Kobo Mini is: why does anyone need an eReader this small? Most of the competition isn’t that much bigger, and any eReader worth buying these days is light and most will fit in a big pocket. The Mini can fit in smaller pockets, though we doubt most people will carry them there. This size does have some advantages.

It’s easier to use one-handed than the 6-inch Kobo eReaders since it’s possible to reach across the 5-inch E Ink display with the left thumb and swipe to the next page. The Mini is also well suited for smaller hands, so even small kids can enjoy reading on it. Plus, a lighter eReader means more comfort for long reading sessions.

Other than the small size, the Kobo Mini is similar to other Kobo eReaders, both in look and feel. It comes in black or white, and the back cover is just slightly matte, so it won’t slide from your hands. The back is user replaceable if you want to change up the Mini’s look. This is also how you access the microSD slot if you need to add on to the 2GB of internal storage. The only button is the power slider up top. Otherwise, everything is controlled by touch on the screen.

In the past couple of product generations, Kobo has greatly improved its overall interface. While still basic, it’s at least intuitive and easy to understand. The company finally figured out that what readers want is to get into their books as quickly as possible.

A smaller screen means fewer words on each page, particularly if you like your text big. If you want to minimize the amount of page turning, then the Mini probably isn’t right for you. We found that, once immersed in a book, we didn’t notice much more page turning than normal. Those used to reading eBooks on small phone screens will see this as a step up in more ways than just this.

Readers have plenty of options when it comes to how the text looks on the page. There is a choice of ten fonts plus sliders for text size, line spacing, margin width, and text orientation. We particularly like the advanced font settings where you can control font weight and sharpness, something we haven’t seen outside of Kobo’s offerings. These options mitigate some of the issues we had with the display.

The two issues that dog the Mini are speed and display quality. Compared to the Kindle PaperWhite and the Nook Simple Touch, the Mini’s Vizplex E Ink screen doesn’t have as much depth of contrast and isn’t as crisp. We noticed this even before placing the competition side-by-side. The contrast on the Mini is acceptable, especially at this price point. Though spend just a bit more and the quality goes up noticeably.

On the performance front, the Mini isn’t as quick to respond as the competition, either. Page turns happen fast enough, but the flashing characteristic of older eReaders hasn’t yet been solved completely for this device. The flash is much less pronounced than we were used to seeing just three years ago, however.

Outside of basic reading, Kobo’s software offers all the extras eBook lovers expect, such as notes/annotations, highlights, dictionary look up, translation, search, and social network sharing.

From boot, the Kobo interface is simple to understand, and the Mini guided us through setup. We’re not fans of the fact that it needed to download an update right away, but otherwise setup didn’t take too long. Once hooked into our existing Kobo account the Mini synced our books and reading stats. The opening screen helpfully arranges the covers of books in progress and not yet read. With one tap, you’re in.

Again, an overall slowness mars the experience somewhat. We often had to wait a second after tapping an element to see if the Mini would respond. We got frustrated when looking through our library or the bookstore since each time we changed the page we had to wait for both the processor and the screen refresh rate. It’s not so slow as to be unusable, and E Ink devices will never be as fast as LCD. The Mini takes a hair longer than it should, and that adds up.

With the Wi-Fi off, the Kobo Mini is rated to last up to a month. We kept the Wi-Fi on and used the eReader for a week, reading about 4 hours a day. The battery meter didn’t get down to half in that time, so we’re confident the longevity here is pretty good.

The Kobo Mini is equipped with Wi-Fi, and you can buy new books from the Kobo bookstore right from the device. The library boasts over 3 million books, magazines, and newspapers, including many new titles and bestsellers.

Since the Mini reads EPUB files, it is possible to load eBooks from other stores such as Sony, Barnes & Noble, and Google Books. You’ll need a third-party app to do so (Adobe Digital Editions, free). That same program also makes it possible to read eBooks from public libraries, if your local branch supports it. This gives the mini more versatility when compared to Amazon’s Kindles, which can do the library thing but are mostly limited to the books in Amazon’s catalog.

Like Amazon and Barnes & Noble, Kobo stores the purchases you make through their system in the cloud. No matter what Kobo device or app you use to buy the book, it will show up on the Mini or any other Kobo eReader once synced.

If you’re hardcore enough to want the numbers, here they are. The Kobo Mini’s 5-inch E Ink touchscreen has 16 levels of grayscale and an 800 x 600 resolution. Not super high, but this is a budget item. Inside it runs on a 800 MHz processor and has 2GB of internal storage. It has a micro USB port for charging and data connection and a microSD card slot for expansion. A 802.11 b/g/n radio provides wireless connectivity.

The $80 Kobo Mini comes with a budget price tag yet doesn’t come off as cheap. Yes, to get to that price point there are sacrifices in quality — you won’t get the crispest screen or the fastest performance. But this is not a crappy dollar store eReader, it’s a good option for consumers whose primary concern is price or who don’t want to spend too much on something for a child who may not treat it as well as they should.