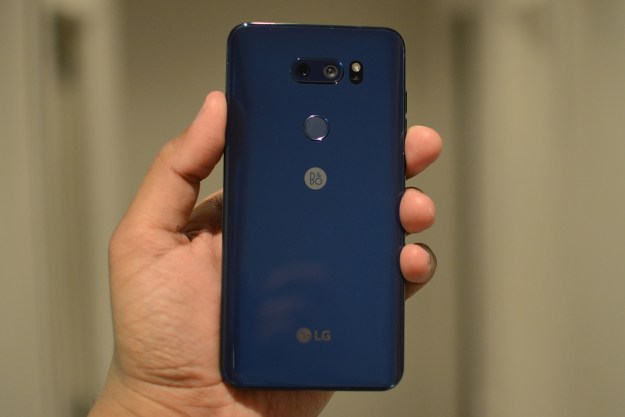 “The LG V30S ThinQ is a confusing and rather disappointing revision to an already excellent smartphone, which didn't really need updating at all.”

Have you recently purchased an LG V30? You may be frustrated to learn LG has released an updated model called the LG V30S ThinQ. Have you wasted your money, and now own an outdated device? The good news is that you haven’t. The V30S ThinQ looks identical to the V30, and only has a handful of technical alterations, plus some software changes that you may, or may not, be that worried about.

The V30S ThinQ is an enigma. It’s not the new G Series smartphone many may have expected to arrive at Mobile World Congress, and it’s not an existing device revision on the same scale as the OnePlus 5T over the OnePlus 5. The V30S ThinQ has 6GB of RAM and you can choose between 128GB or 256GB of storage space. The older LG V30 has 4GB of RAM and either 64GB or 128GB storage. Aside from this, everything else specification-wise is identical.

What’s the reason for updating the V30? Because the artificial intelligence bandwagon is about to depart, and LG wants to be onboard. This has translated into two primary new features in the camera software, the integration of LG’s ThinQ smart home control system, a visual search engine called QLens, and a Korea-only voice control system called QVoice. Aside from QVoice, there’s a strong chance these new AI features will come to the old V30 too, so you may not miss out at all, although the decision on when and if they’re coming hasn’t been finalized yet.

The first AI feature is Bright Mode, which enhances low-light photography by increasing the “brightness” of photos taken in dark environments by two times. It does this by enlarging the pixels, but lowering the megapixel count. It’s decreased from 16-megapixels to 4-megapixels for Bright Mode pictures. Think that sounds like a bad deal? Surprisingly it’s not. We took photos in a dimly lit bar and the Bright Mode image was considerably more detailed than the standard picture, just not as pixel dense. If it was a picture we were taking to share on social media, we’d pick the photo using Bright Mode, which makes it worthwhile. We also like that this is an optional feature. It activates automatically, but can be quickly switched off if you don’t want it.

It’s nowhere near as polished and instantly usable as Huawei’s AI camera.

But while effective sometimes, it didn’t do much sometimes, and differences between the a Bright Mode picture and a normal picture were impossible to spot. This downward slide in AI feature quality continues with AI Cam, LG’s other AI feature. This operates somewhat like Huawei’s AI-driven scene and object recognition system on the Mate 10 Pro, which adjusts camera settings based on what the camera “sees.”

Switch to AI Cam on the V30S and point it in the general direction of something, and a bizarre word cloud starts to appear. Words like Fashionable, Beer, Architecture, Hand, One Person, and Technology manifest on the screen, sometimes unrelated to what’s in front of it, eventually prompting the camera to select a mode. We pointed it at a tea cup, and after flashing up various words for a while, it selected Food mode. There are eight categories right now, with more to be added in the future.

This is on-board machine learning, without the help of a dedicated AI processor, although the majority of the processing is still carried out on the phone rather than in the cloud. It’s also not LG’s own technology, it’s from a company called EyeEM, and has been tweaked by LG following installation on the V30S, including changes to make the software more power efficient. Due to AI Cam’s reluctance to actually change modes in a timely manner, it’s nowhere near as polished and instantly usable as Huawei’s AI camera. The changes it makes are optional though, and you can turn off the selected mode if you prefer.

QLens is a visual search engine and translation tool, which integrates with Amazon and Pinterest for product search and identification. We didn’t have network connection (it was a Korean model) when we tested the V30S so were unable to check how this worked. Finally, ThinQ allows you to control LG smart home products using Google Assistant. Again, we haven’t tried this because no LG connected devices were available at the time.

LG will introduce the V30S ThinQ in two new colors — moroccan blue and platinum grey. These are variations on existing V30 colors, and the blue in particular looks fantastic, with a greenish hue appearing through the deeper blue color. The platinum grey is also darker than the V30 version. Prices will be announced locally upon release, and the V30S ThinQ will launch first in South Korea in March. It won’t necessarily replace the V30 everywhere, but may do in some markets. If we don’t sound sure, it’s because LG itself isn’t sure at the moment.

The LG V30S ThinQ is a confusing phone. It adds very little to an already capable phone, and the features it does add — that work effectively, at least — should really have been included on the V30 when it was first announced, less than six months ago. They’re not a reason for LG to update the phone, let alone a reason for you to update your V30 to it. Another flagship LG phone is coming later this year, and we’re hoping it’s considerably more focused than the V30S ThinQ.