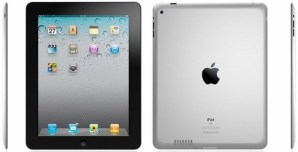 Design changes have caused crippling setbacks in the production of Apple’s iPad 2, pushing launch of the device until June, reports Reuters. The second-generation tablet was originally due out in April, but according to Taiwanese brokerage firm Yuanta Securities, production bottlenecks at the Hon Hai facilities, which makes the iPad, have pushed back the device’s debut.

The delays are reportedly the result of changes to the iPad 2’s design by Apple, made before the Lunar New Year, which happens at the beginning of February.

“Our checks suggest new issues are being encountered with the new production process and it is taking time to resolve them,” Yuanta’s head of downstream tech equities, Vincent Chen, told Reuters.

The report contradicts several predictions made Monday that the iPad 2 could launch as soon as next month, based on the the fact that certain models of the first-generation iPad are currently listed as “sold out,” or have had their prices reduced, at a number of European retailers — a sign, some say, that the release of a new iPad could be imminent.

Since none of this information is coming from Apple itself — not that we could expect such a thing before a product’s official announcement — we have to write off all of these reports as rumors. Chances are good that the Reuters report is true, or at least the most accurate. So if you have to go bragging to your friends about the latest on the new iPad, we’d recommend you go with that as the final word (for now).

Update: Just a few hours after the Reuters delay rumor went live, All Things D reported that Apple will hold its iPad 2 event on March 2. In fact, Reuters went back and changed their story to report the March 2 launch date. “Multiple sources” confirm the All Things D report, but Apple still won’t comment either way. Which means this is all still in the rumor realm. But if you want to live on the edge, go ahead and mark your calendars for March 2.

For a complete run-down on the iPad 2, check out “everything we know” about the upcoming device.

An update was added to this story to reflect the most recent information at 5pm EST.