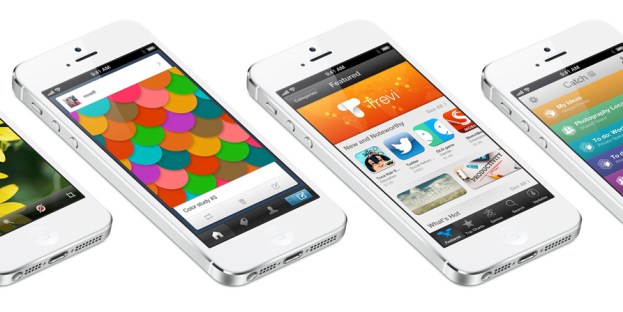 Reuters has published a rumor report claiming Apple may launch two new iPhone models with larger screens in the future, and both 4.7-inch and 5.7-inch sizes are being considered. The information comes from four anonymous sources with, “Knowledge of the matter,” and is said to be a response to Samsung’s continuing market dominance.

Apparently, Apple has approached its supply chain partners to discuss using a bigger screen on a future iPhone model, but the report is very clear when it says none of its sources have said the plans are final. One said, “Apple constantly changes product specifications almost to the final moment, so you’re not really sure whether this is the final prototype.”

Last year, for the first time since its introduction, Apple increased the size of the iPhone’s screen from 3.5-inch display to 4-inches. To introduce a pair of iPhone models with such a dramatic alteration would be very different, however it could be that the 4.7-inch device is a contender for the sixth generation iPhone, while the 5.7-inch model may bridge the gap between the iPhone and the iPad Mini.

Such a large screen is unusual in the market at the moment, but they’re gradually becoming more commonplace thanks to phones such as the ZTE Grand Memo, the Huawei Ascend Mate, and the Asus Fonepad Note. Devices with a screen size between 5.5-inches and 6-inches could become even more popular should the Galaxy Note 3’s spec match the rumors, as it has been linked with a 5.9-inch display.

It’s not surprising to hear Apple is experimenting with alternative iPhone designs, but it’s not absolute proof such a product will ever go on sale. However, during the WWDC keynote earlier this week, there was much talk about iOS 7 ushering in a new era at Apple, so perhaps the launch of some radical (for Apple, anyway) new smartphone hardware is on its to-do list?

According to Reuters though, these phones aren’t likely to come this year, which fits in with previous rumors about a large iPhone coming in 2014. Instead, 2013 will bring us an iPhone 5S with fingerprint scanning technology, along with the long-rumored low-cost, plastic iPhone, which will be available in five or six different colors and cost $99. Both these will begin production over the coming weeks, ensuring they’ll be ready for a September launch.