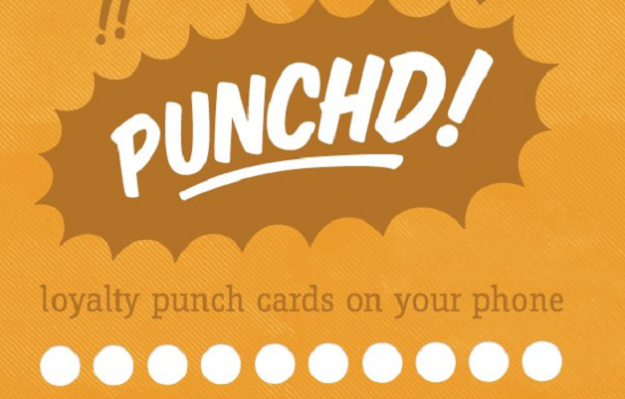 It’s rumored that Google plans on acquiring the San Francisco based loyalty card service called Punchd Labs Inc., or Punchd. The move by the search engine giant is most likely an attempt to bolster their NFC payment system Google Wallet.

The financial details aren’t official as neither parties have confirmed the deal, but according to TechCrunch two of their unnamed sources say that the acquisition price is between a low seven figures and $10 million.

Punchd is a digital customer loyalty program for mobile devices which replaces those buy-10-get-1-free cards at coffee shops, frozen yogurt, bagel stores, supermarkets and other places. All you do is point your phone towards the punchcode at the register after your purchase and your punch gets recorded.

The Punchd startup is part of the venture capitalist Dave McClure’s 500 Startups, an internet startup seed fund and incubator based in Mountain View, California. The startup’s team consists of developers Xander Pollock, Niket Desai who replaced Grantland Chew and Reed Morse. These developers will reportedly still be working on the Punchd project within Google, according to one of TechCrunch’s sources.

The mobile loyalty card service is made for Android and iPhones, and it makes sense combining with the recently announced Google Wallet. The Google Wallet near-field communications (NFC) plans for all store loyalty programs, credit cards and coupons to become compatible with the the application. While Wallet has loyalty provisions already, these could be enhanced through Punchd. The acquisition also may mean a more polished interface for Google Wallet.

Electronista comments that the San Francisco based start-up buyout could be a counter to a feature found with Jack Dorsey’s mobile payments service Square, which is one of the major competitors to Google Wallet. Square’s Card Case app allows users to start a tab at business and streamline payment options.