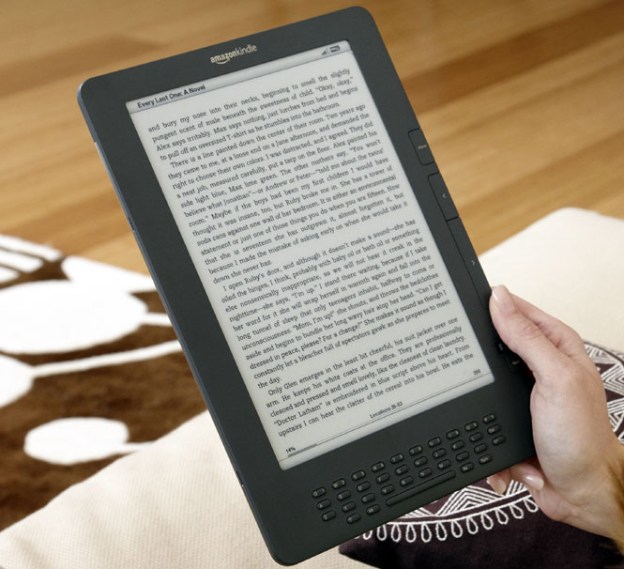 In October last year, Amazon discontinued its Kindle DX e-reader, a dinosaur of a product in more ways than one, as not only was it massive, but it had effectively been replaced on the market by similarly sized tablets. It did, however, have its fans, and any who have been lamenting its passing will be overjoyed to learn the Kindle DX is back on sale. It’s not through a third-party either, but Amazon itself.

A trip over to Amazon.com reveals the Kindle DX is in stock and ready for delivery. The 9.7-inch e-reader comes with Amazon’s free 3G network which works all over the world, and enough storage memory for 3,500 books, newspapers, and magazines. The latter two of categories are ideally suited to reading on the DX, thanks to the big screen.

It is, however, priced at $300, which is more than a Kindle Fire HD 8.9 and any number of other Android tablets, while being about the same as the Nexus 7 and an iPad Mini. For another $100, prospective buyers could have an iPad 2 directly from Apple, or shopping around should produce a Galaxy Note 10.1 for a similar price.

Aside from that, it’s also by far the most expensive E Ink Kindle e-reader, and is almost twice the price of the 3G version of the Kindle Paperwhite, and four times that of the basic Kindle. Back in 2009, when the DX first went on sale, it was priced at a whopping $489. The newly revived Kindle DX can also be delivered internationally, and one shipped to the UK will cost in the region of $390, or £250.

Amazon released a statement to celebrate the return of the Kindle DX, confirming its site shows up to date availability of the product, and adding, “We’re excited to offer customers this option.” While this may be true over at Amazon headquarters, it remains to be seen whether customers feel the same way.