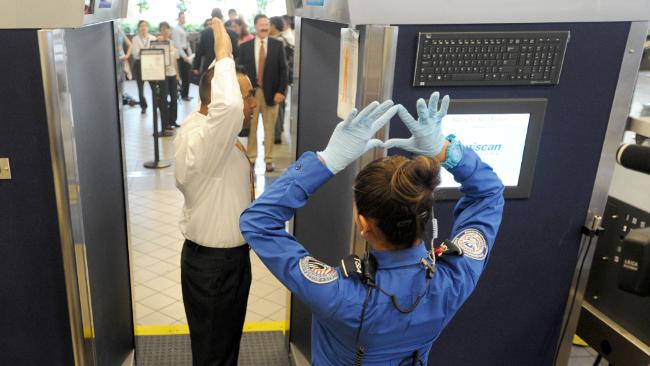 Arrested in Terminal One of the Fort Lauderdale-Hollywood International Airport, former US Transportation Security Administration (TSA) agent Nelson Santiago-Serrano was caught with stolen property in his pants. An employee of Continental watched Santiago-Serrano take an iPad out of a piece of luggage and stuff the Apple device into his pants. After alerting authorities, Santiago-Serrano was taken into custody.  He told authorities that he had stolen $50,000 dollars worth of electronics including computers, video cameras, GPS units and other various devices.

Once Santiago-Serrano pilfered a new item, he listed the item online and typically sold it before his shift ended. Thirty-year-old Santiago-Serrano worked for the TSA for the last 30 months, but was fired by the TSA after being charged with two counts of grand theft. The sheriff’s office is attempting to locate victims of  Santiago-Serrano’s actions. Santiago-Serrano was released Tuesday on a $4,000 bond.

This isn’t the first time a TSA agent was arrested for theft of personal property. In June, former TSA agent Paul Yashou was arrested for stealing personal property at Terminal One of the Los Angeles International Airport. Yashou actions were discovered by a tip from an Orange County pawn shop. It’s estimated Yashou stole $30,000 of property in his nine years as a TSA agent. Former TSA agents Karla Morgan and Dawn Nikole Keka were arrested for stealing money from luggage planted by authorities in a sting operation. Former TSA agents Persad Coumar and Davon Webb were also caught stealing money from bags and police found $40,000 of loose bills at their homes. Coumar and Webb claim to have stolen $160,000 in property while working at New York’s John F. Kennedy International Airport.

Santiago-Serrano’s actions serve as a reminder to all travelers to repeatedly check belongings for expensive portable electronics as well as any traveling money when traveling via plane. Other tips include using padded notebook pockets in luggage, laptop locks and online laptop tracking.