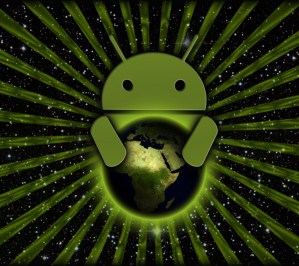 Google’s Android operating system has overtaken Apple’s iOS and Research In Motion’s Blackberry OS in the US market, according to new data out from Nielsen. Android has secured 29 percent of the market, while iOS and Blackberry each hold 27 percent.

But that information alone doesn’t tell the whole story. The answer to who’s winning the US smartphone battle, says Nielsen, “depends on whether you’re looking at operating systems or manufacturers.”

Yes, Android wins if operating system is the only value taken into consideration. “But an analysis by manufacturer shows RIM and Apple to be the winners compared to other device makers since they are the only ones creating and selling smartphones with their respective operating systems,” Neilsen points out. That means one third of the smartphone-using population owns an iPhone, and another third owns a Blackberry device.

The 29 percent owned by Android breaks down like this: HTC devices running Android make up 12 percent, followed by Motorola handsets, which make up 10 percent of Android phones. Samsung falls in third place, with 5 percent. And then there’s 2 percent of “other.”

Nielsen also reports that Android is catching on most with the younger crowd, with 6 percent of those ages 18 to 24 opting for an Andoroid-based device, and 8 percent of the 25-34-year-old crowd doing so. That’s in minor contrast to 4 percent in the 18-24 bracket going for either an Apple or Blackberry device. (Apple is equal to Android in the 25 to 34 range. And RIM falls just slightly behind in that category, with 7 percent.)

Obviously, the gaps here are minimal, with the top three competing operating systems all taking about a third of the market. But this report does show that Android is still on the upswing, and is likely to remain so for some time.

Video-editing app LumaFusion to get a Galaxy Tab S8 launch
The best tablets for kids in 2023: top picks for your kids
My iPhone 14 Pro camera is ruined, and it’s all Apple’s fault
The best QR code scanning apps for iPhone and Android in 2023
Trading in your iPhone with Apple? You’ll get less than yesterday
If this Apple Watch Ultra 2 rumor is true, I already don’t want it
Why you need to look closely at the Galaxy S23 to see what makes it special
Samsung Galaxy S23 colors: here’s every style you can get
Samsung Galaxy S23 vs. Galaxy S23 Ultra: is the Ultra worth $400 more?
Does the Samsung Galaxy S23 come with a charger? Know this before you buy
Apple Watch Series 8 is down to its lowest-ever price
Best Buy will give you a $100 gift card to buy the Galaxy S23
How the Galaxy S23 copies the iPhone, and why it’s great