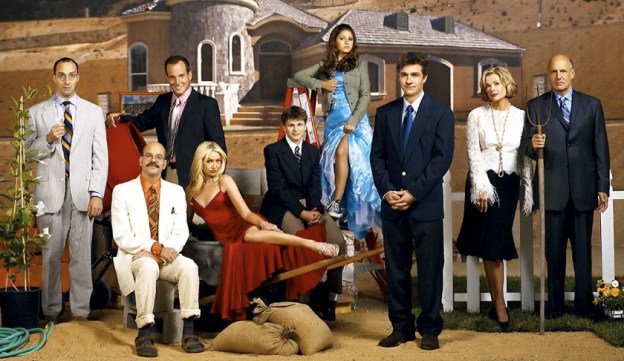 Netflix may have found a way to worm itself back into consumer’s hearts. The company has struck a deal with Twentieth Century Fox to launch the new episodes of the Arrested Development TV series next year.

In a statement, Netflix Chief Content Officer Ted Sarandos said, “Arrested Development is one of the finest American comedies in TV history and its return through Netflix is a perfect example of how we are working closely with studios and networks to provide consumers with entertainment they love.”

The deal means exclusive streaming of all the new episodes for U.S. Netflix members, which will begin in early 2013. Netflix apparently emerged victorious from a bidding war with Showtime over the Emmy-award winning comedy.

The financial terms of the deal haven’t been released, though Variety points out that they could be substantial if you think about the talent involved. Last month, creator Mitch Hurwitz said he would be reuniting the Arrested Development actors for the revival. The Bluths and other regular actors of the ensemble show say they’ll be a part of the new project, though it’s worth noting that no actual deals have been made yet. It’s also worth noting that some of the major players, such as Portia de Rossi and Will Arnett, are currently committed to other projects.

Imagine Television principals Ron Howard and Brian Grazer are on board with Hurwitz for the project. The show follows Family Guy in successful Fox series revivals . The new season of episodes is supposed to lead up to a grand Arrested Development feature film, but details about the film aren’t clear yet; however, some Variety sources say the film may be currently in development at Fox Searchlight.

Netflix has recently faced criticism over decisions regarding the services pricing. The streaming company has been making efforts to obtain original programming, spending $100 million for the rights to adapt the House of Cards BBC drama which will star Kevin Spacy and have David Fincher attached to produce.