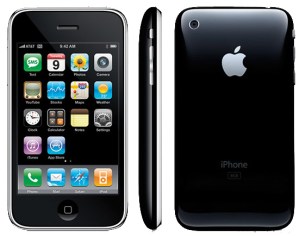 The international legal scuffle between Samsung and Apple continued this week with the Korean technology manufacturer firing off the latest volley against its Cupertino rival.

This time around, Samsung has filed a complaint in France alleging that Apple infringed upon three of its patents in its iPhone and iPad products, according to AFP. Originally filed back in July but announced on Monday, the complaint claims that the latest iPhones and 3G-enabled iPad models violate a trio of Samsung’s patents.

If you’re wondering how this differs from the recent Apple vs. Samsung case in Germany that resulted in a nationwide injunction against the Samsung’s Galaxy Tab 10.1, you’re not alone. While details remain a bit sketchy at the moment, recent reports indicate that the French complaint specifically addresses the 3G mobile technology used in the Apple devices, and not the design of the devices (which was the focus of the German complaint).

Along with the German and French legal drama, Samsung and Apple are also currently battling it out in the Netherlands, Australia, the U.S., and several Asian countries — including a request by Samsung to have Apple’s products banned in South Korea.

The first hearing for the French case is scheduled for December, though at the rate we’re going, there will probably be a few more cases announced between now and then.

Topics
iPadOS 16: Everything we know about the iPad’s next update
Apple just gave you a reason to ditch your Mac for an iPad
ROG Strix Scar 17 SE debuts Intel’s beastly 55-watt HX chips
Samsung’s Galaxy Chromebook 2 360 looks solid for just $430
AMD quietly slashes the prices of some of its best CPUs
A keyboard with its own CPU and GPU? Yes, it’s real — and it’s coming soon
The dream isn’t over — AMD’s RX 7900 XTX may still hit 3GHz
Great, now even the RTX 4090 power connectors are starting to melt
Best Samsung Galaxy Note 20 deals for November 2022
Nvidia’s RTX 4080 may be up to 45% slower than the RTX 4090, but it’s still pricey
We’re lovin’ this official McDonald’s gaming chair — the McCrispy Ultimate
Scientists find a surprising answer to the future of computers — paper
The Framework laptop is officially Thunderbolt 4 certified