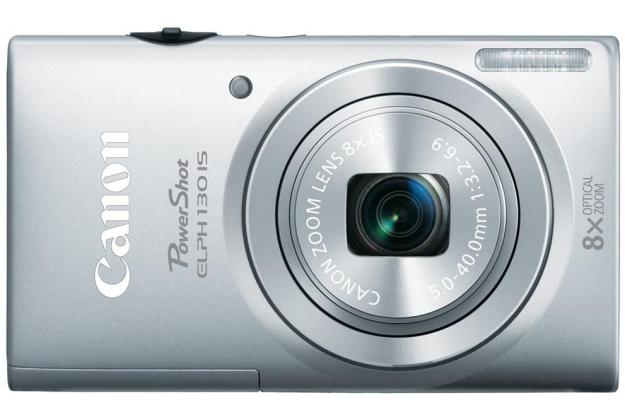 “There is still an audience that prefers small, easy-to-use point-and-shoot cameras, but there are better options than the PowerShot 130 IS.”

As phone makers continuously churn out smartphones with ever-improving cameras that rival point-and-shoot cameras in image quality and surpassing them in connectivity, one wonders why products like the Canon PowerShot 130 IS ($200) continue to exist. Smartphone adoption is rising, but there are consumers who still prefer a standalone, easy-to-use pocket cam with features like an optical lens and image stabilization. With the 130 IS Canon also put Wi-Fi functionality for wireless connectivity. But does a simple no-frills camera like the 130 IS still have a place in this world?

Specs wise, the 130 IS model is similar to the PowerShot 115 IS that’s in Canon’s current lineup, which sells for $170. What you get for $30 more in the 130 IS is Wi-Fi. The Wi-Fi implementation is the same one that Canon is currently using across its PowerShot lineup, which lets you pair with an iOS or Android smartphone; back up to a computer; pair with another PowerShot; print to a compatible printer; or upload to a social media site via Canon’s Image Gateway portal. Canon’s Wi-Fi setup isn’t the most comprehensive nor is it easy to figure out, but we managed to pair with a smartphone that we used to upload a photo taken with the 130 IS onto Facebook. If you’re transferring images to a computer, it’s far more convenient to swap the card out of the camera and plug it into a card reader. If you have no need for Wi-Fi, you can downgrade to the 115 IS. You can read more about the Canon Wi-Fi experience here.

The 130 IS generally performs well to satisfy casual users, but it has issues dealing with low light.

The camera is designed to be fully automatic. There are two main shooting modes – Smart Auto (where the camera takes care of everything) and program (you can adjust ISO, exposure compensation, white balance, etc.) – but the majority of users of this type of camera will shoot in automatic. There are also creative modes that let you pick the scene that matches the shooting conditions, add special effects and filters, capture long exposures, or shoot when the camera detects a smile, just to name a few.

Like all ELPH cameras, the 130 IS has a sleek, slim profile, measuring approximate 3.8 x 2.2 x 0.8 inches and weighing about 4 ounces – definitely pocket friendly. We think the construction is good, but there is a slight chintzy quality about it. A 3-inch LCD (rated at 461k dots) takes up most of the back, but to the right of it you’ll find the usual cluster of point-and-shoot function buttons; as it’s designed to be super easy to use, you won’t a lot of confusing buttons. The buttons are on the small side, so, depending on the size of your hands and fingers, the 130 IS can be easy to hold and buttons easy to reach, or the complete opposite. However, unless you’re shooting purely in Smart Auto, using the buttons to drill through some the menus can be tiresome. As you’d expect, because it isn’t a touchscreen, entering login information when setting up Wi-Fi can be an involved process.

There’s minimal content inside the box. Besides the camera you’ll find the battery pack, battery charger, USB interface cable, wrist strap, quick start guide, and disc containing software and the full manual. If Canon ditched the CD and went with an online download method, the box could be much smaller.

It doesn’t get any more basic than the 130 IS when it comes to using it. Press the on button, aim, focus, and shoot. The red dotted record button lets you enter video mode directly. The only times you’ll have to go through the laborious onscreen menus via the four-way direction pad is if you need to adjust settings, but otherwise it’s a no-brainer to use. The LCD isn’t the brightest when you compare it to higher-end models, but for an affordable cam it’s better than most and there’s minimal latency. Still, you’ll notice a bit of screen noise in low-light situations.

The camera isn’t speedy, but it isn’t detrimental to the overall experience. It takes a little over a second for the camera to start up, but there’s a bit of shutter lag at a little over 3 seconds between shots. Burst mode is only 0.8 shots a second. Autofocus is OK but not remarkable, and it’s slower in low light. If you’re looking to capture fast action or shoot with a wide aperture, this isn’t the camera for you. It’ll do fine for capturing typical every-day shots.

As for image quality, we tend to praise the PowerShots, but the 130 IS won’t blow you away. We shot most of our photos using the Smart Auto mode, switching to program when we needed to tweak the ISO and exposure value. The 130 IS generally performs well under bright clear skies to satisfy casual users, but it has issues dealing with low light, even in indoor situations where we thought there was ample natural light. Even though Canon touts the camera’s Intelligent IS low-light performance, all our photos came out noisy when shot in anything that isn’t brightly lit. (With a small CCD sensor and older image processor, we weren’t at all surprised.) What we do like is that Canon was able to put an 8x optical zoom into this compact camera; the zoom speed isn’t the fastest, but it’s fine for most users. With video recording, the 130 IS actually does a very good job capturing footages with smooth motion, but they aren’t the sharpest or well-focused we’ve seen from a PowerShot. Videos shot in low-light exhibited noise, but perfectly usable especially if you plan to view them in smaller sizes. Overall, the image and video quality is fine for sharing on the Web or e-mail in smaller sizes, but you’ll notice the shortcomings if you plan to use them any larger, say prints.

As for battery life, the camera is rated at 190 shots – 260 if you employ the ECO mode. That’s not a lot, so if you’re using it continuously throughout the day, say, when on vacation, you should make sure to recharge it daily, especially if you’re using Wi-Fi. Otherwise you can get a few days worth of casual shooting before a recharge.

When it comes to a simple point-and-shoot camera, it doesn’t get any more basic than the 130 IS. What you get for the slight premium is some style, an 8x optical zoom, and Wi-Fi. The 130 IS is ideal for people who want a small pocketable camera that’s easy to use; we can see this as an attractive option for young kids who want a connected camera or older adults who don’t want to fuss with technology. However, as smartphone cameras are increasingly getting better to a point where they rival point-and-shoot cameras like the 130 IS in image quality – and more people, kids included, are adopting them as their primary device for casual photography – it’s very difficult to recommend a camera like the 130 IS to the masses.

We know there are still many people who don’t own smartphones, or, if they do, they prefer to use two devices. If you fall into either of these two categories and you’re looking for something like the 130 IS, there is a stronger option that we haven’t mentioned, and that’s Canon’s ELPH 330 HS. We gave the 330 HS some harsh criticism, but for only $30 more, it’s actually a far better camera than the 130 IS. You get a longer zoom, Wi-Fi, and better sensor and image processor. While we think smartphones are giving cameras like the 130 IS and 330 HS some stiff competition, we know there’s still a small audience for these cameras, but you can definitely do better than the 130 IS. Buy the 130 IS as a gift for someone who’s tech-phobic or a first camera for youngsters, but upgrade to the 330 HS if your budget allows.