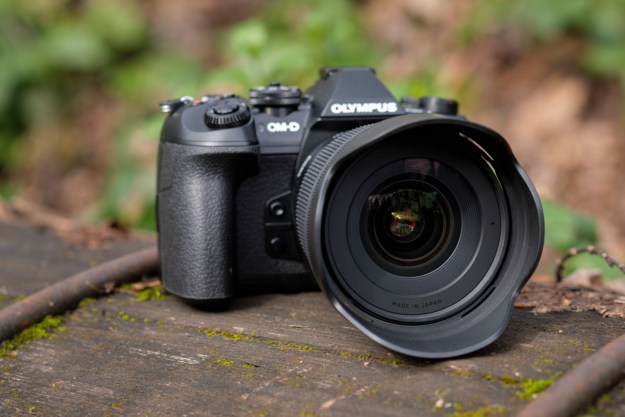 “If you want a fast wide angle for mirrorless, you won’t find a better value than the Sigma 16mm.”

We recently called the Olympus 17mm F1.2 Pro the best wide-angle Micro Four Thirds lens money can buy. That remains true, but at $1,200 it isn’t exactly a lens that just anyone is going to add to his or her kit. As you might expect with the word Pro literally in the name, it’s marketed to professional shooters who need the best and are willing to pay for it. Fortunately, there is an option for the more budget-conscious photographers out there: the new Sigma 16mm F1.4 DC DN Contemporary. With a price of just $449, it’s the fast wide-angle for the rest of us.

Sigma makes the lens in two different mirrorless mounts: Sony E and Micro Four Thirds (MFT). We tested the MFT version on two cameras, the Olympus OM-D E-M1 Mark II and the new Panasonic Lumix DC-G9, both of which use a similar 20-megapixel sensor. Fujifilm X shooters looking for a cheaper alternative to the XF 16mm f/1.4 R will be disappointed to learn that Sigma still does not produce lenses for the XF mount, sadly.

From the brass mount to the rubberized focus ring, everything about the 16mm has a premium feel. Even the included lens hood, which has both a rubberized grip at the base and a knurled ring just above it, feels very well made. It’s nice to see this level of build quality and attention to detail in such a relatively affordable lens. Not that we’re surprised — this is exactly what we’ve come to expect from Sigma.

Despite being less than half the cost of the Olympus 17mm F1.2, the Sigma posts surprisingly similar specifications, including a weatherproof body, nine rounded aperture blades, and an even more complex optical design made up of 16 elements in 13 groups. The maximum f/1.4 aperture is a third of a stop shy of the Olympus, but is still very competitive with the rest of the field. In fact, the Sigma 16mm F1.4 is actually $50 cheaper than even the Olympus 17mm F1.8, at least with regard to MSRP, although the latter is considerably more compact and portable.

From the brass mount to the rubberized focus ring, everything about the 16mm has a premium feel.

Part of the 16mm’s larger size is due to the fact that it is technically an APS-C lens, designed to cover the larger frame of Sony’s E-mount mirrorless cameras, like the A6500. On Micro Four Thirds, that means you end up with slightly more bulk than you need.

At 14.3 ounces, it is less than one ounce heavier than the Olympus 17mm F1.2, however, and is well matched to larger MFT bodies like the E-M1 II and G9.

Other than the different mounts, both versions of the lens are physically identical, but they will perform slightly differently on each format. The MFT crop factor of 2x gives the lens a full-frame equivalent focal length of 32mm. The Sony version yields a wider 24mm equivalent focal length thanks to the lesser 1.5x crop factor of the APS-C format. On MFT, it’s a capable street photography length and a good all-purpose, walk around lens. On a Sony, the wider field of view makes it a bit better suited for landscapes. Both versions should perform well for environmental portraiture, where being able to achieve a shallow depth of field while including information about your subject’s surroundings is important.

While the 16mm f/1.4 is a member of Sigma’s lower-cost Contemporary line, the company claims image quality rivals that of the higher-end Art series. We have been very impressed with Sigma’s Art lenses, which offer unbeatable value on full-frame cameras, so this is not a claim to be taken lightly. Our expectations of the 16mm were still a bit more reserved, but our experience with it was mostly positive.

Wide open at f/1.4, the lens provides a depth of field that is shallow enough to blur away backgrounds and help make subjects pop. The nine rounded aperture blades produce smooth, natural bokeh even when stopped down (and yield nice, 18-point starbursts at f/16). Subjectively, we have little to complain about. It’s not quite as impressive as Olympus’ feathered bokeh look on the 17mm F1.2 Pro, but it still looks really nice.

Objectively, however, the Sigma leaves some room for improvement. Chromatic aberration, in the form of purple and cyan fringing, is strong at f/1.4, particularly when trying to capture fine details against a bright background, such as tree branches against the sky. While you may not see this on your camera’s LCD screen, it is quite noticeable when you look at the images on a computer, even without viewing them at 100 percent. Fortunately, stopping down to f/2 greatly reduces the amount of chromatic aberration, and it is all but gone by f/2.8. However, this does limit the usefulness of the lens at its maximum aperture for certain subjects and scenes.

Despite being less than half the cost of the Olympus 17mm F1.2, the Sigma posts surprisingly similar specifications.

Sharpness is also not perfect at the widest apertures, although we would certainly put it within the realm of usable. If you’re just outputting to Instagram, you can shoot wide open all day and never notice a lack of resolution, but on a computer monitor the difference between f/1.4 and f/4 is pretty clear.

For best results, stick within the f/4 to f/8 range. Still, for the money, wide-open sharpness is admirable — but Sigma’s claim of Art-level image quality would appear to be a bit of an exaggeration.

As we’ve seen with many other lenses, the 16mm F1.4 vignettes heavily at the wide end of the aperture range, but this is a look that many photographers will probably like. If you’d rather avoid it, stopping down to f/2.8 loses the vignette, boosts sharpness, and kills chromatic aberration. You’ll have to decide when the shallow depth of field of f/1.4 is worth all of the trade-offs.

Where the lens really shines is with regard to distortion. Straight lines stay straight, right up to the edge of the frame. However, given that we were shooting the MFT version of this lens, we weren’t actually able to test its real edge performance — distortion could be slightly worse on APS-C cameras. Likewise, vignetting and peripheral sharpness may be marginally worse on the larger format, as well.

While image quality may not quite stack up with the more expensive 17mm F1.2 Pro from Olympus, usability is right on par. The autofocus is lightning fast, and only in dark situations did we notice any hunting at all. The lens is not stabilized, but worked flawlessly with the in-body image stabilization systems of the E-M1 II and G9, providing rock-steady handheld shots. We missed the Lens Function button and manual focus clutch of the Olympus 17mm F1.2, but seeing as the Sigma is made for multiple brands and mounts, it’s understandable that such features aren’t included.

Sigma offers a four-year warranty on all new products after registration.

The 16mm F1.4 DC DN Contemporary lens is another fine example of craftsmanship and value from Sigma. Sure, maybe the image quality didn’t blow us away like the Art-series lenses we’ve tried, but we really can’t complain given the price. Users will have to be careful about when they choose to shoot wide open, as certain subjects will suffer more from chromatic aberration and vignetting than others, but overall this is a great lens — and quite the bargain at just $449.

We’re probably most impressed by the build quality, and appreciate that Sigma didn’t skimp on the materials or weather sealing. This lens feels reassuring in the hand, and being matched with excellent AF performance, it gave us a level of confidence often served for first-party lenses.

For professionals who can stretch the budget, we’d recommend springing for the Olympus 17mm F1.2 Pro. At the other end of the market, many photographers may prefer the significantly lighter and more compact Olympus 17mm F1.8 (which also happens to be slightly less expensive at the time of writing, thanks to a $75 instant rebate).

However, for amateurs and enthusiasts who want a capable, fast wide-angle lens without breaking the bank, the Sigma 16mm F1.4 delivers. We really wouldn’t hesitate to recommend it, even considering its issues at the widest aperture.

For Sony photographers, the decision may be even easier. With no comparable first-party lens currently available, the Sigma looks even more attractive. As Sony appears to be focusing on its full-frame lenses lately, it’s nice that Sigma stepped up to the plate with a solid crop-frame offering.

With excellent build quality and backed by a four-year warranty, the 16mm F1.4 Contemporary is not a lens you’ll need to replace anytime soon. It is also unlikely that Sigma will come out with an updated model for at least several years, although other manufacturers may take a stab at their own versions.

Yes. There simply isn’t a better value to be found when it comes to fast wide-angles for either Sony APS-C or Micro Four Thirds mirrorless cameras. The Sigma 16mm F1.4 may not be perfect, but it should meet the needs of the majority of photographers for years to come.

Sony’s new ultra-wide full-frame lens is the first of its kind
RAW power: Fujifilm brings RAW video to medium-format GFX 100 — and a new lens
Sigma’s mirrorless ultra-telephoto is so light you’ll actually want to use it
The $600 Panasonic Lumix S 20-60mm is a unique, affordable zoom
Netflix sheds light on its ‘approved cameras’ for filmmakers
Best Prime Day Drone Deals 2022: What to expect this week
How to remove the background from an image
Instagram boss says to expect even more video content
6 awesome Earth images captured from the ISS in July
This GoPro Hero 10 bundle is $100 off at Best Buy today
The best iPhone tripods for 2022
Watch this Mavic 3 drone soar above the world’s highest mountain
How to watch DJI unveil an all-new drone today